Yamagata is the capital city of the Yamagata Prefecture located in the Tohoku region of northern Japan. As its name in Japanese meaning ‘mountain shaped’ evokes, the Yamagata city is surrounded by extraordinary mountainous formations. However, downtown Yamagata is completely flat, making it the perfect city to visit and have a stroll. The main shopping street, ‘Nanokamachi’ is just a 20-min. walk away from the main station.

The Onuma Department Store located at the center of the shopping street is host to a lot of shops selling from luxury goods, brand name cosmetics to traditional foods and ingredients from the region. One can find a special corner for Yamagata products like Tsuyahime-rice, Dadachamame-senbei, Japanese sake and various cherry based products for which Yamagata is famous. For convenience of foreign customers, the department store has a tax exemption counter which serves also other stores from the shopping street. The stores included in the tax exemption scheme are listed on the guide link at the end of the article. 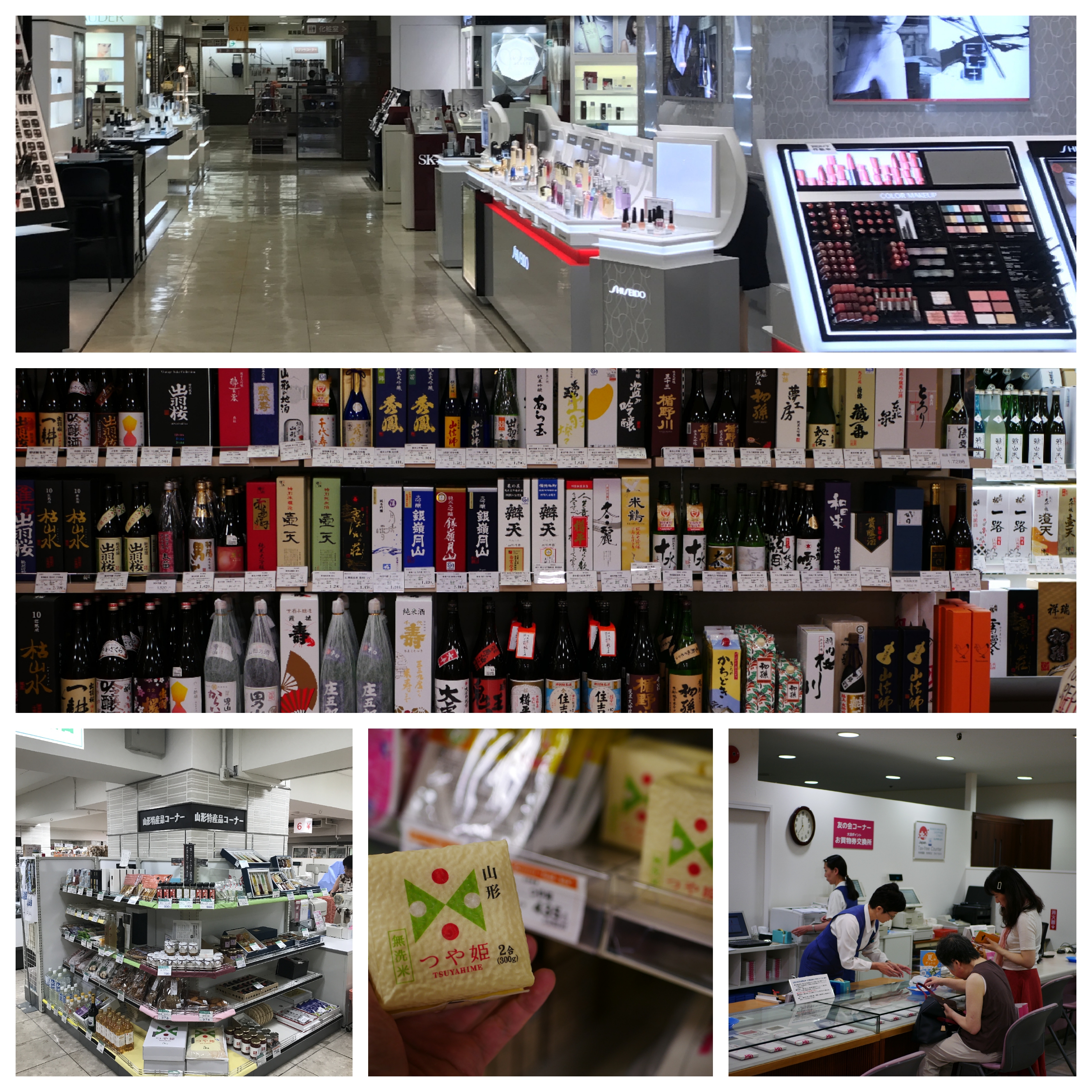 Some of the finest soba noodles at ‘Shojiya’

Soba noodles are one of Yamagata’s most famous specialty food. One great soba restaurant with a long history and fantastic taste is ‘Shojiya’, located at Nanokamachi-Gotenzeki. Gotenzeki consists of a small number of shops preserving an old style and lined up along a small canal. The noodles at ‘Shojiya’ are handmade from buckwheat flour and traditionally served over a wooden plank along buckwheat tea and optionally with side dishes as ‘tempura’ (deep friend seafood or vegetables). The restaurant has a clean and refreshing atmosphere with minimalistic geometric styles. A fantastic place to have a refreshing lunch. 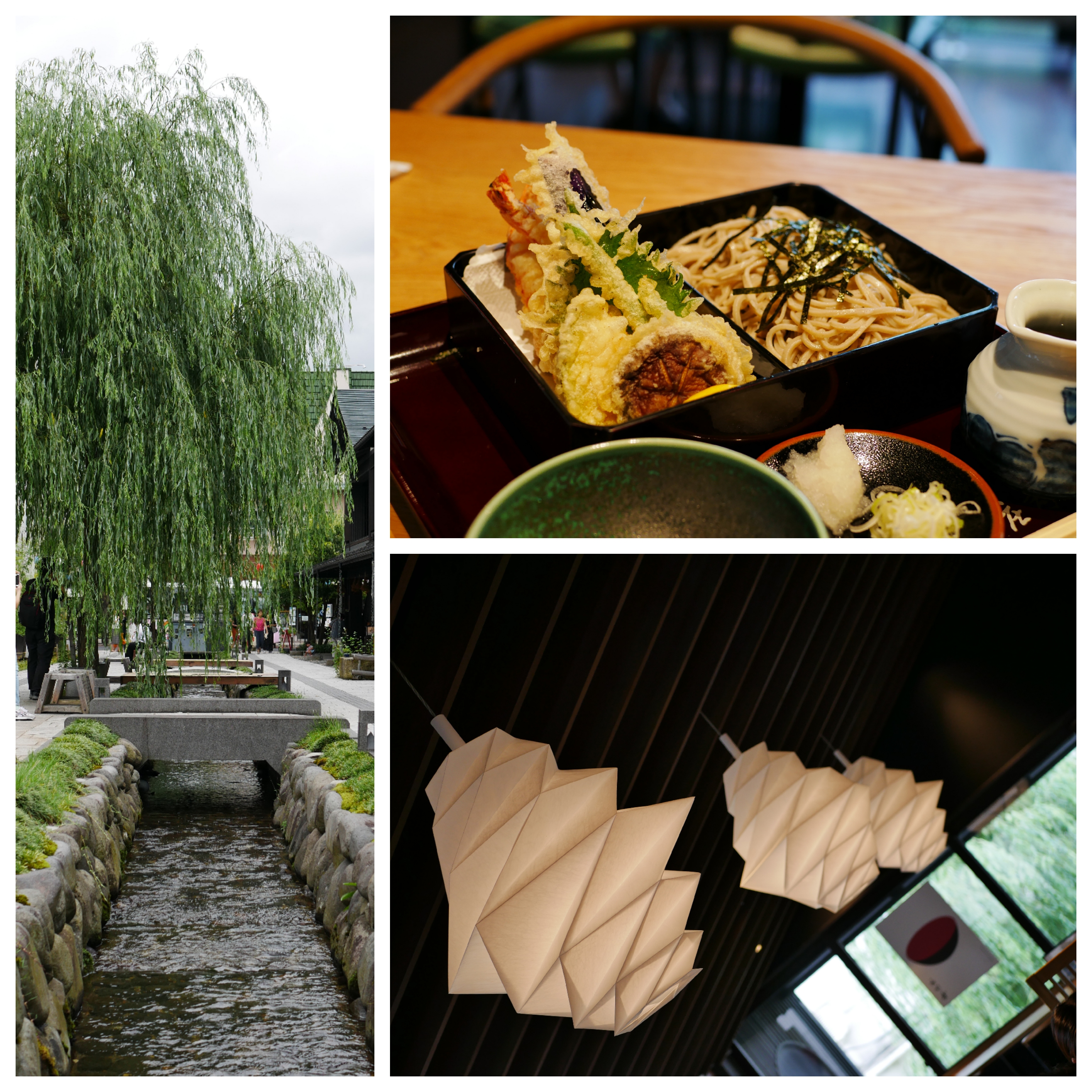 One of the most unique shops in Gotenzeki is KEN OKUYAMA CASA, selling Japanese tableware along other products by famous industrial designer Ken Okuyama’s design office. He is famous for being the Design Director responsible for
the worldwide known sports car Ferrari Enzo. The store has a modern design while maintaining the old profile of Gotenzeki. The tableware such as the Nambu Tekki Teapot “Origami & Square” stand out because of its combination of traditional Japanese cast iron wares with simplistic styles which evoke origami geometry. They have a great variety of Japanese tableware which will make for a great and modern Japanese souvenir.

Iwabuchi-chaho is a Japanese tea specialty shop with over 120 years of history, it offers the highest quality tea from all over Japan and has a great Matcha flavored ice cream cone which is great for eating while walking around the streets. They also offer a great variety of traditional teapots and teacups. This shop offers tax-exemption at the Onuma department store counter. 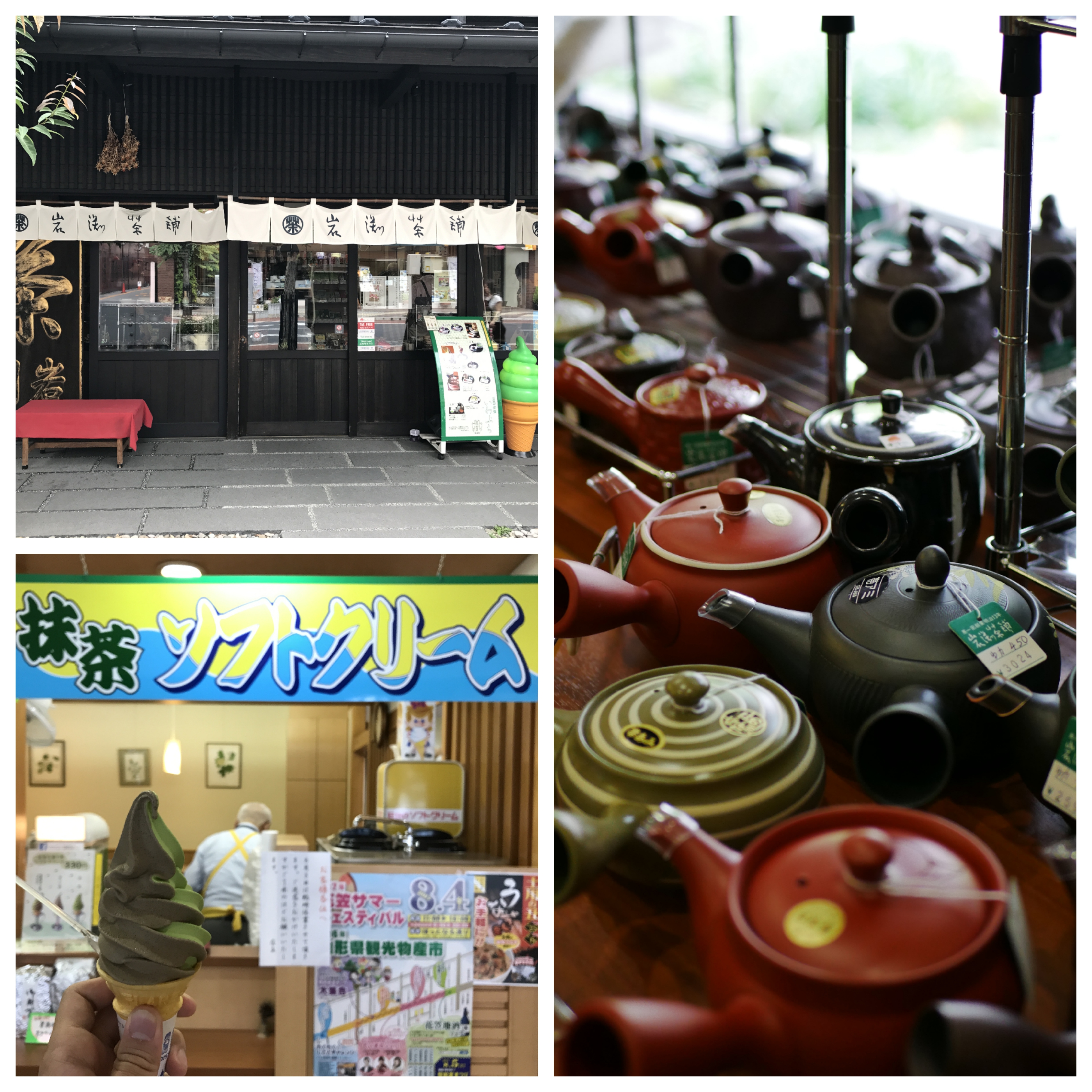 Right in front of gotenzeki is Juichiya, a small confectionery which also serves as a café until lunch. They have a great variety of sweets making use of Yamagata’s top-class fruits famous all around Japan. They also have other famous local sweets such as dadacha-mochi and three color monaca. It is a great place to buy souvenirs if one is looking for local sweets.

From Yamagata station:
A 20-min. walk to Nanokamachi.
Take the Yamagata community bus “Eastern route” and get off at “Nanokamachi”. (Takes around 10 min./100Yen)