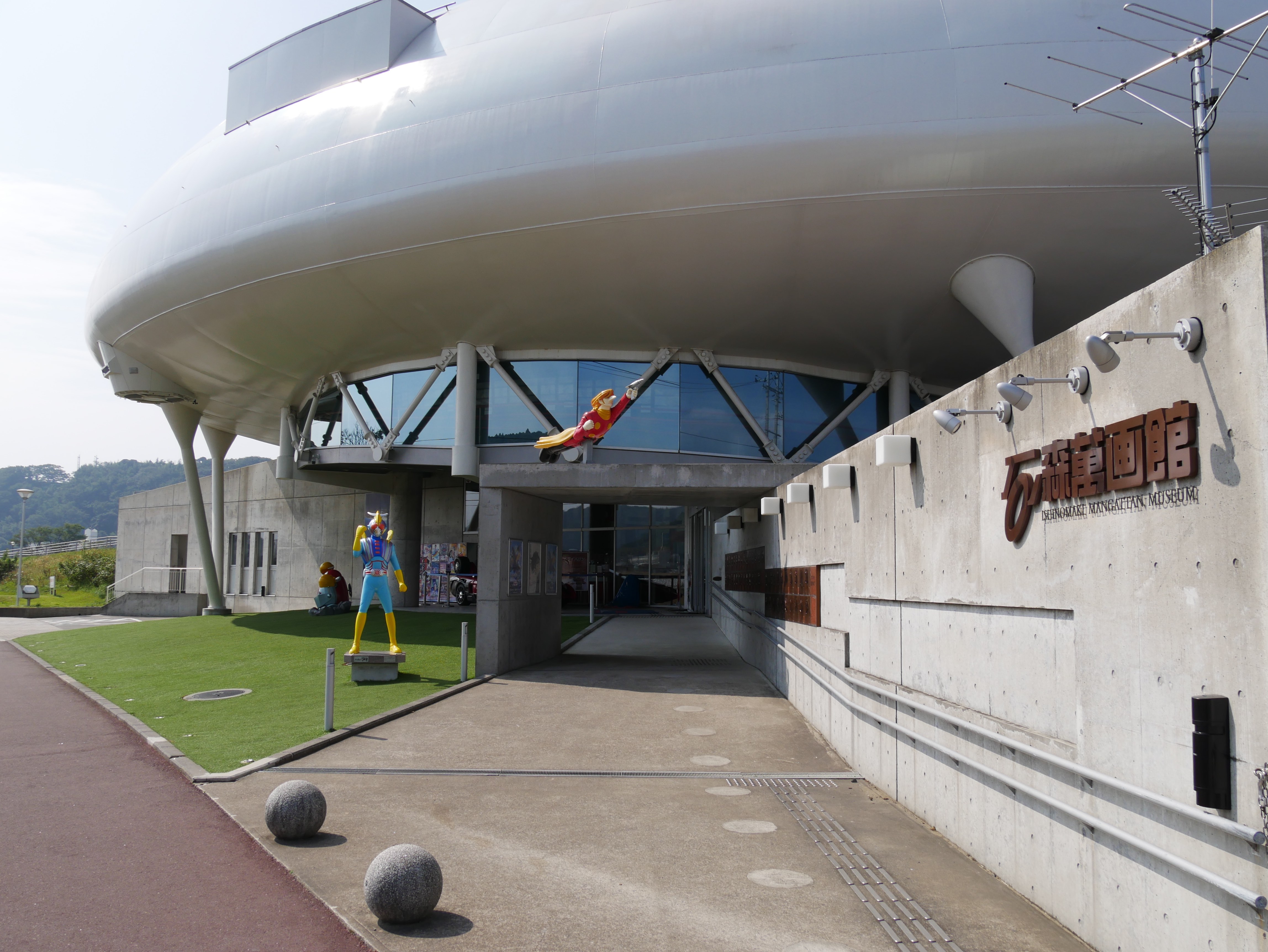 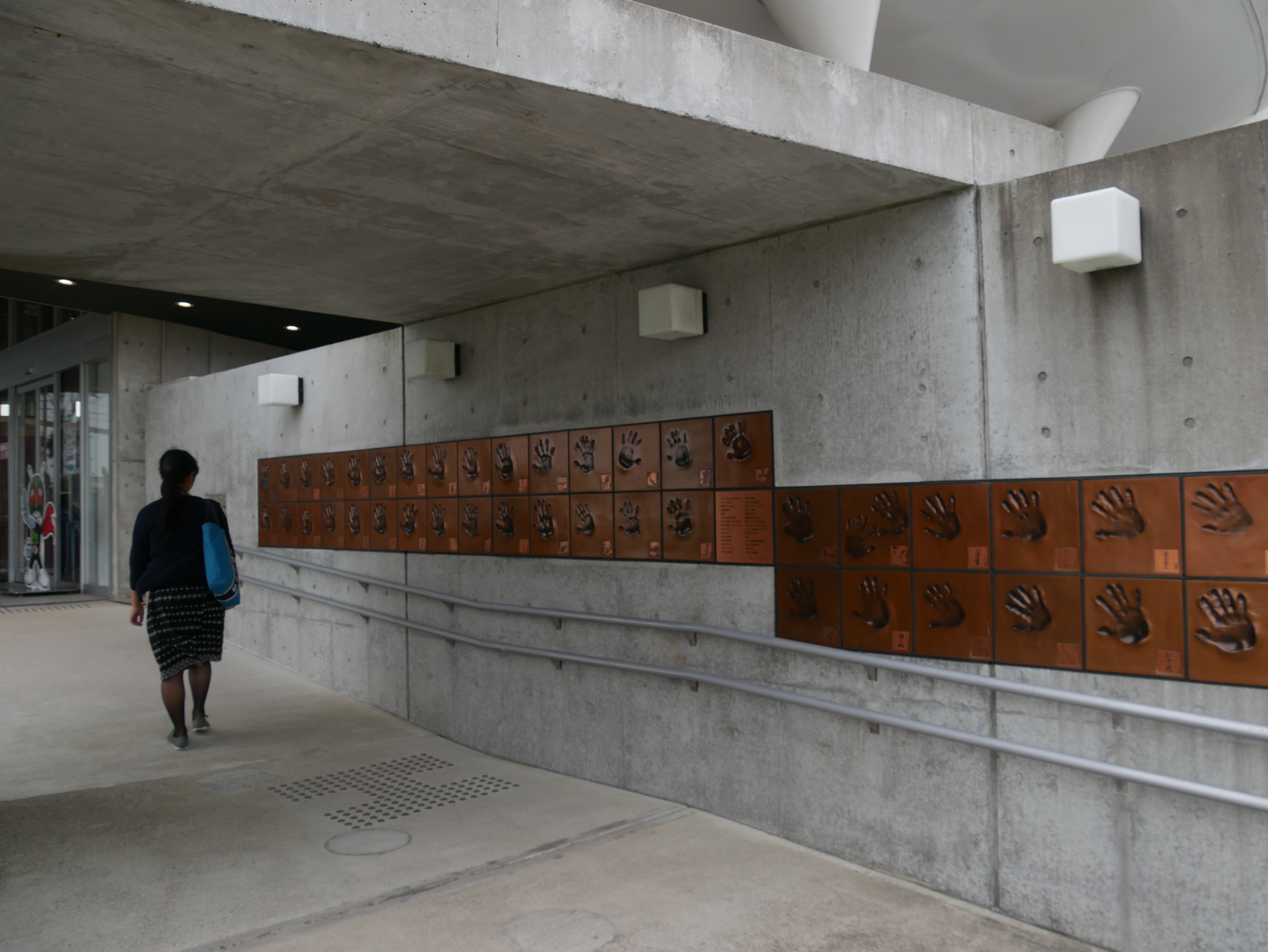 The Ishinomori Mangattan Museum is located in Ishinomaki city, Miyagi Prefecture. Walking from Ishinomaki station one can see the manga museum from afar, its particular spaceship like shape makes it easy to spot. At the entrance Ishinomaki’s hero “SEAJETTER KAITO” greets you first to the left and the imprints of many famous manga artists are decorated on the wall to the right.
The Ishinomori mangattan museum got it’s name from famous manga artist Shotaro Ishinomori, also known as “The King of Manga”, holding the Guinness record for most comics published. 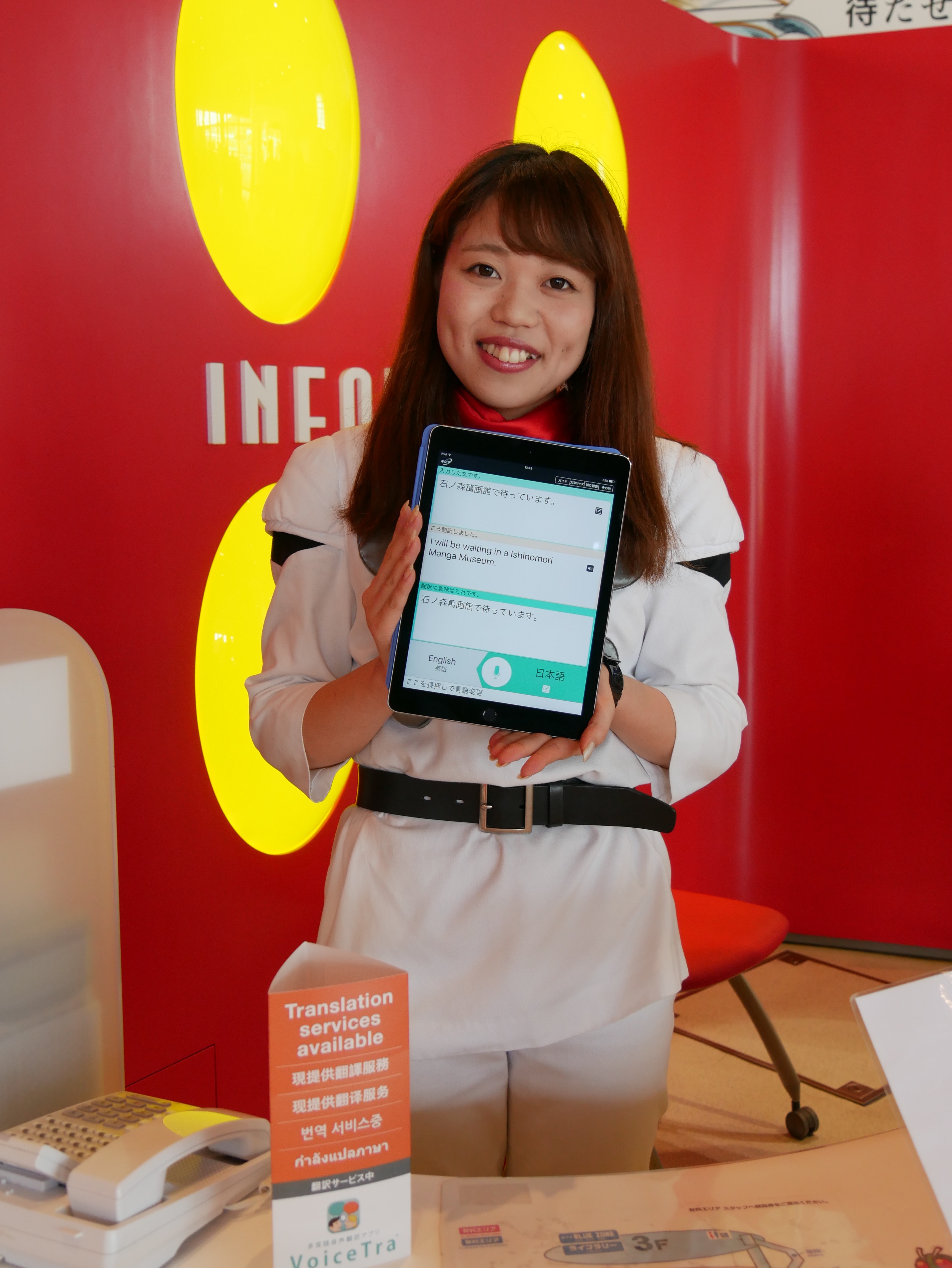 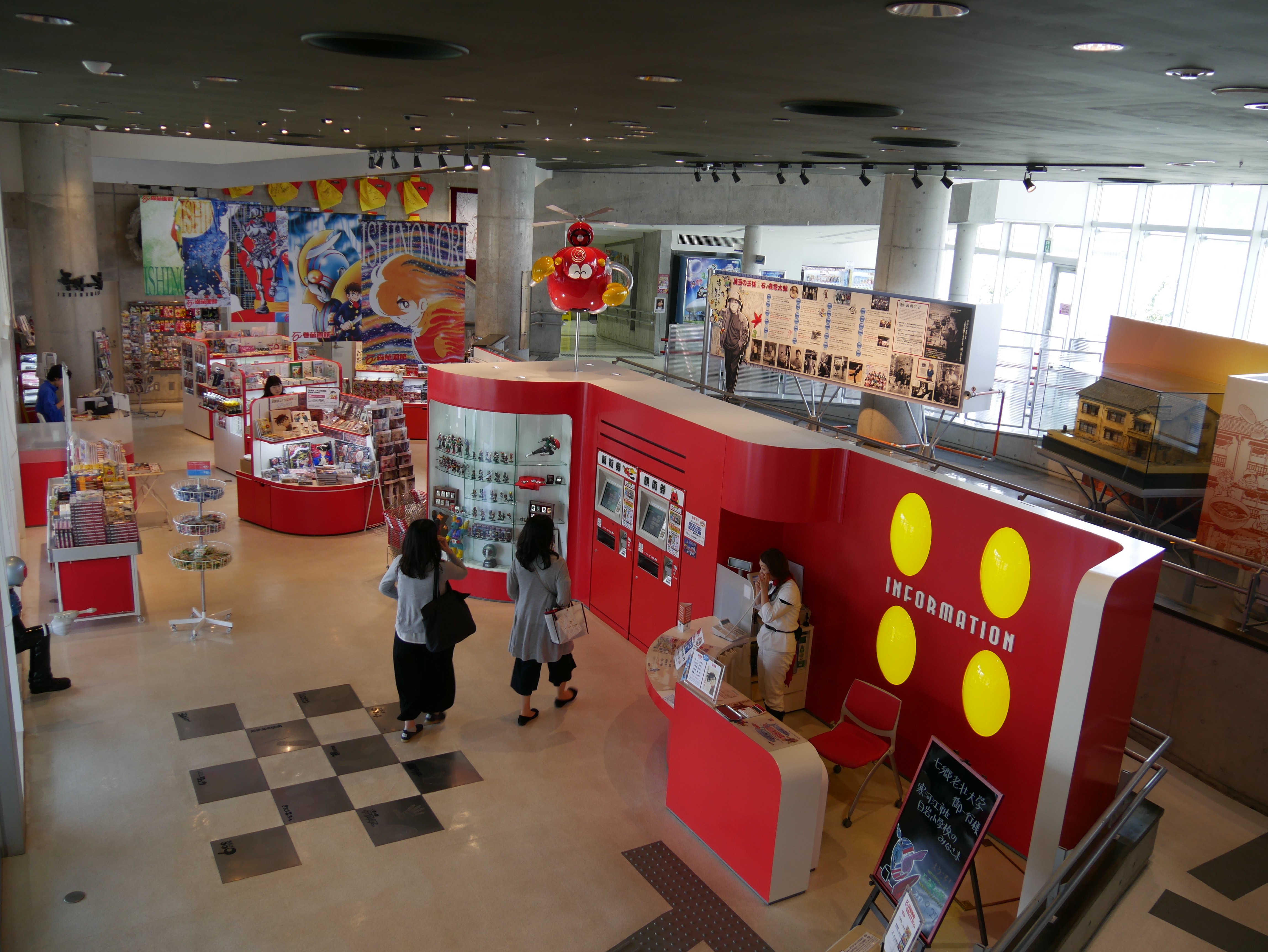 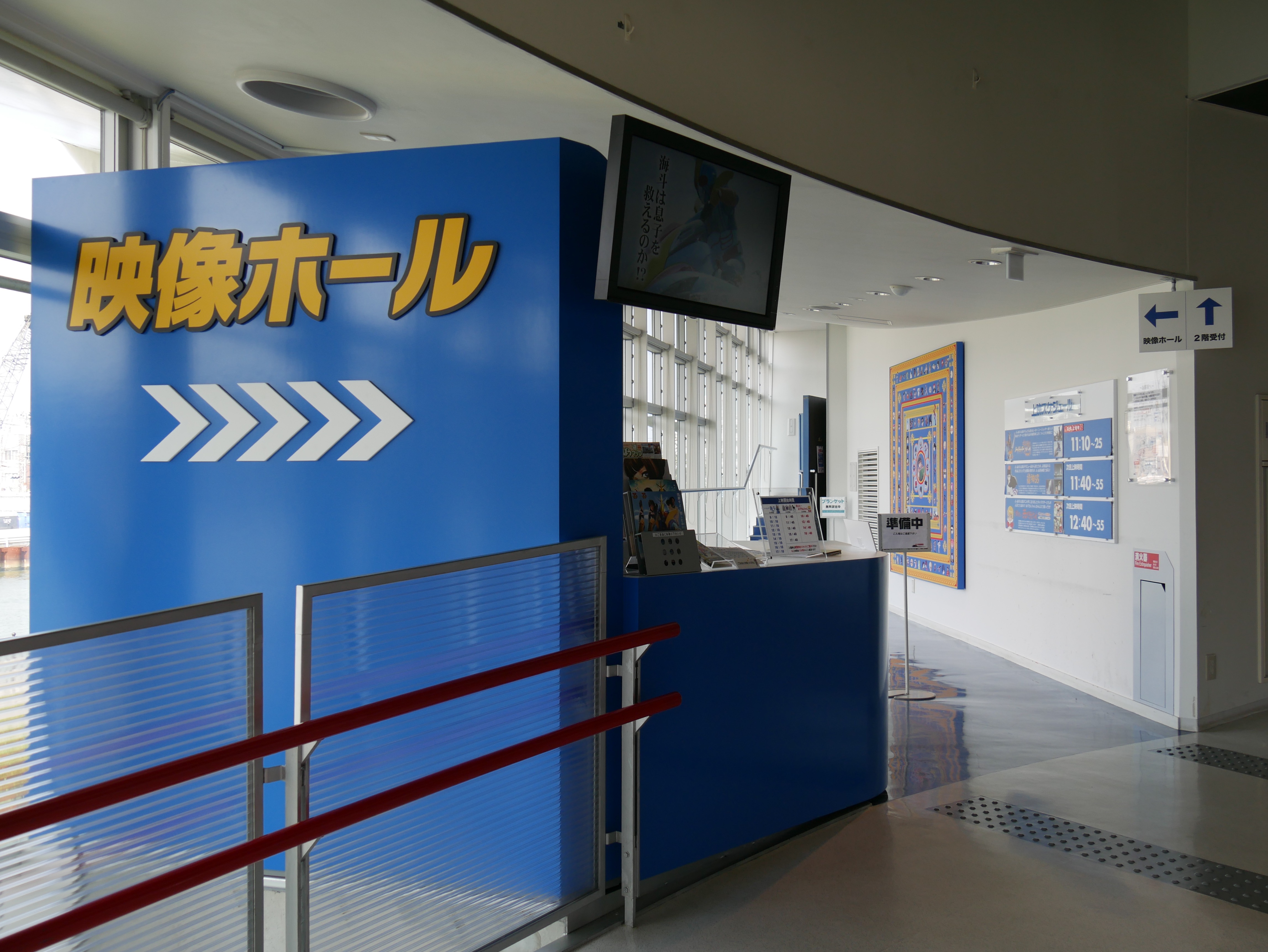 Upon entering, the museum staff wearing “Cyborg 009” suits will greet you and gladly help you in a wide variety of languages with the help of “VoiceTra”, a very intuitive voice translation application. They will also gladly hand you pamphlets in English and Chinese. 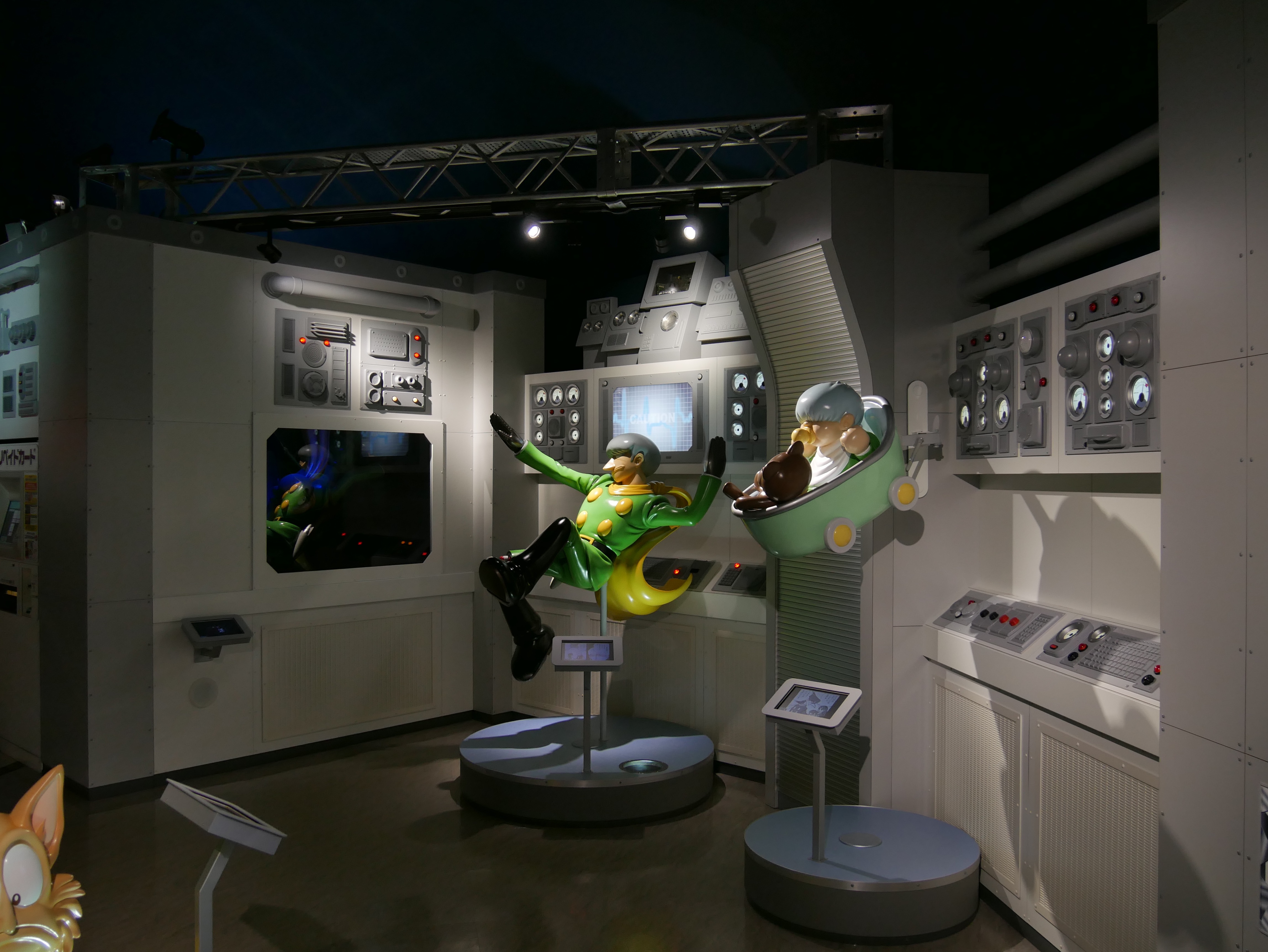 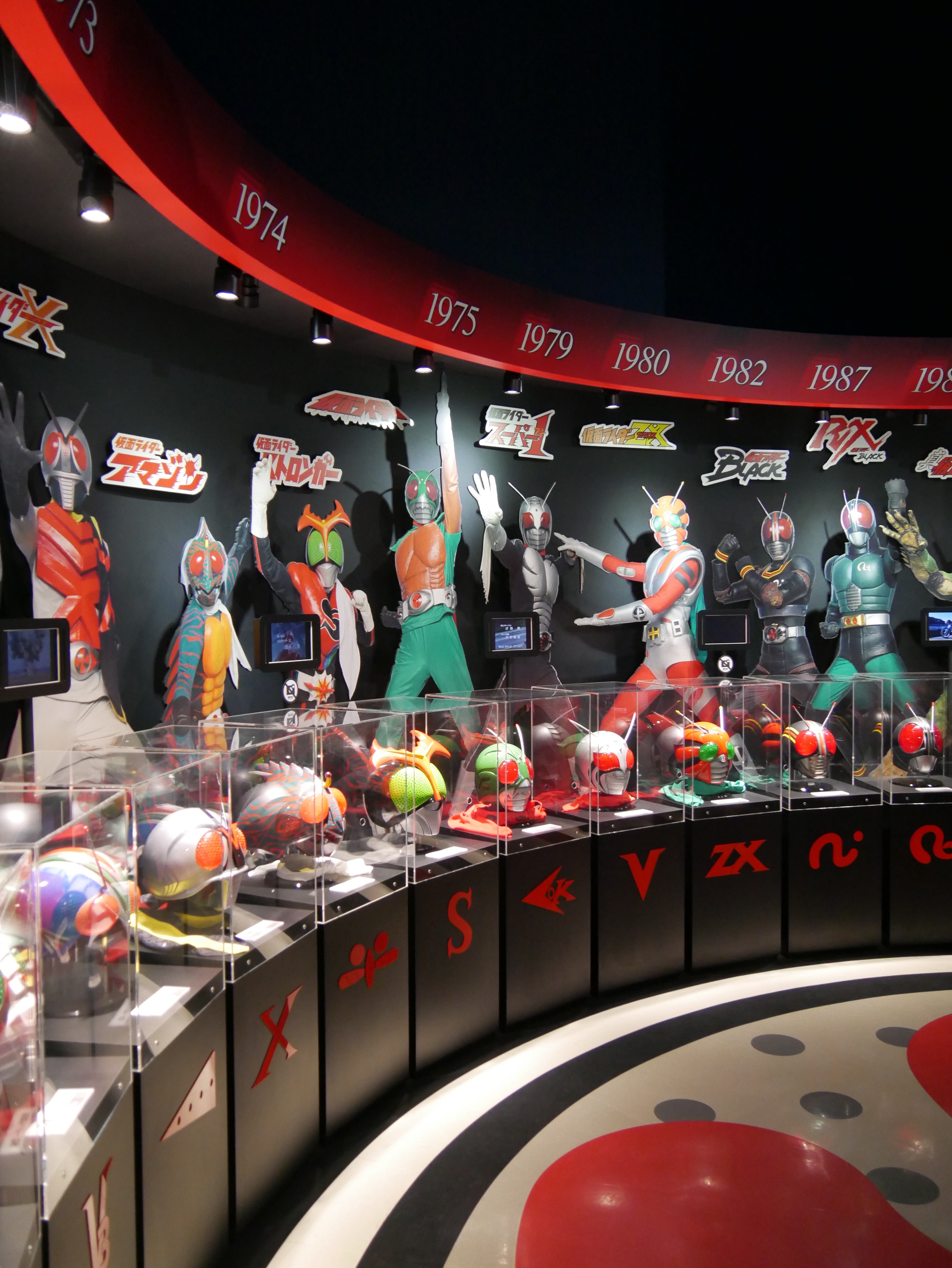 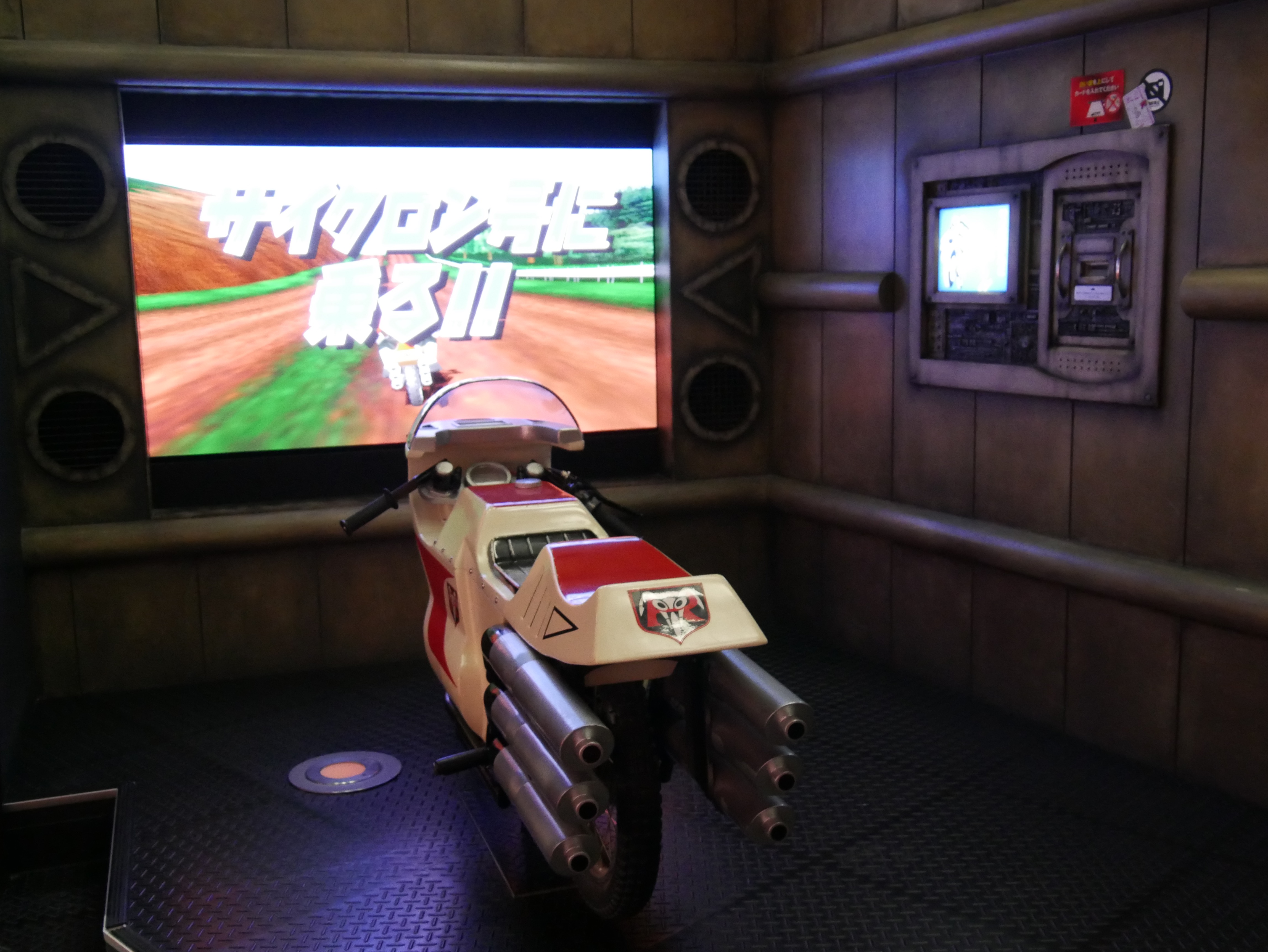 The first area of the permanent exhibition portrays one of the opening scenes from the manga “Cyborg 009” with effects mimicking the heroes abilities. The next room immerses you into the world of “Kamen Raider” with masks from all of the series from the first one to the very latest one. There are also 2 games, one in which you either transform into a “Kamen Raider” and have to actually punch and kick in the air to defeat enemies and another in which you mount a bike to rescue a girl. The next area holds some of Ishinomori’s original handwritten mangas, which are a total must see. 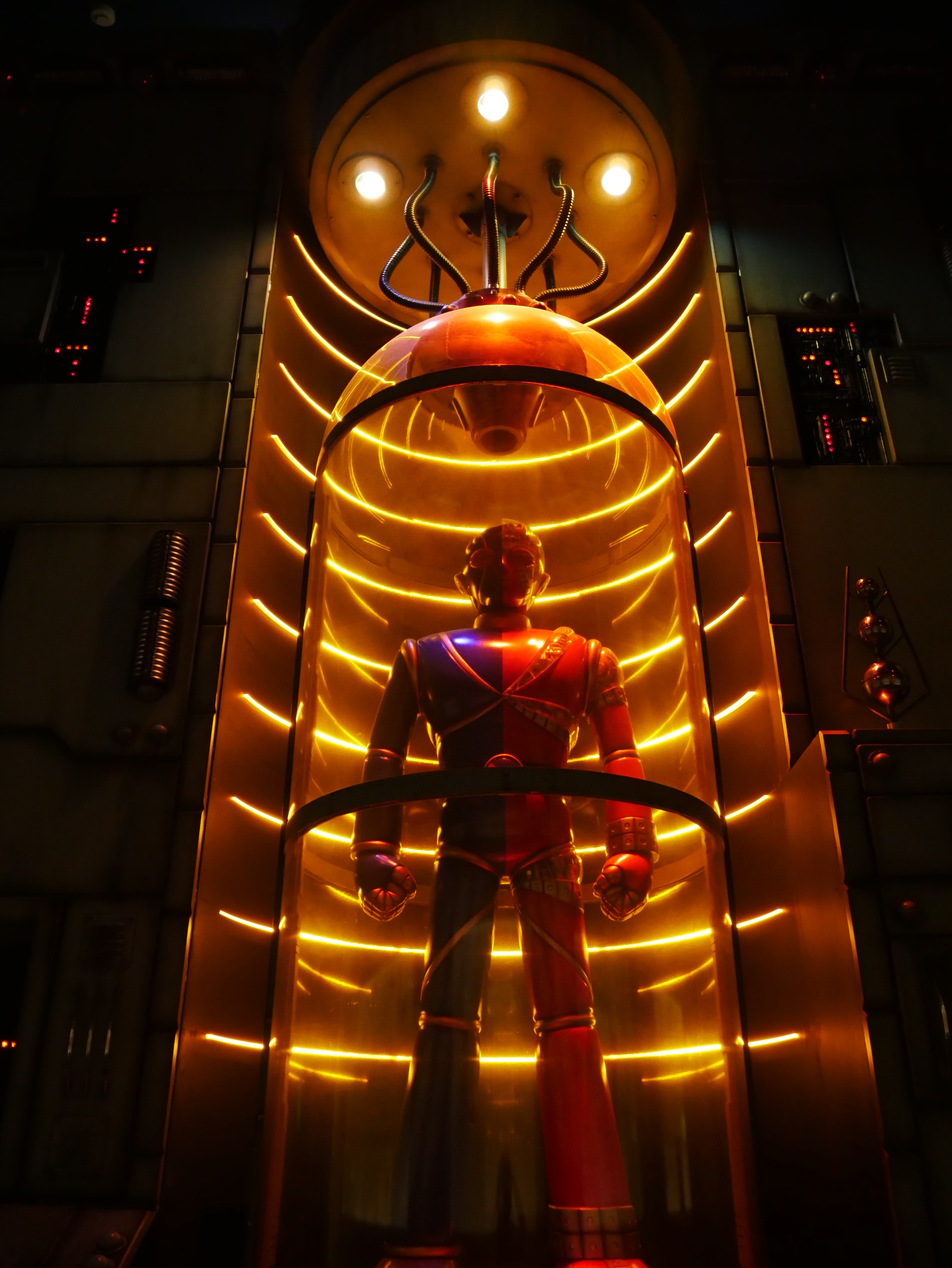 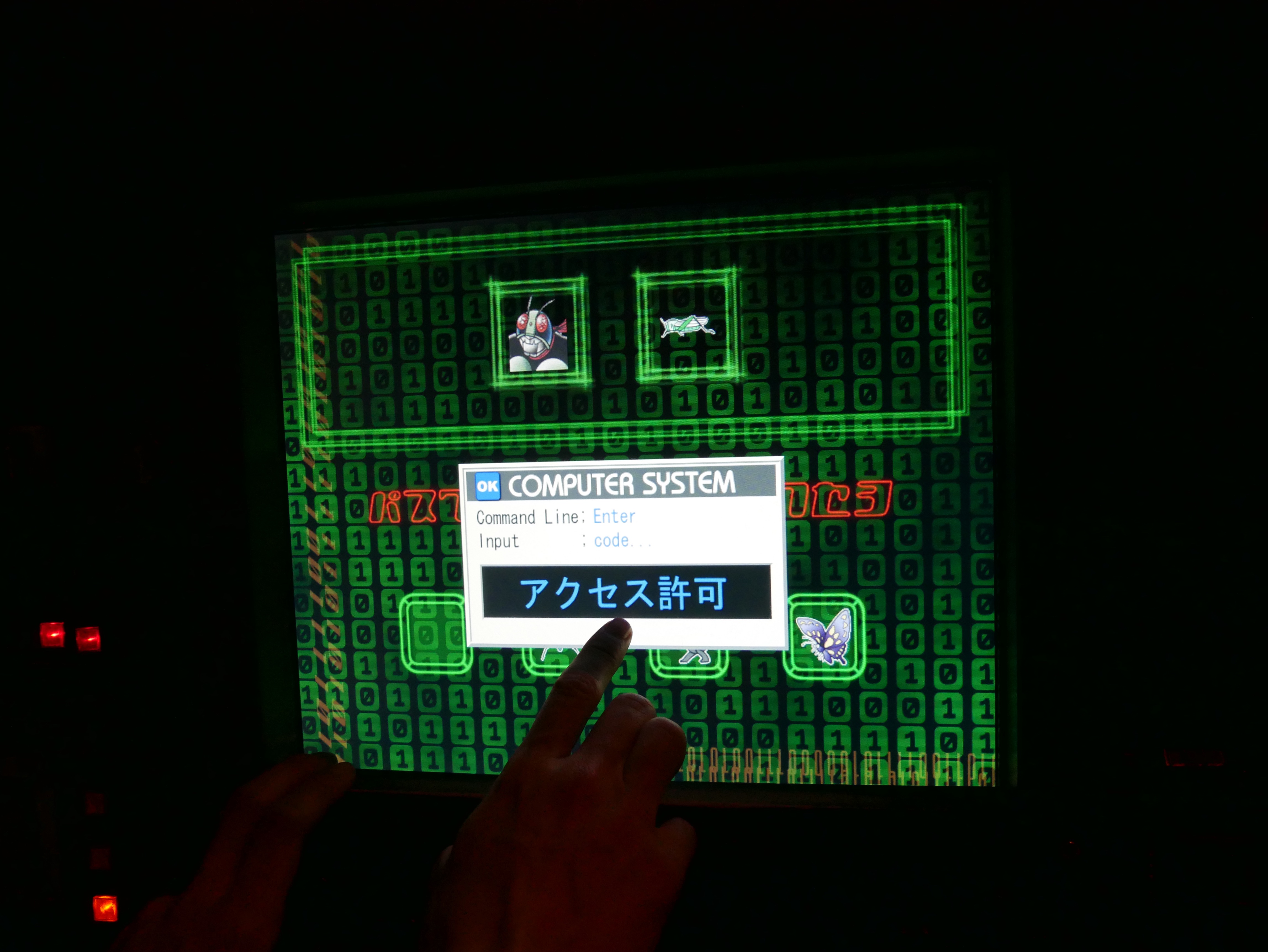 The next room is the laboratory where “Kikaider” was born. A fun game of unlocking a computer can be played next to Kikaider.

The last two exhibits consist of the reception desk of “Hotel Platon” and Ishinomaki’s hero “SEAJETTER KAITO”, with dioramas featuring light and sound effects. There is also a special exhibition which changes every few months. 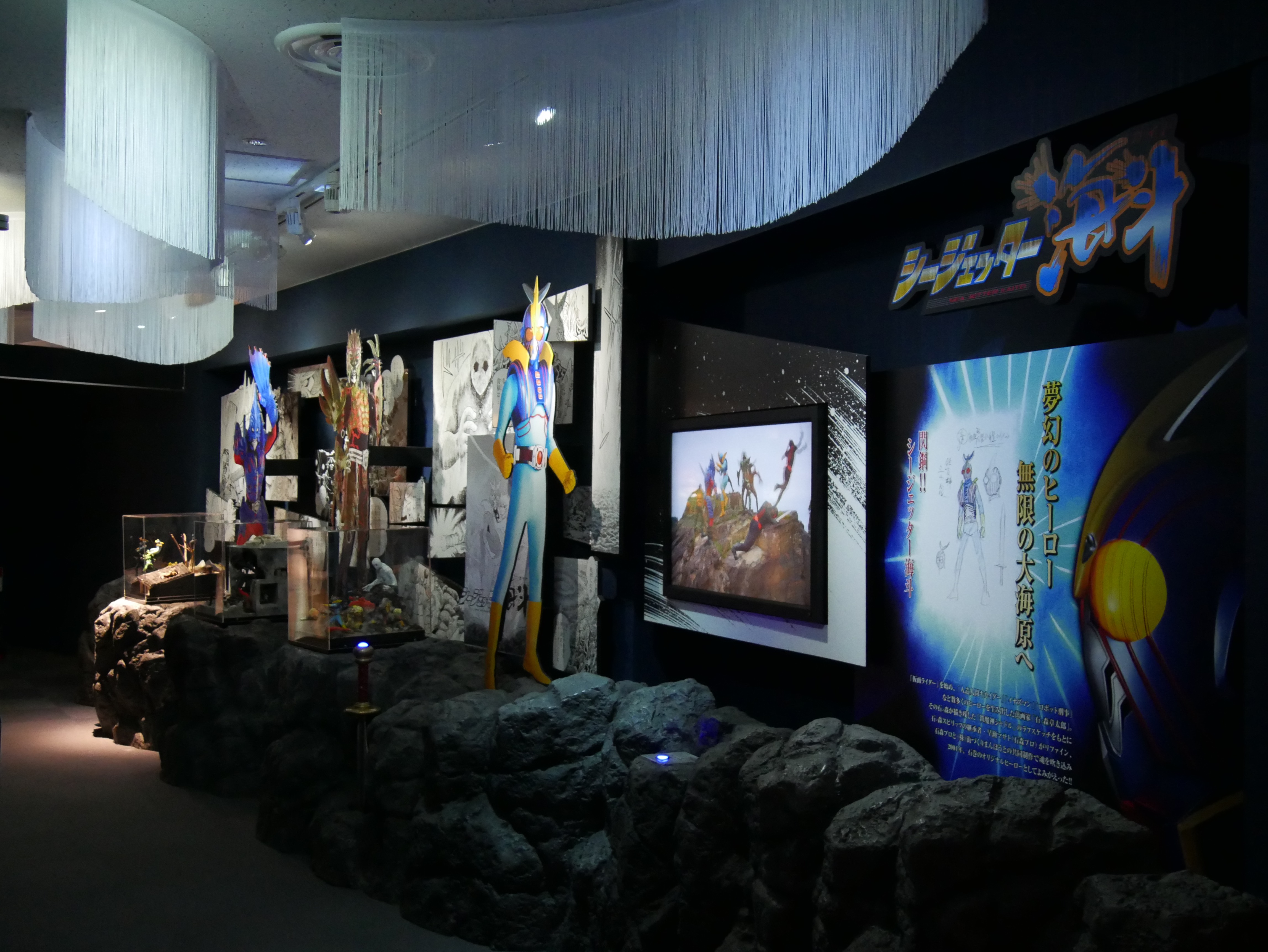 On the third floor one will find a manga library and an animating desk with light boxes where the staff will gladly make a short animation from your drawings. There’s also the “Blue Zone”, a café that looks like the cockpit of a spaceship and has a view of the Kitakami river. The whale rice bowl dish is a must try specialty food of Ishinomaki. 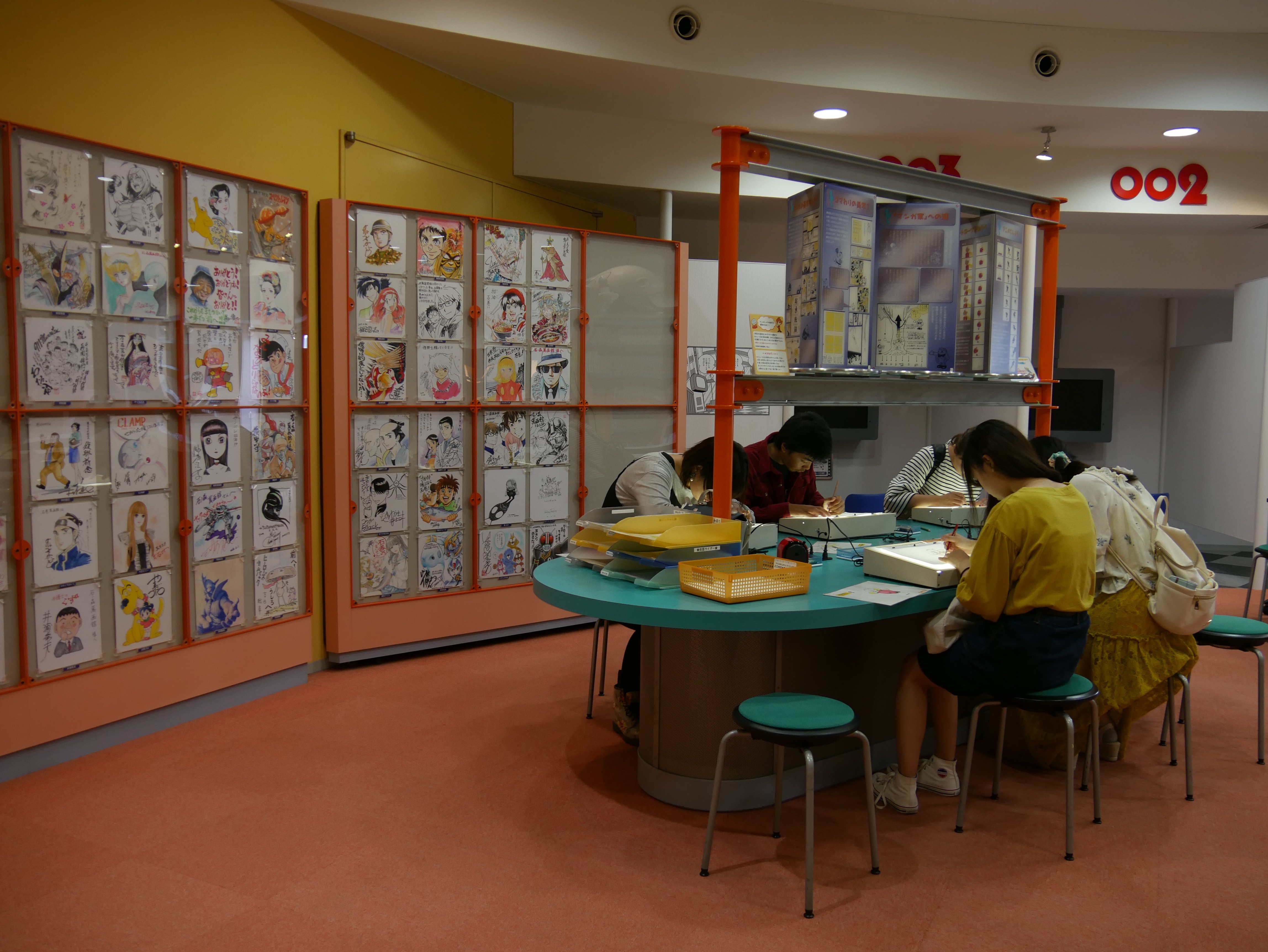 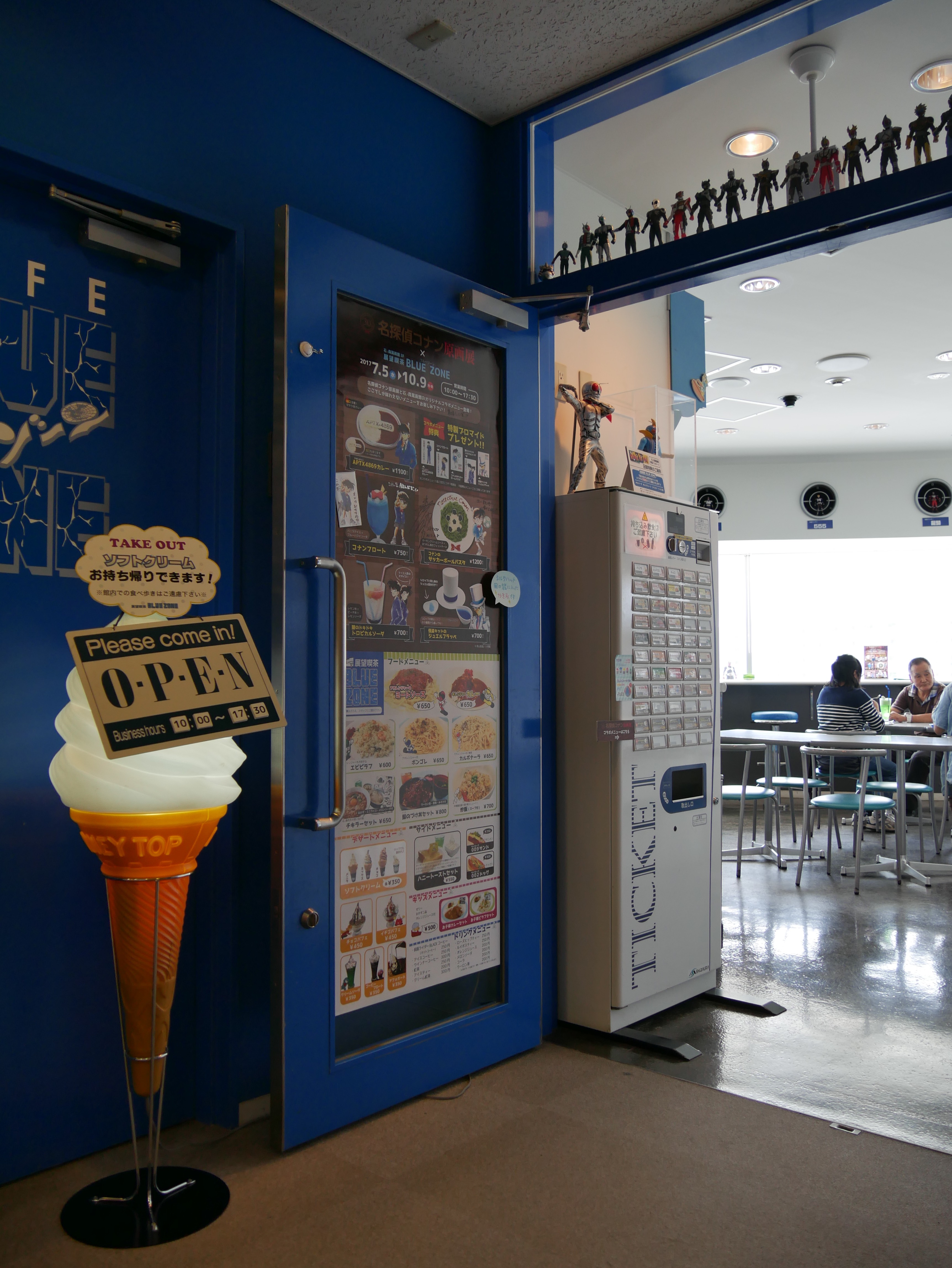 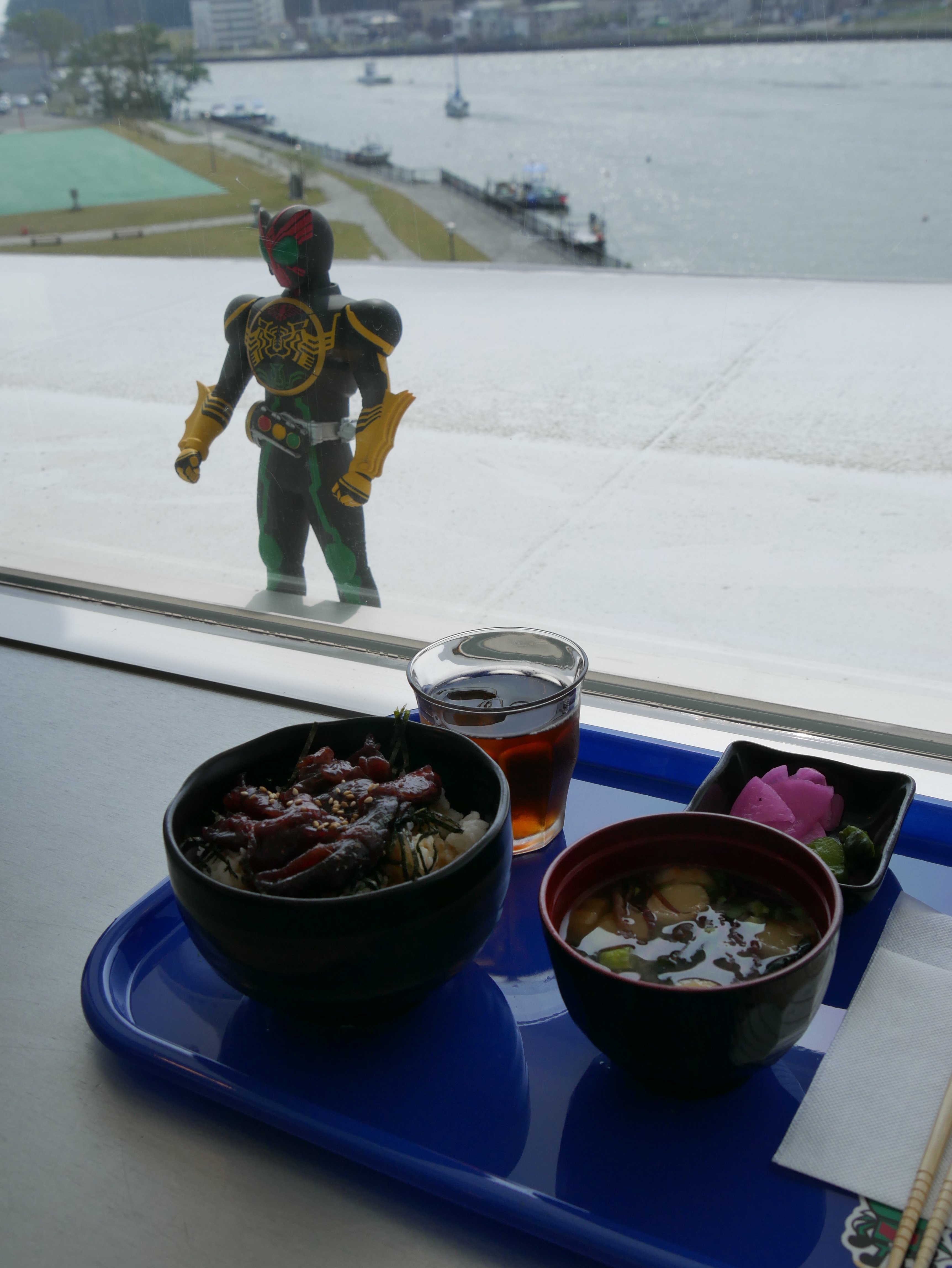 The level of detail put on each piece of the museum is really impressive, as is the number of interactive games which are actually fun to play. The museum is always changing with new special exhibitions and activities not only inside but also outside the museum. At the end of the day one can go to the souvenir shop which sells original items only available at the museum. “Ishinomaki no koibito” makes for a delicious souvenir.

*Photos shown here were taken under the special approval for this article.  Not all areas in the museum are allowed to take picture.  When you take picture, please follow the direction in the museum.

Take the express bus to Ishinomaki. (Takes around 90 min./800Yen)