A town reviving after the Great East Earthquake and Tsunami 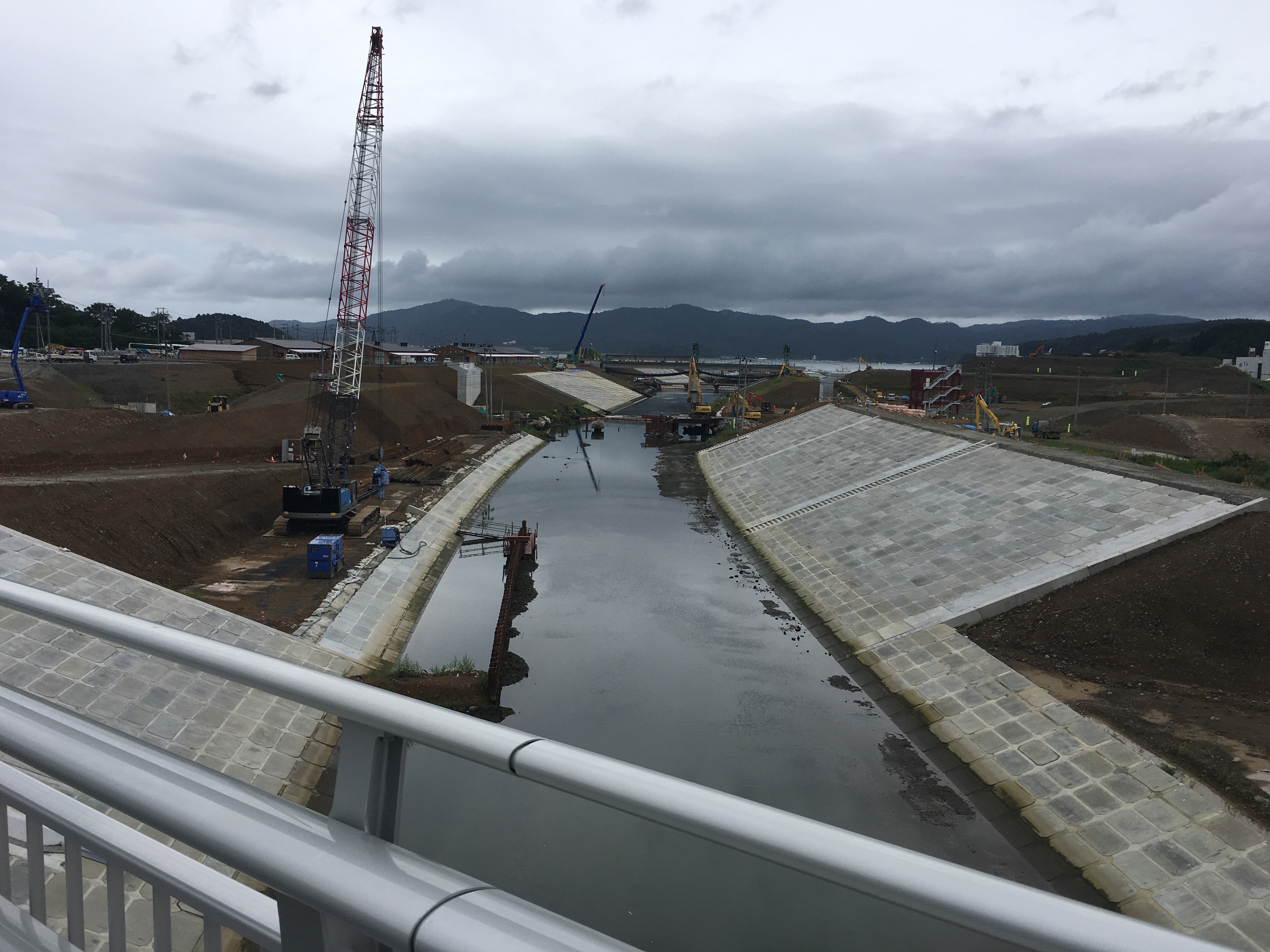 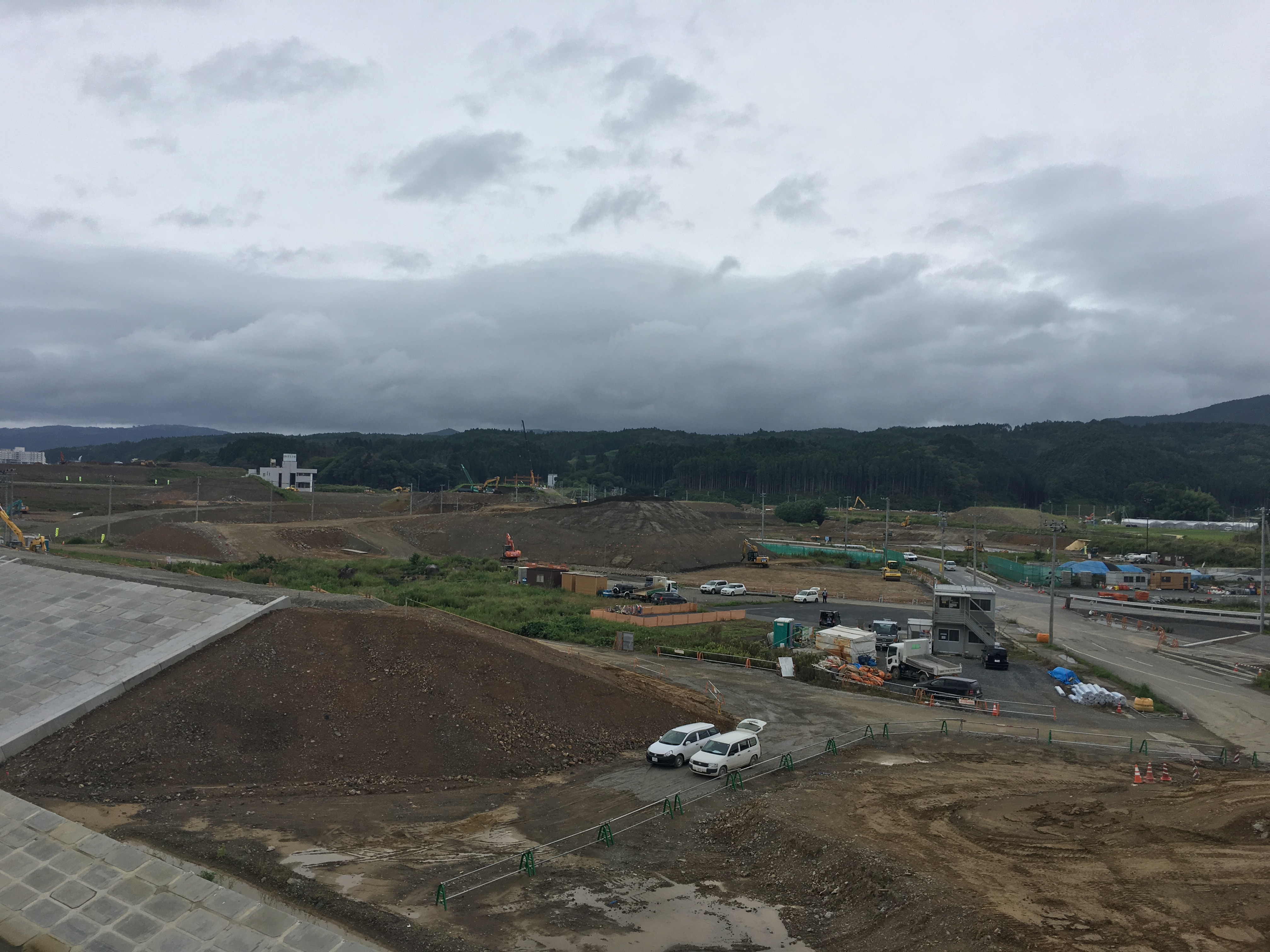 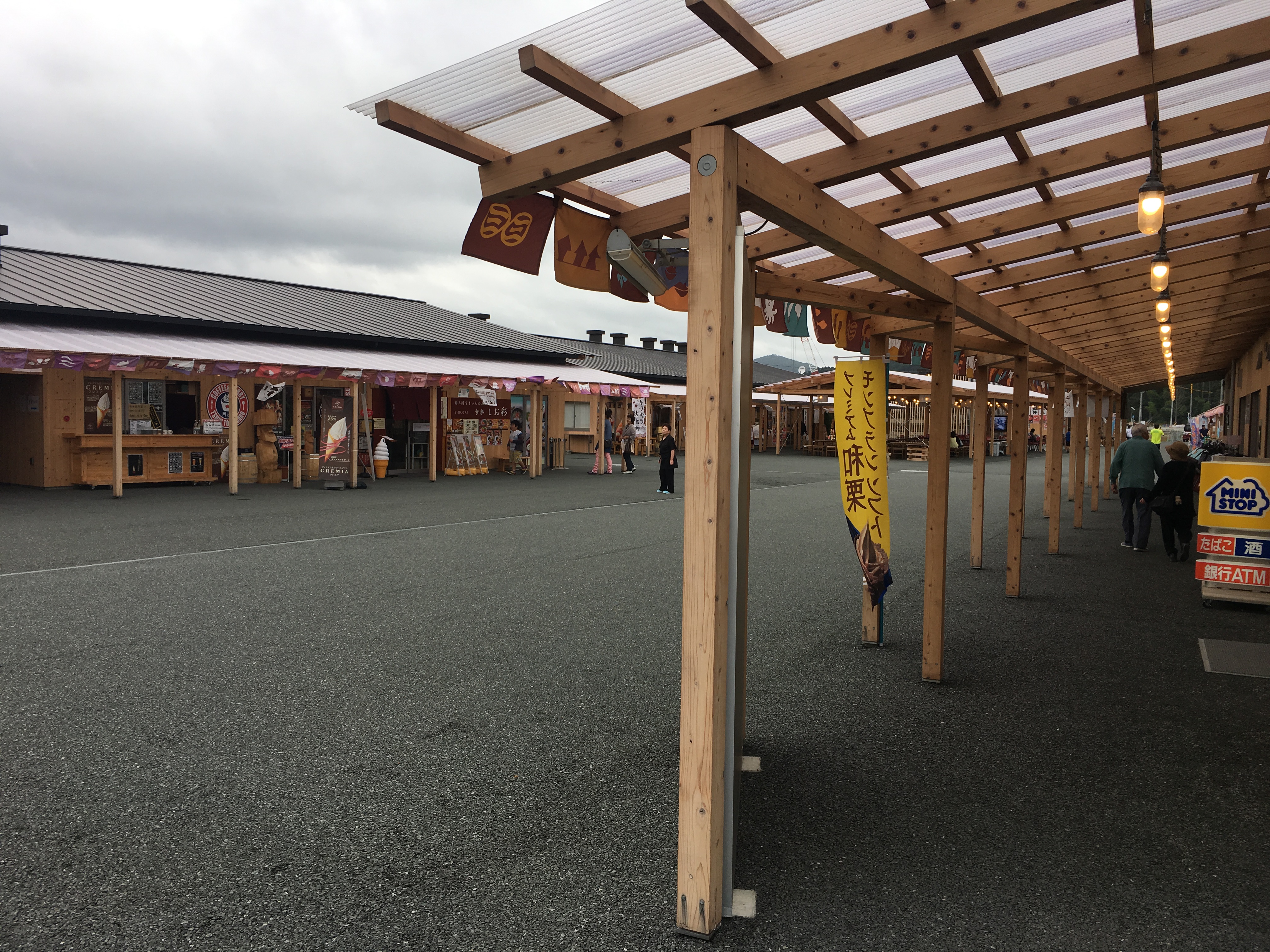 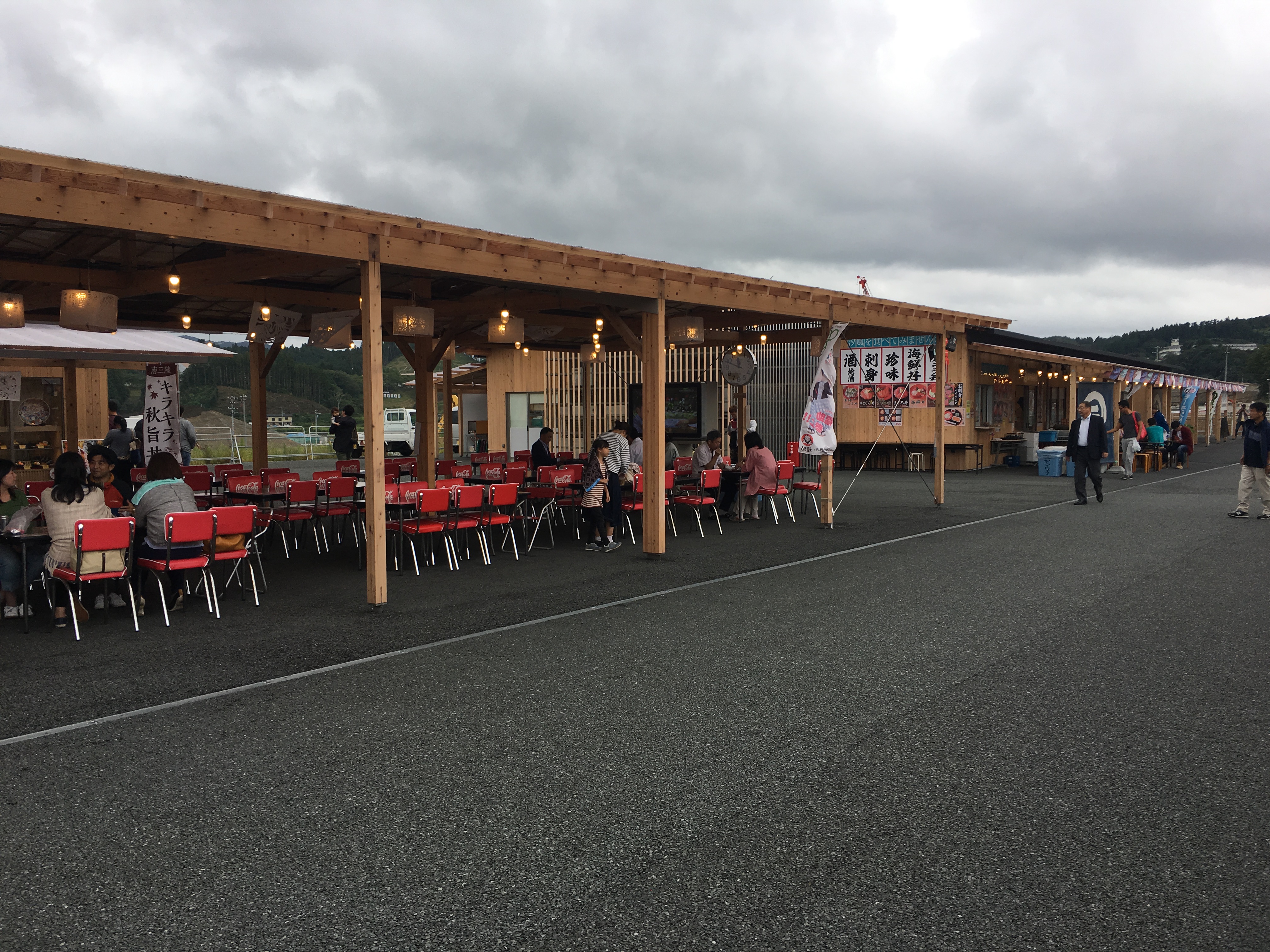 Minamisanriku is a town on the coast of Miyagi Prefecture that was devastated by the 2011 earthquake and tsunami. On arrival, the first impression is one of a town under fierce reconstruction and rebuilding. At the time of visiting, some six years after the tsunami washed away most of the town, pedestrian footpaths were still relatively sparse, with construction workers offering a helping hand to navigate the roads and kindly giving directions to visitors, and a huge project was underway to create an in-flowing canal to protect against future surges from the waves. This follows a monumental effort to raise the ground level of the entire town by some 5 metres. Evidently, the reconstruction efforts have been an immense undertaking, but the fruits of the workers and volunteers’ labours have finally started to show, with the Sansan shopping village, construction finished in March 2017, becoming a hub of activity and well worth a visit. 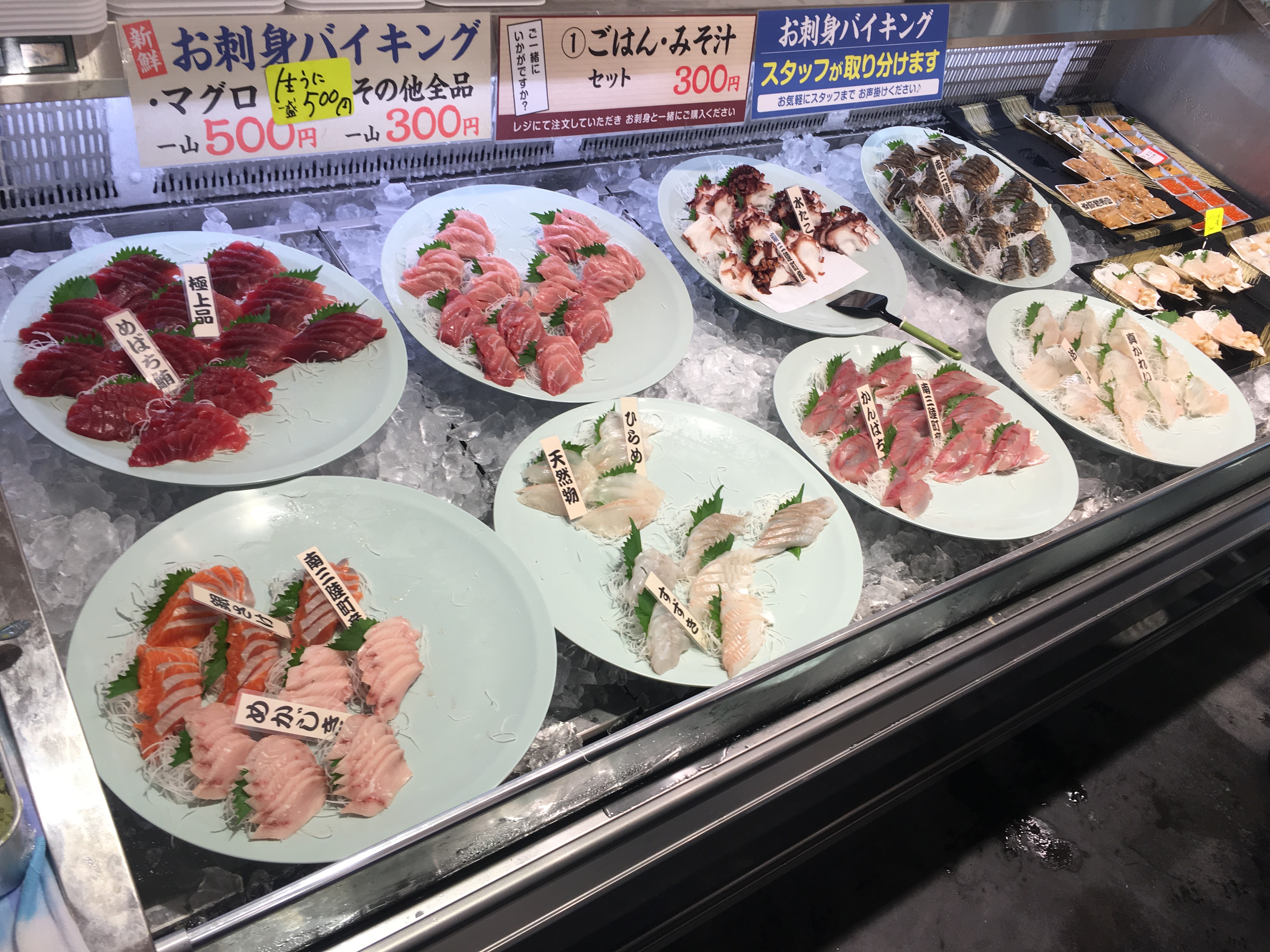 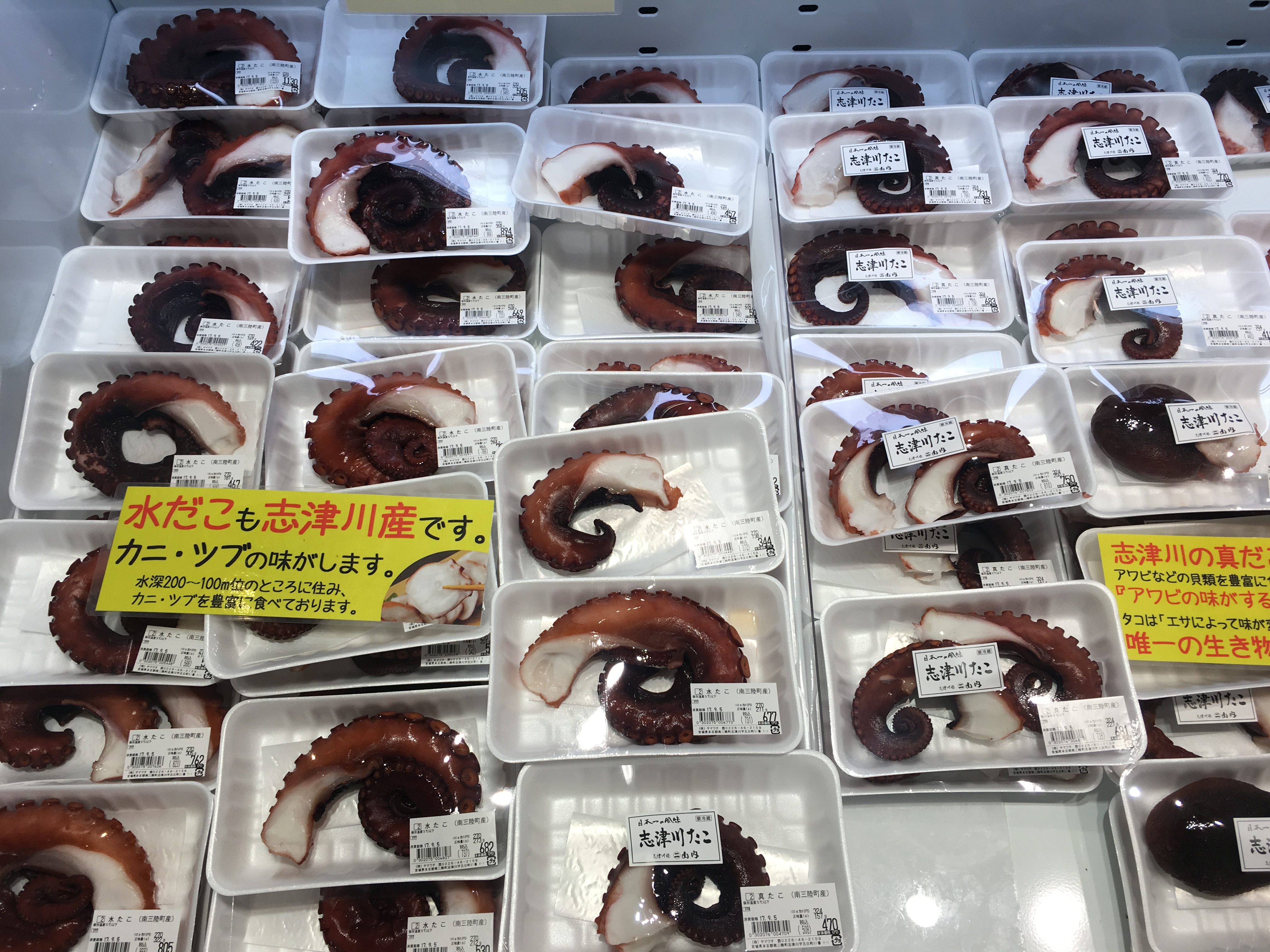 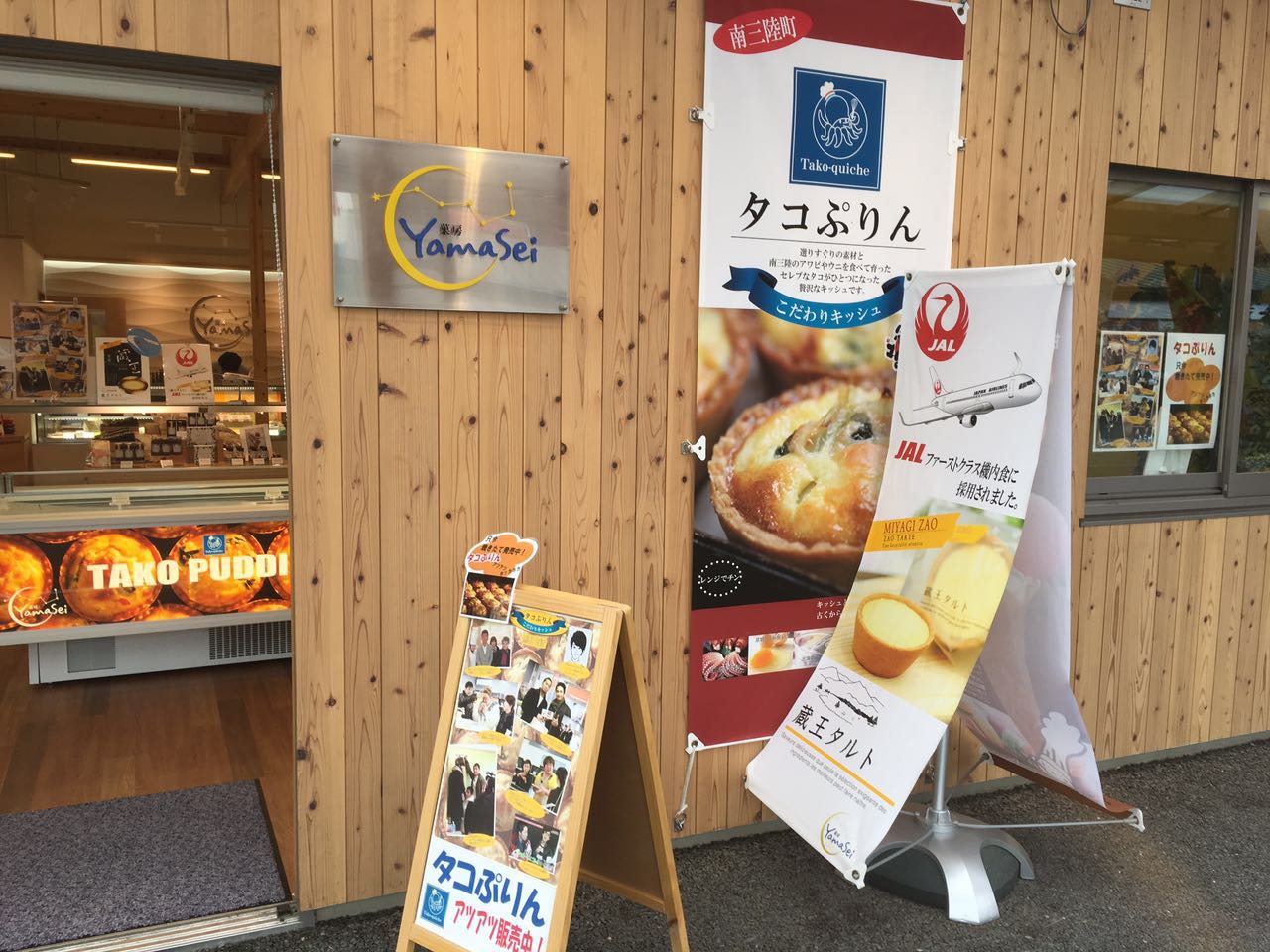 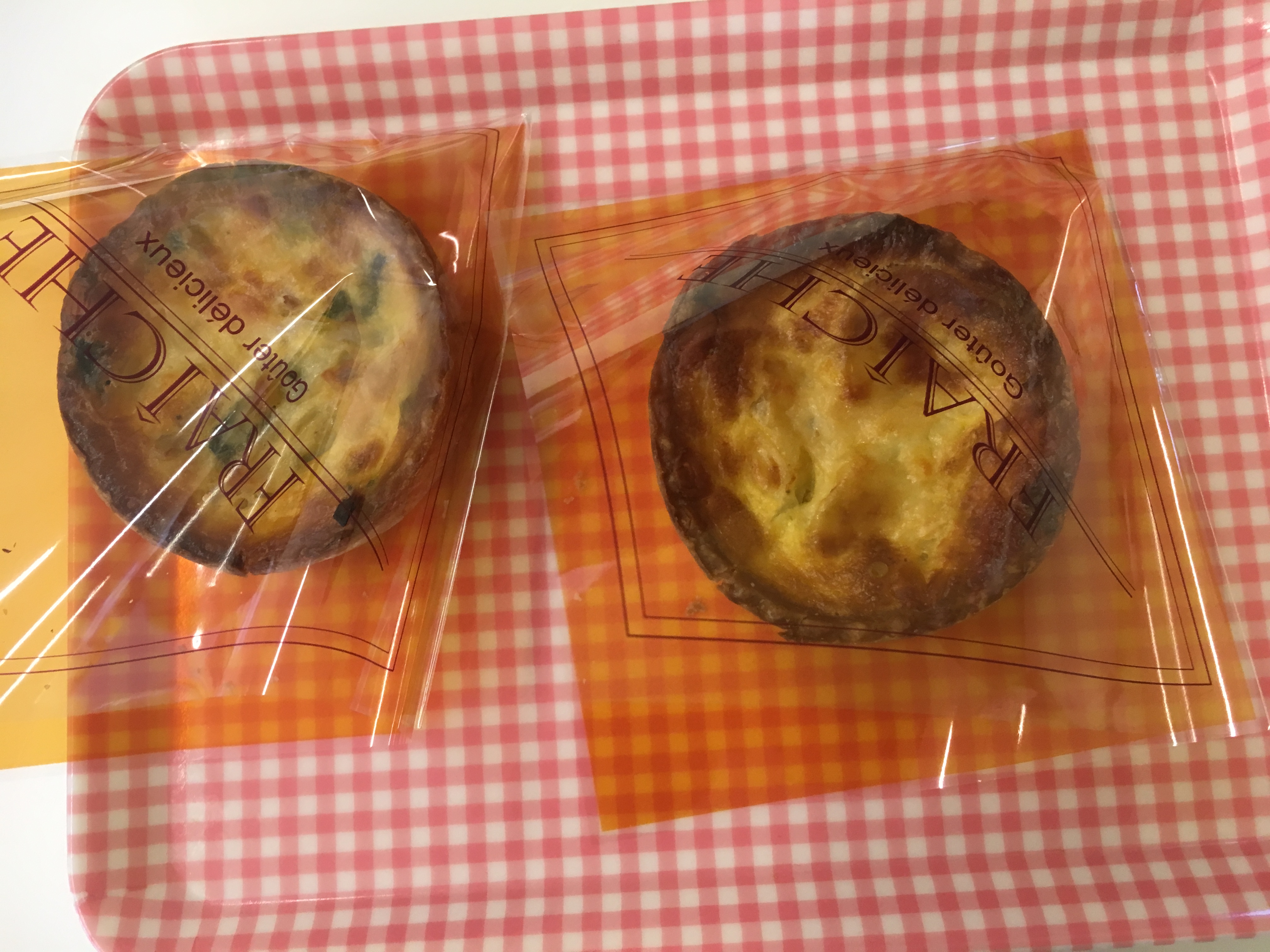 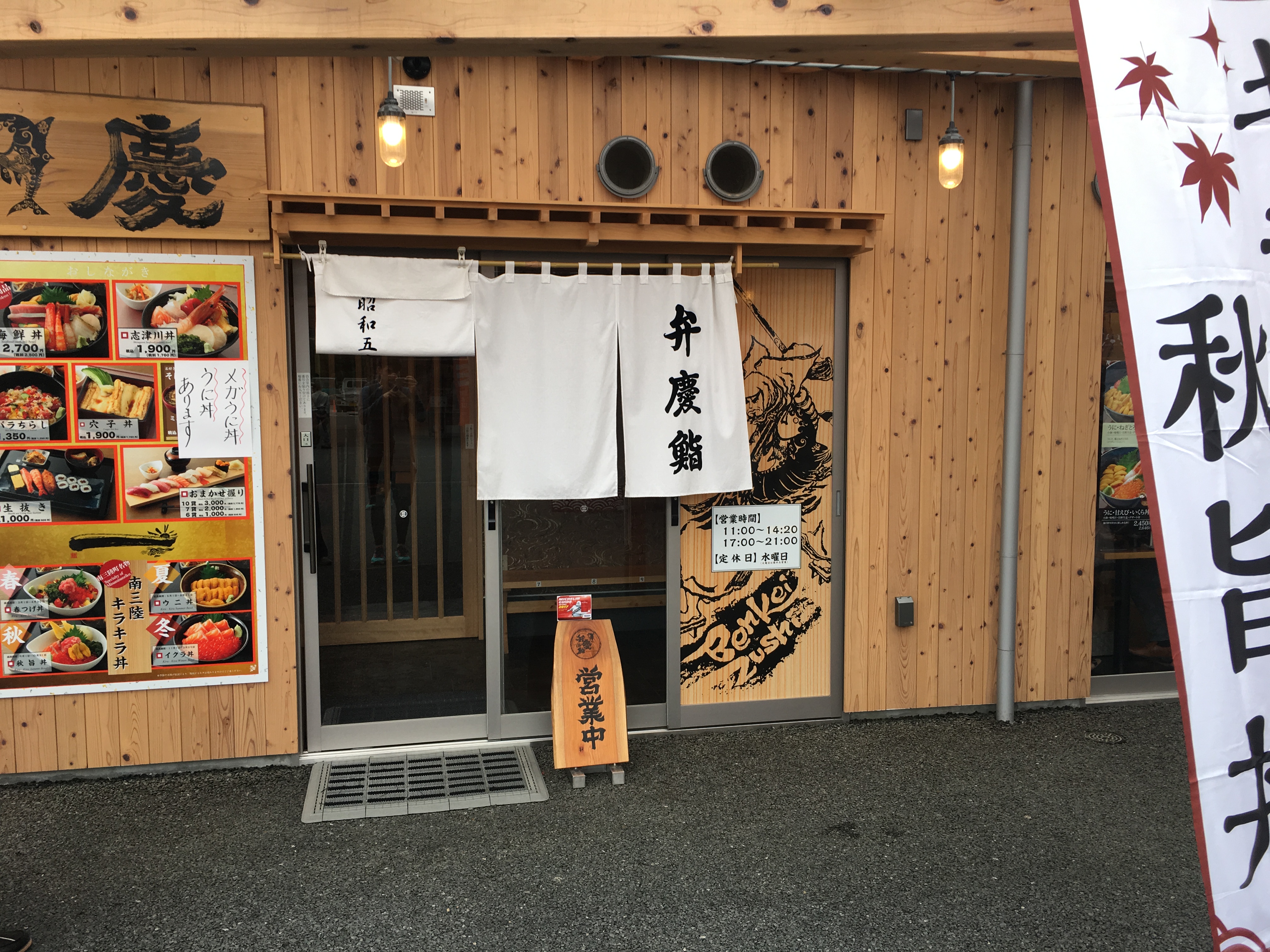 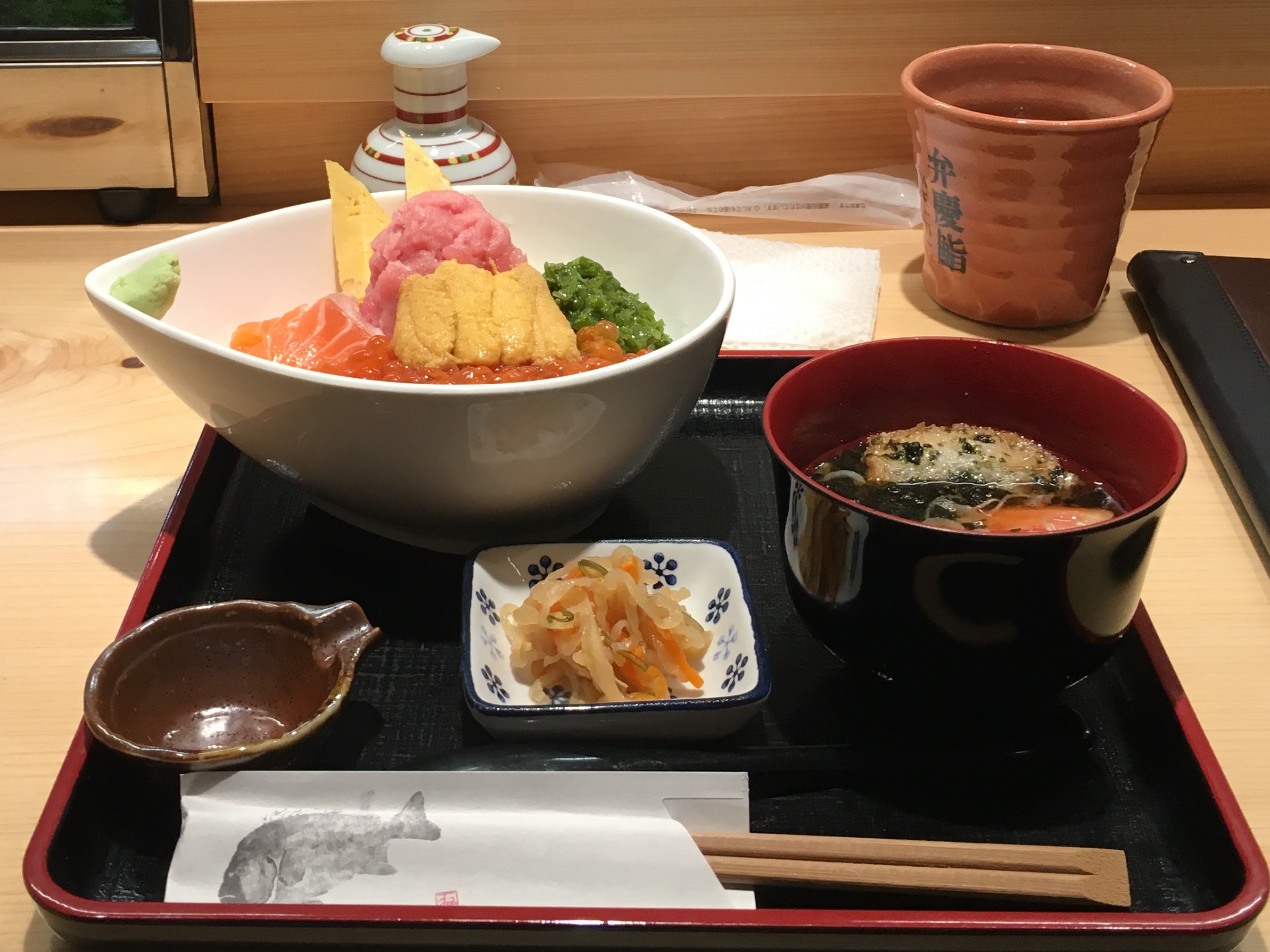 The Sansan shopping village sits on a raised flat plateau, comprising 28 different restaurants and shops, housed within two sets of three long wooden houses. The structures are made from local cedar trees, giving a refreshing, clean image to the shopping village. From the high plateau, a wide vista of the sea and coast forms a backdrop, and a sea breeze billows through the open-air food court. Much locally-sourced produce can be found here, from fresh fish and vegetables, to seasonal produce such as oysters and sea urchin*. Several shops selling snacks such as dried seaweed or small dried fish offer tasting selections, so you can try before you buy. The snacks really are delicious, and may go well paired with some of the beers or ales produced in Minamisanriku that can also be purchased here. Arguably the most famous local product is octopus. Whilst large octopus arms can be seen hanging in batches at some stores, for those slightly perturbed by the rows of suckers, or not intending to make takoyaki later at home, the octopus can be tried on-site at Kabo Yamasei in the form of takopurin.  Essentially a quiche with pieces of octopus inside, the flavour of the octopus is subtle, but makes for a delicious snack while wandering around. There are a range of options for a fuller lunch, mostly based around seafood, with the standout choice here being the “kirakiradon”. Kirakira means sparkle, or glisten in Japanese, an apt name for the dish: sumptuous sashimi pieces sit atop white rice. The portion size is generous, served with miso soup and tea, and the quality of the seafood is truly top-class. Indeed, the restaurant visited was featured in the Michelin Guide Miyagi 2017. Sitting at the counter seats, one can observe the chef preparing the meals. 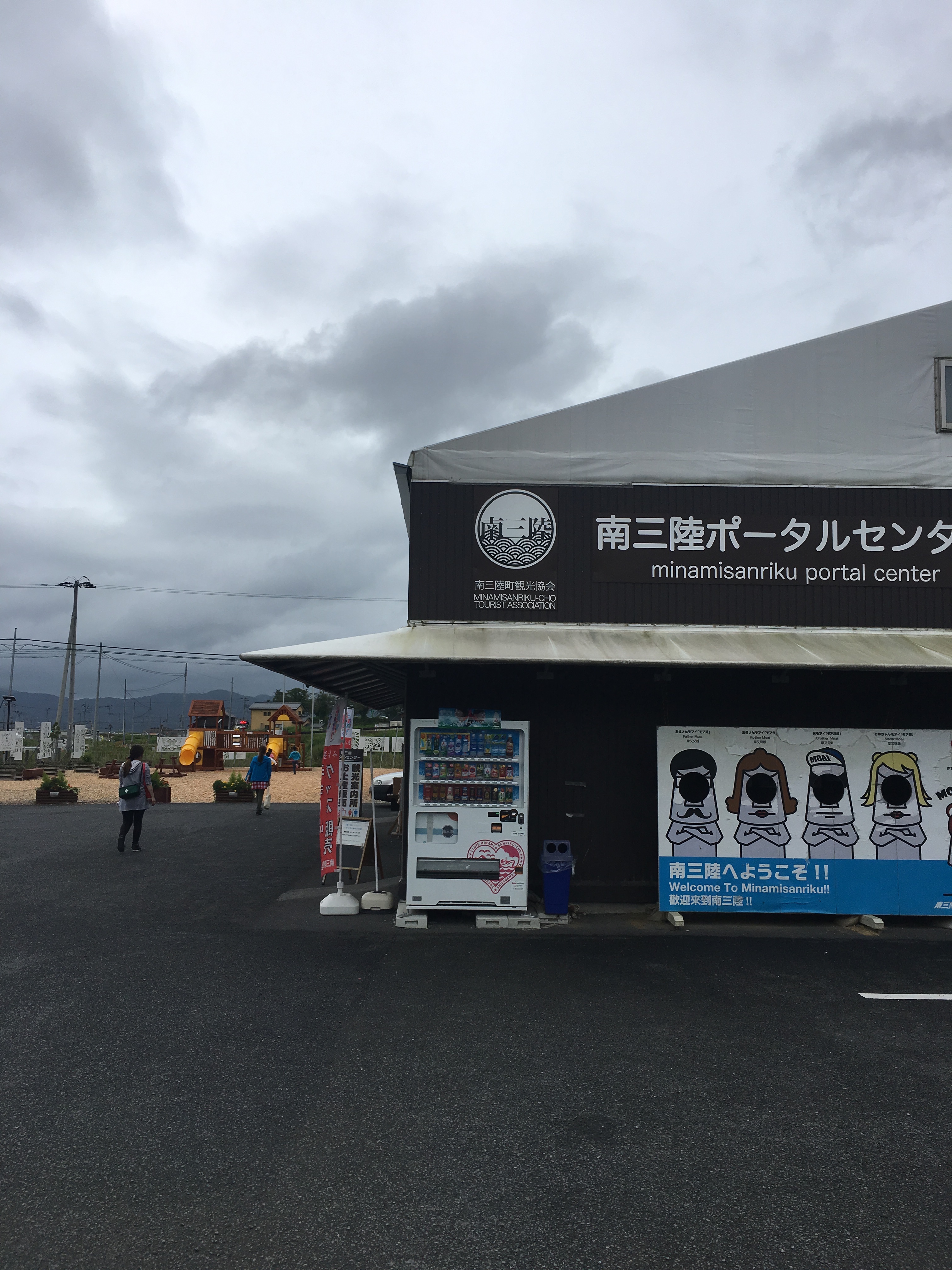 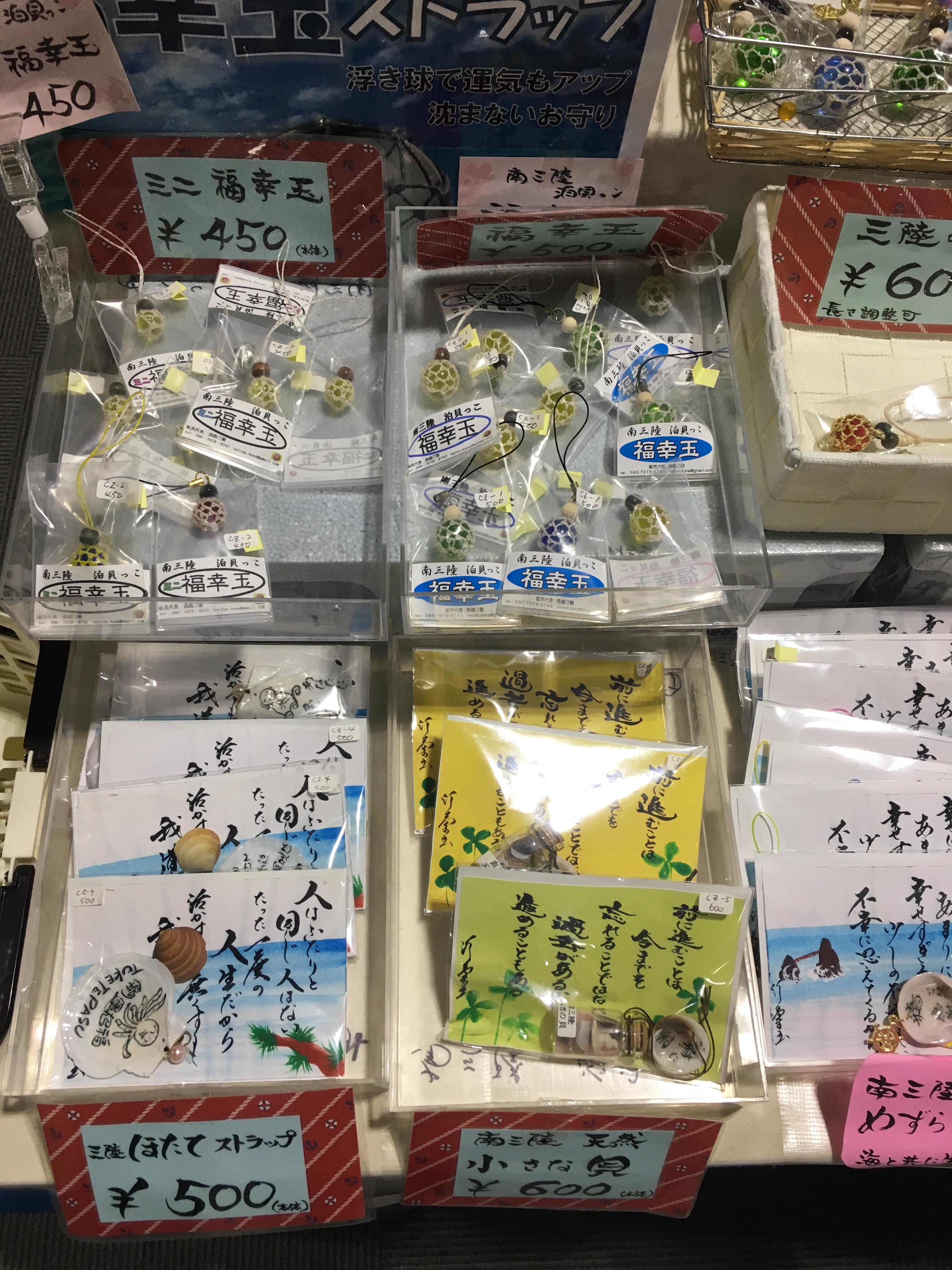 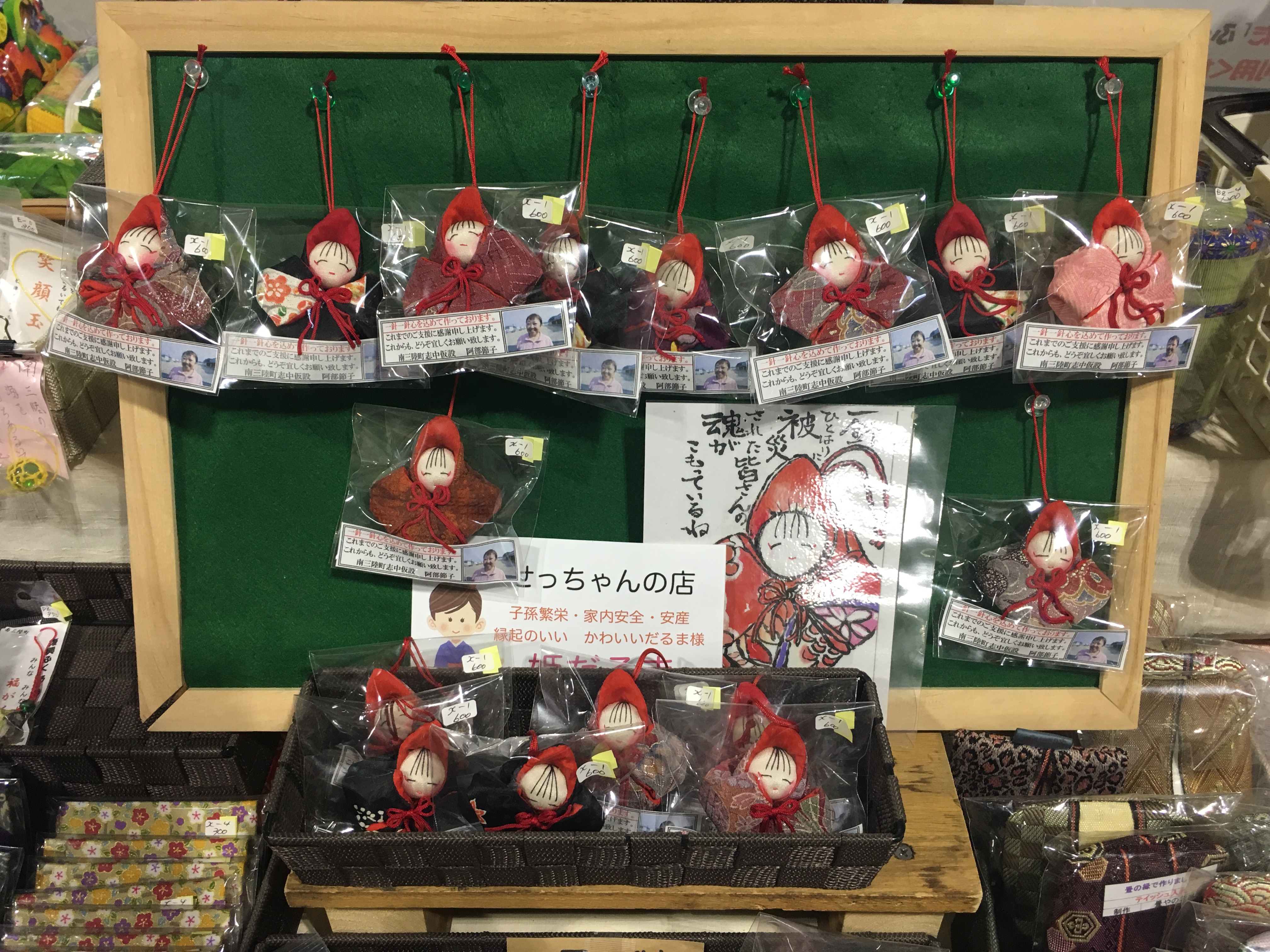 More local produce can be found a 5-min walk from the shopping village at the Minamisanriku Portal Centre. There are some locally-produced snacks on offer here, but mostly items such as wallets, bags, and small souvenirs are on sale. These have all been hand-made by residents of the town in an attempt to support the disaster recovery effort. Many of the items are produced from things left over or destroyed by the waves – fishing nets, or tatami mats. The materials have been given new life, and show the perseverance and strength of the locals in overcoming the tragedy. Purchasing items from here will contribute to the recovery of Minamisanriku. Visitors can also learn more about the disaster and reconstruction efforts at the adjacent gallery.

A tale of two tsunamis 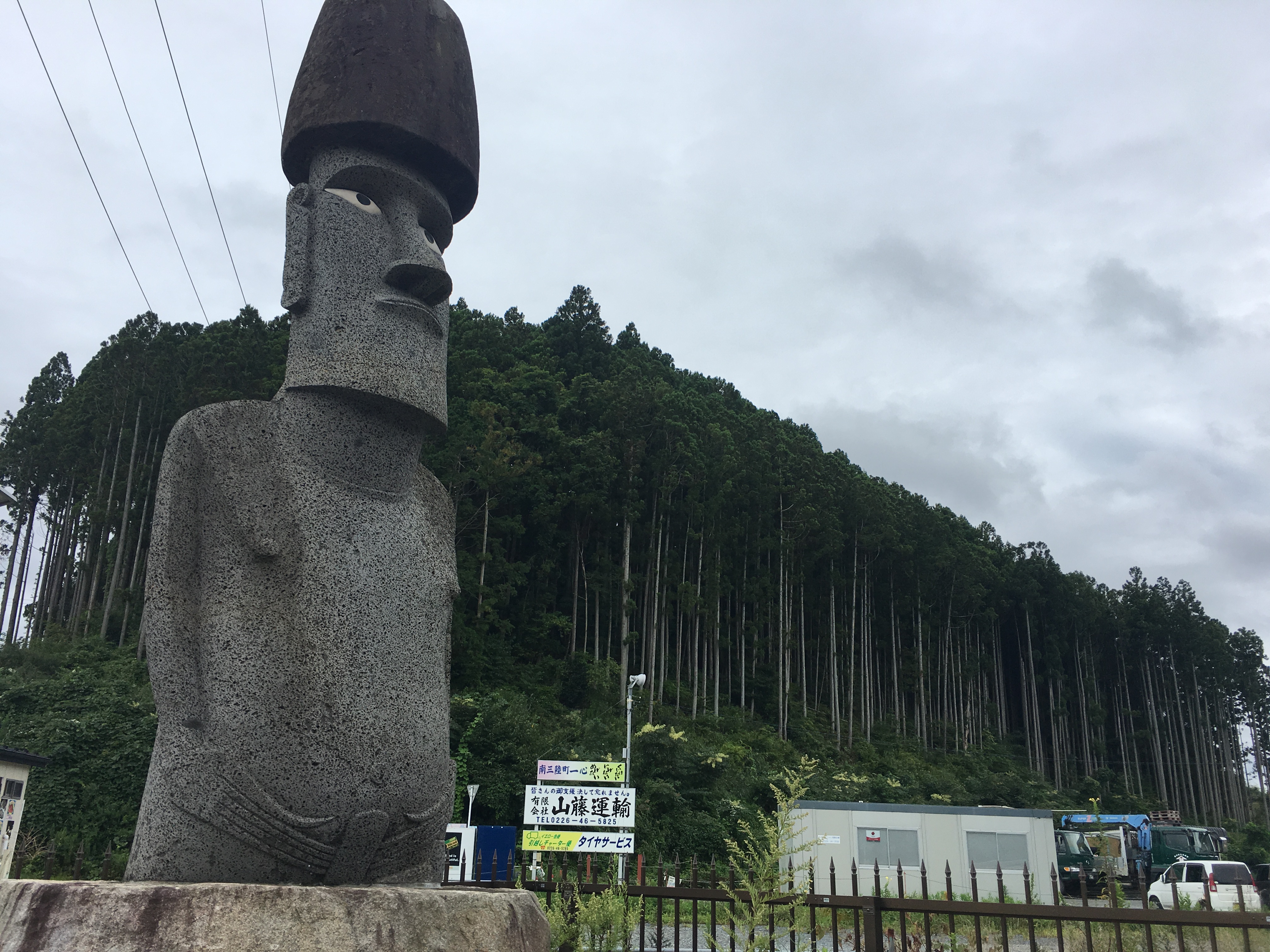 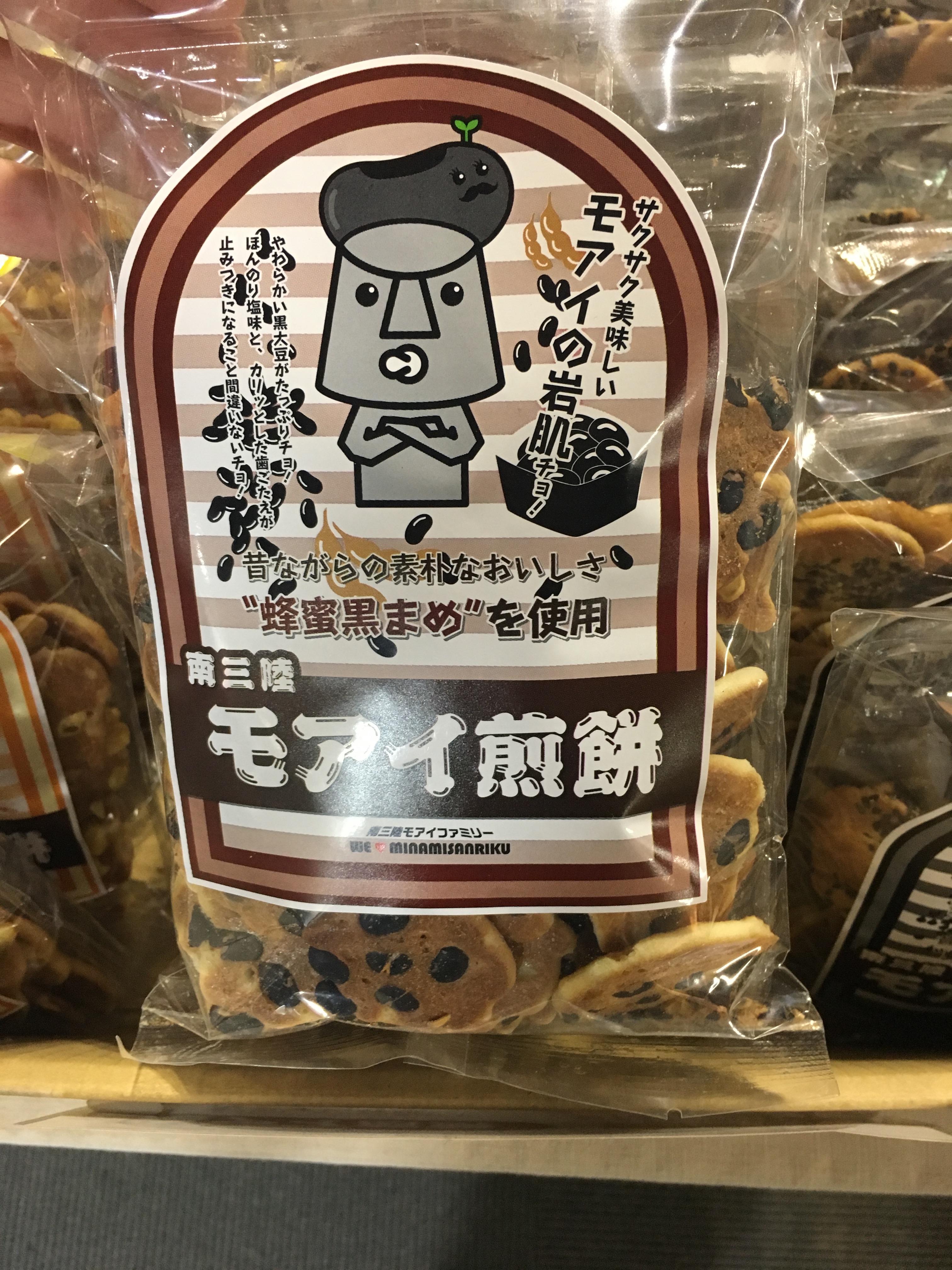 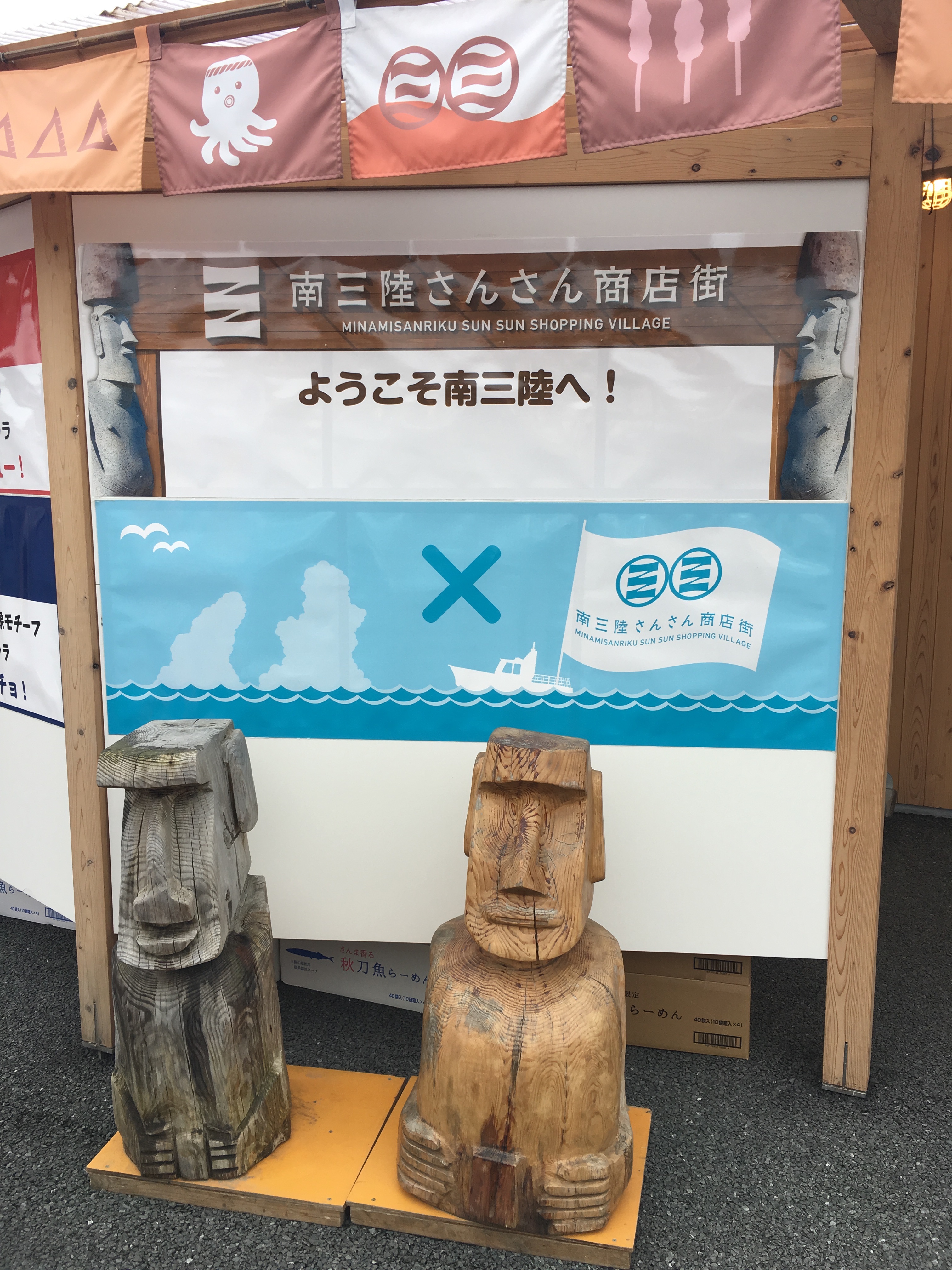 Through tsunamis, the fate of the town has been linked to Chile, which in 1960 experienced the most powerful earthquake ever recorded, that sent a tsunami across the Pacific Ocean that reached Minamisanriku. In remembrance of that event, Chile gave two Moai statues to the town, and following the 2011 tsunami, another Moai arrived (the first two were washed away and subsequently recovered). This Moai statue can be found a short walk from the Portal Centre, and is unique in being carved entirely from Easter Island stone, and for having painted-in eyes. While a perhaps unexpected sight on a visit to Japan, it stands proudly as a symbol of friendship and strength, and has clearly had a positive influence on the locals who have produced many Moai souvenirs, and wooden Moai statues hidden around the town – see how many you can spot!

* sea urchin (uni in Japanese) season is from the start of May until the end of August, so travel during this time will likely see sea urchin offered in meals. Oyster season is from November to February. The seafood selection also changes with the seasons.

Note: the train tracks were destroyed in the tsunami, so there are two options available, to take a Miyakoh bus direct from Sendai, or to go as far as you can using the train and then switch to the bus (which follows the old railway line route). The train route involves one transfer of trains. The author took a direct bus in the morning, and the train/bus to return to Sendai. Direct Miyakoh bus is faster and easier, but infrequent, so plan your schedule ahead according to the timetable. Click the following websites for further information.