Sagae is a small town sitting right in the center of Yamagata prefecture surrounded by mountains. To the west of the town sits mount Gassan, which is famous for accumulating so much snow summer the skiing season goes all the way to summer. From the north, melting snow flows into the Sagae River, which serves as an abundant water supply for sake brewing. The region is blessed with rice, water and a climate that make for some excellent sake. The brewery we visited this time is on a very quiet street just 5 minutes from Sagae-station. 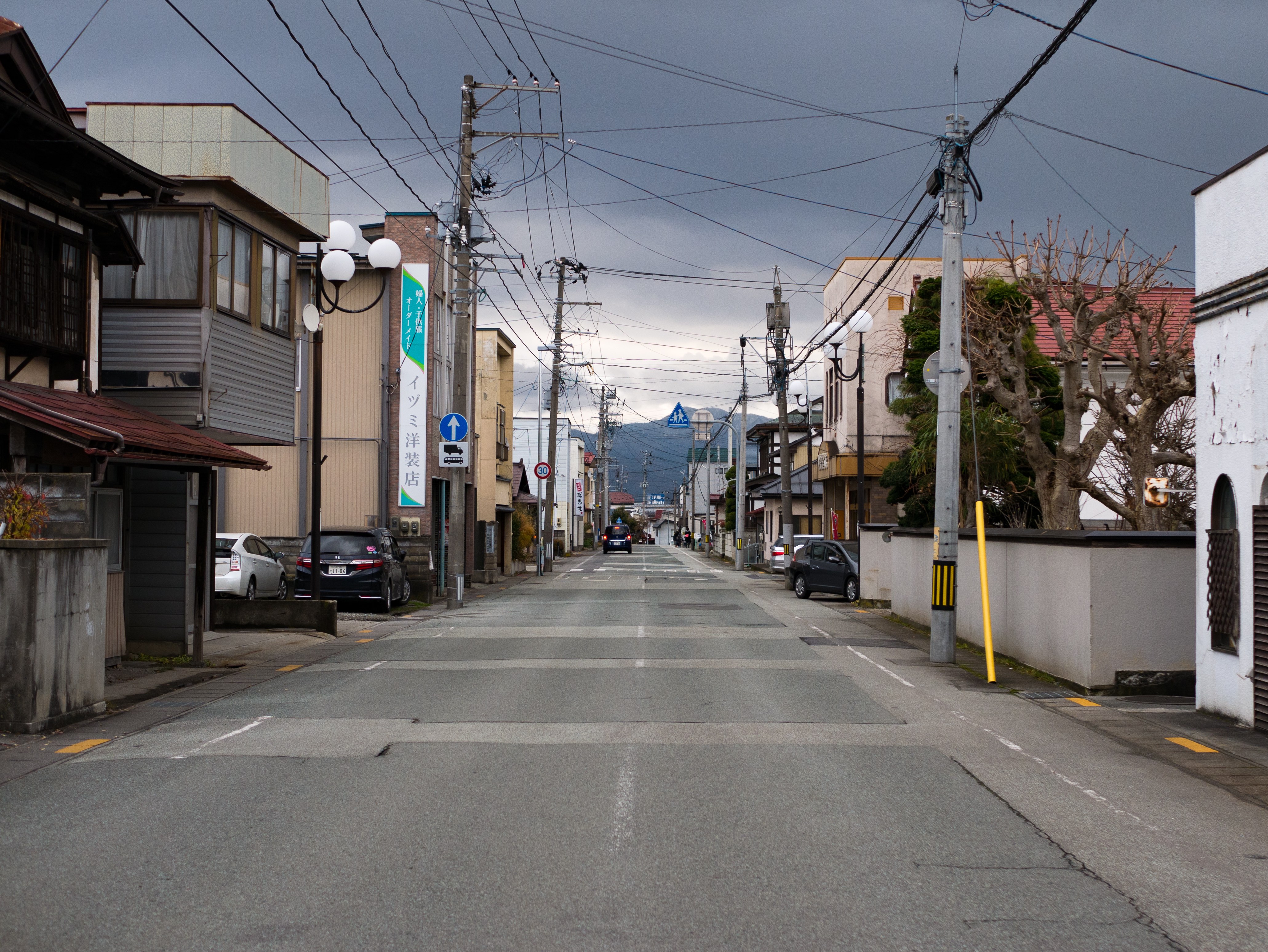 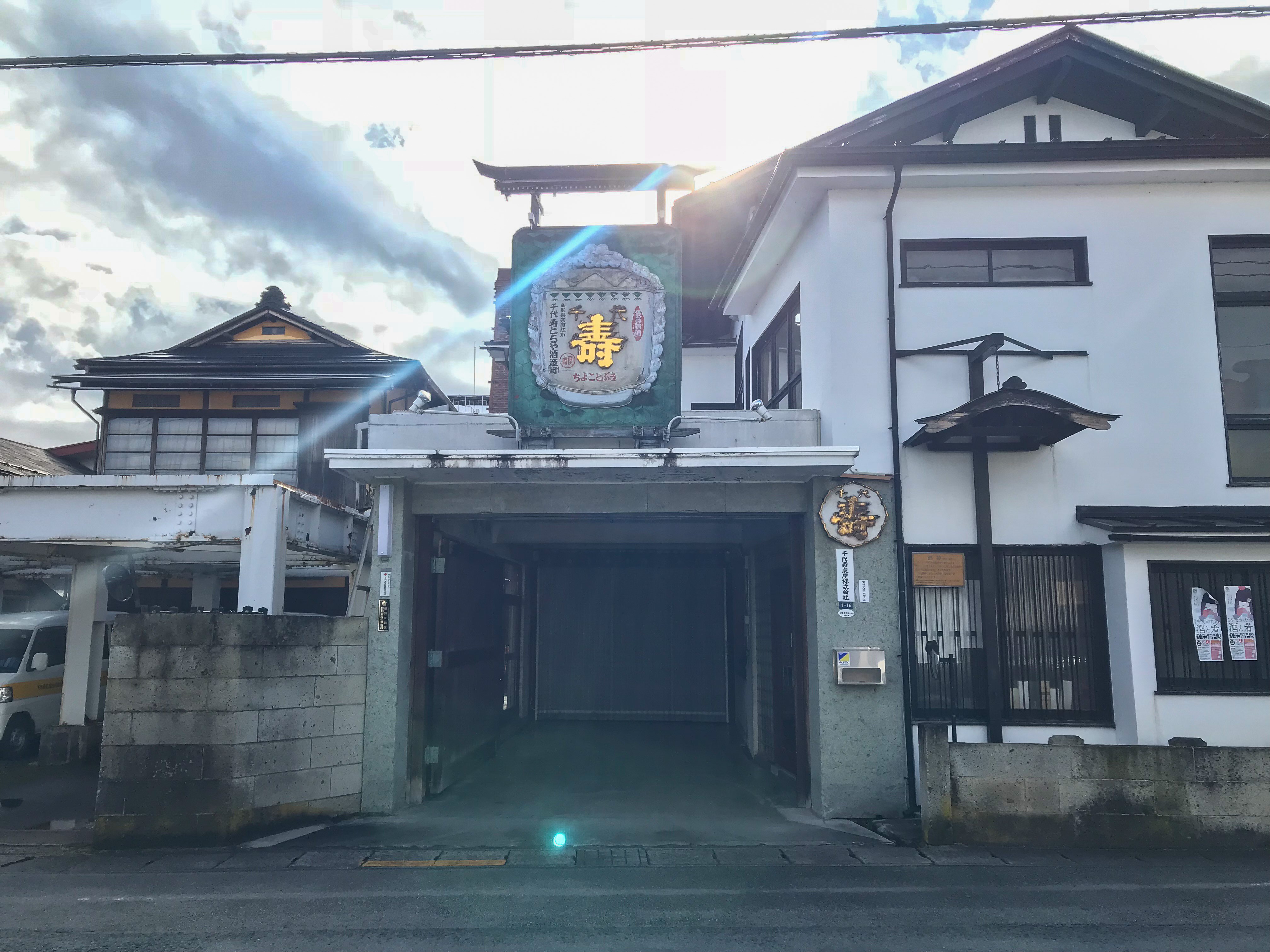 Toraya was a sake brewery originally founded in Yamagata city in 1696, from which later two other branches opened, one of them eventually splitting and becoming current Chiyo Kotobuki Toraya in Sagae. The small brewery with around 100 years in its current location keep the motto of brewing sake with local roots and striving for top quality.

One particular aspect of the brewery is the rice strain called “Toyokuni”, which they revived in 1990 as a way to promote Sagae. The outstanding characteristic of this strain is its steaks length, being the longest of all strains used for sake brewing.

The company looks even over the rice growing process, often advising and working together with local rice growers, some who even work at the brewery during winter when they can’t grow rice. All of their sake is brewed using Yamagata rice making it true local Yamagata and even Sagae sake. The company has been promoting “Junmai-shu”, which is the original way sake was brewed, since 1960. 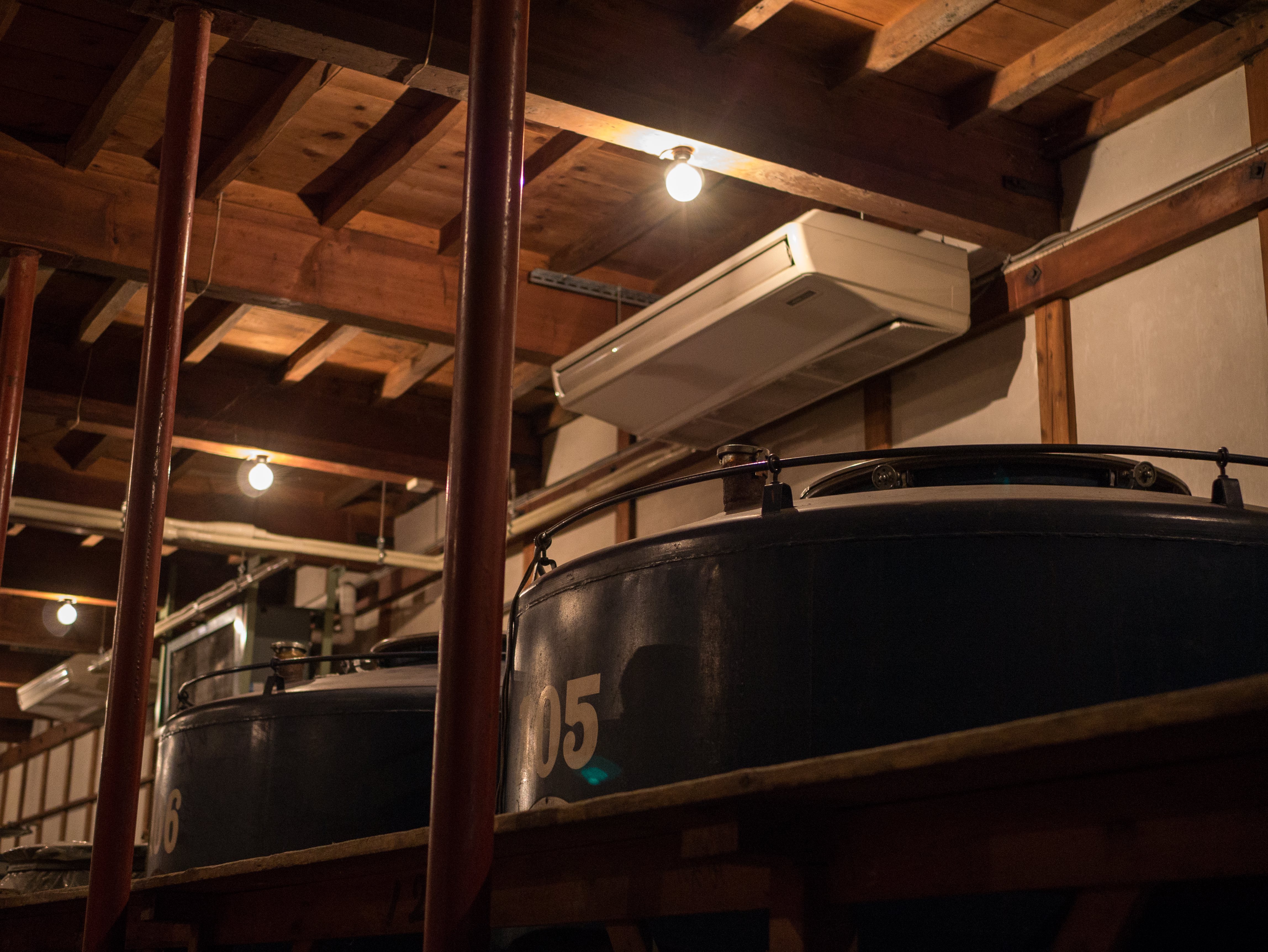 Inside the brewery － From polishing to packing

The whole process starts at the afternoon polishing the rice, the highest quality sakes having up to 40% polishing rate using only the very center of the rice. The polished rice however is not thrown away, it has a variety of uses ranging from fertilizer to rice flour. The next step is washing the rice, which is steeped in water overnight for steaming the next morning. In the morning, the soaked rice is steamed in big tanks which later pour it on a conveyor belt and it is aired and divided for different uses. A special mold is then sprinkled over the steamed rice and left to ferment for over 2 days on large trays at around 36 degrees, after which it is translated to big tanks where water and yeast are added and left to incubate at low temperatures. Through a series of additional processes and some time, the mixture becomes so bubbly it needs a machine which constantly breaks the bubbles so it won’t spill out of the tanks. 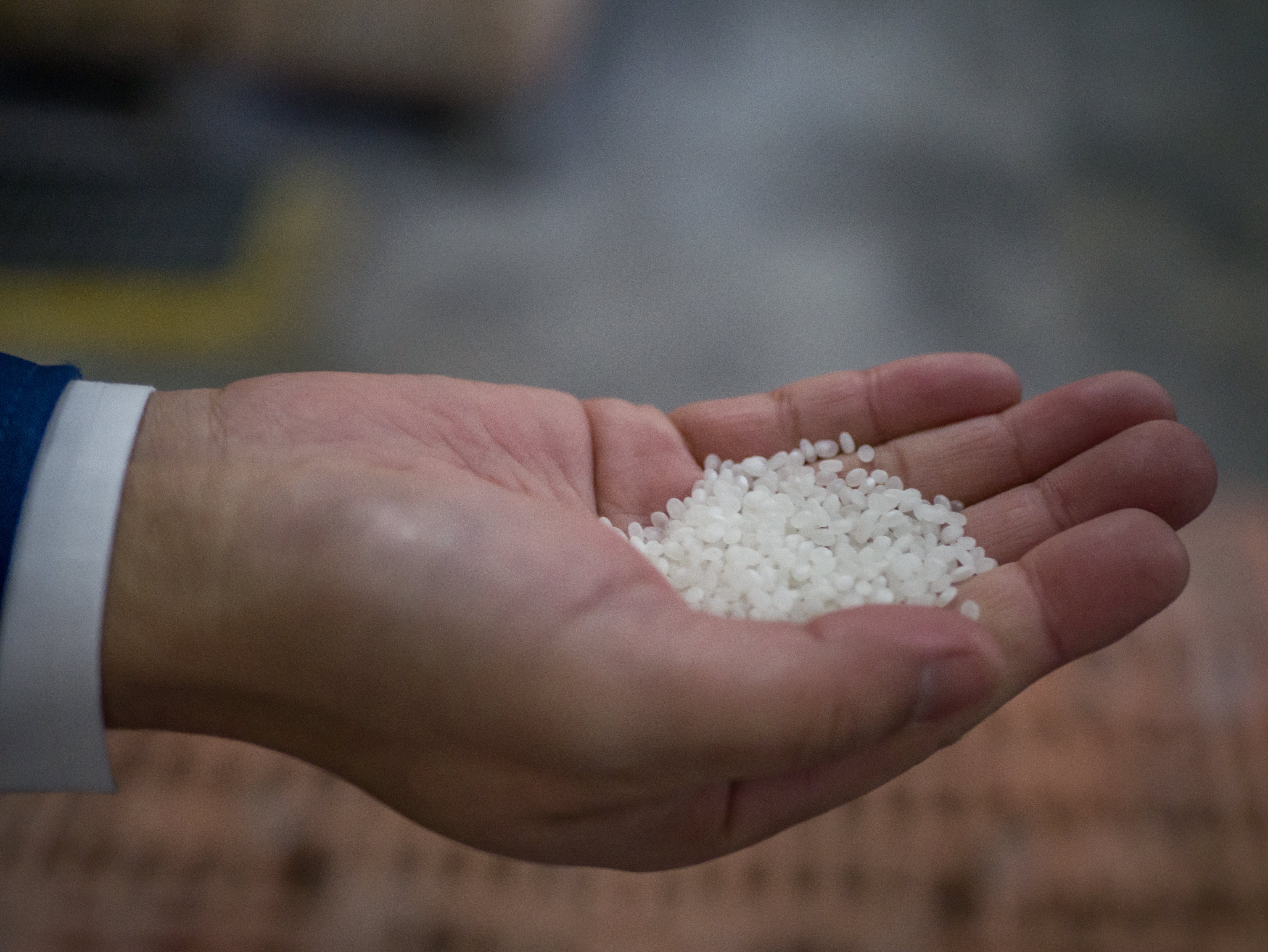 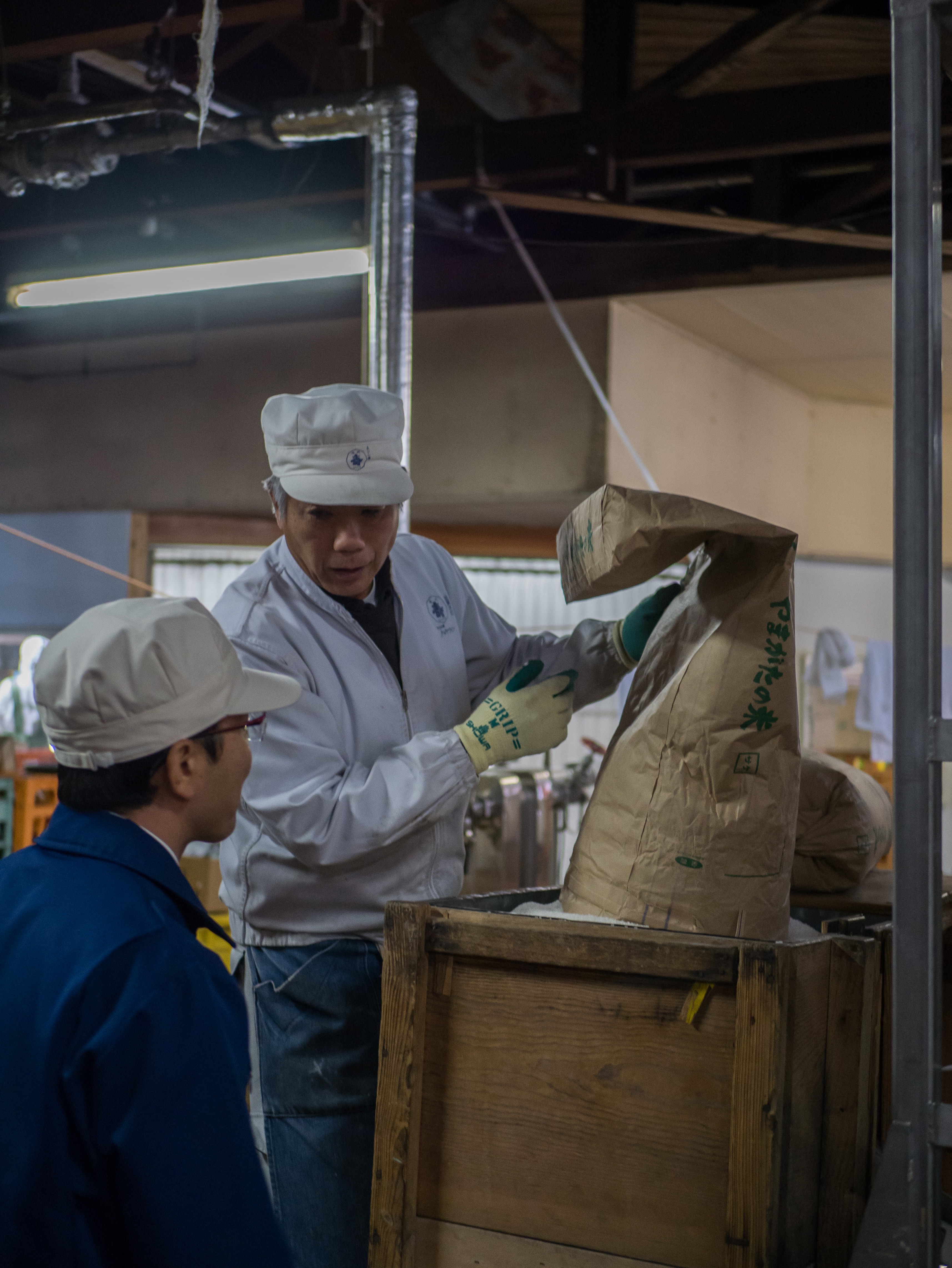 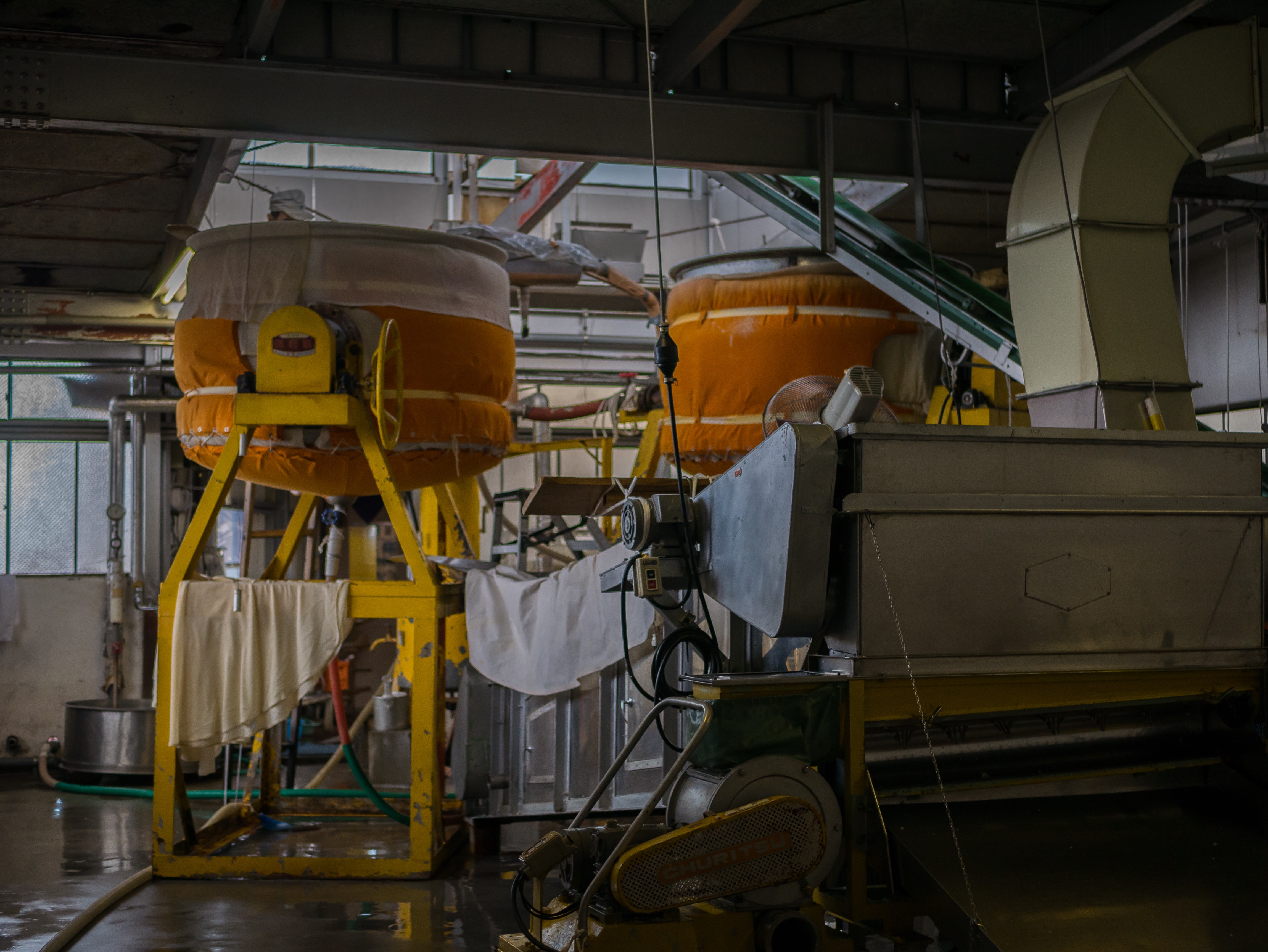 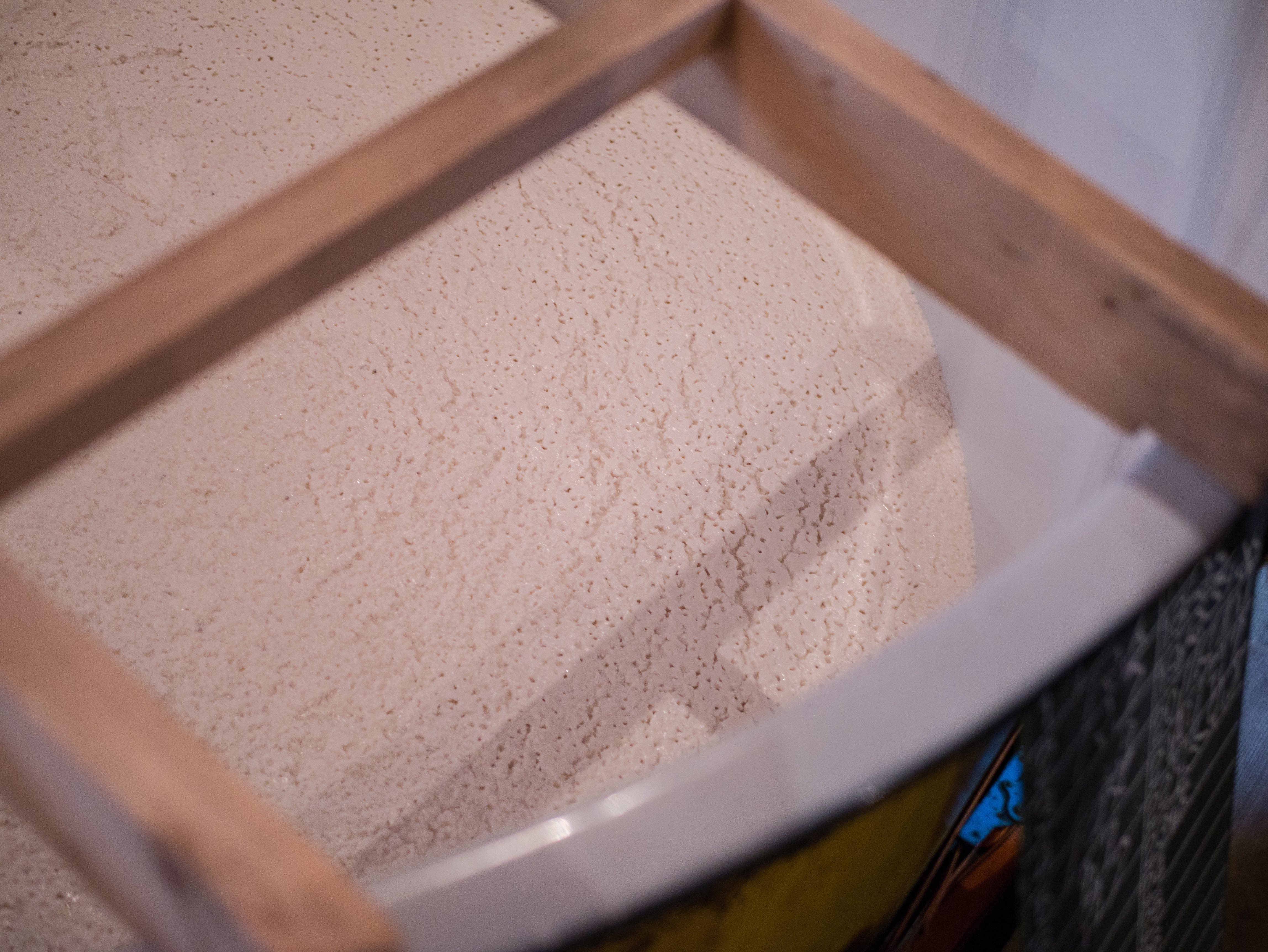 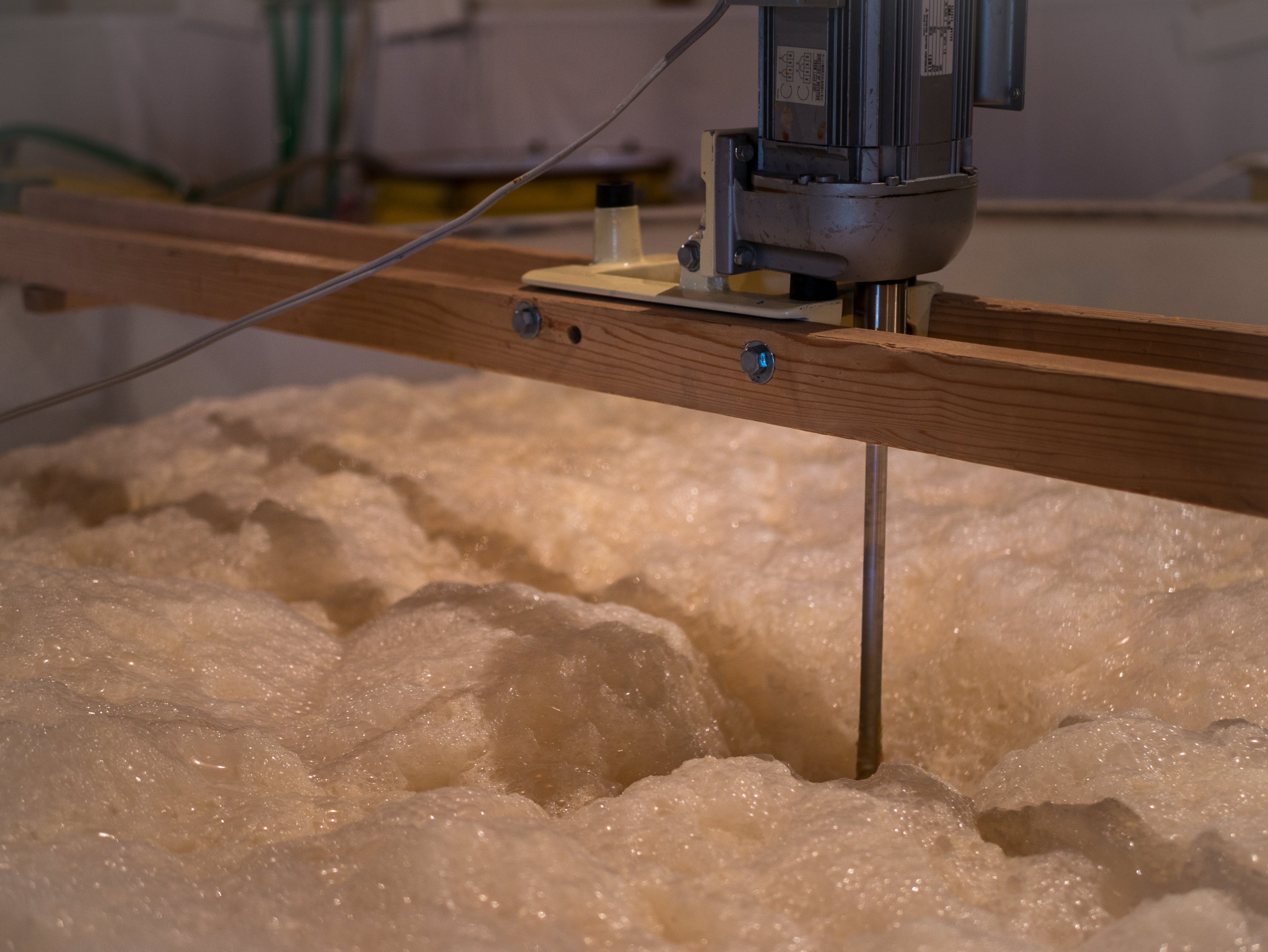 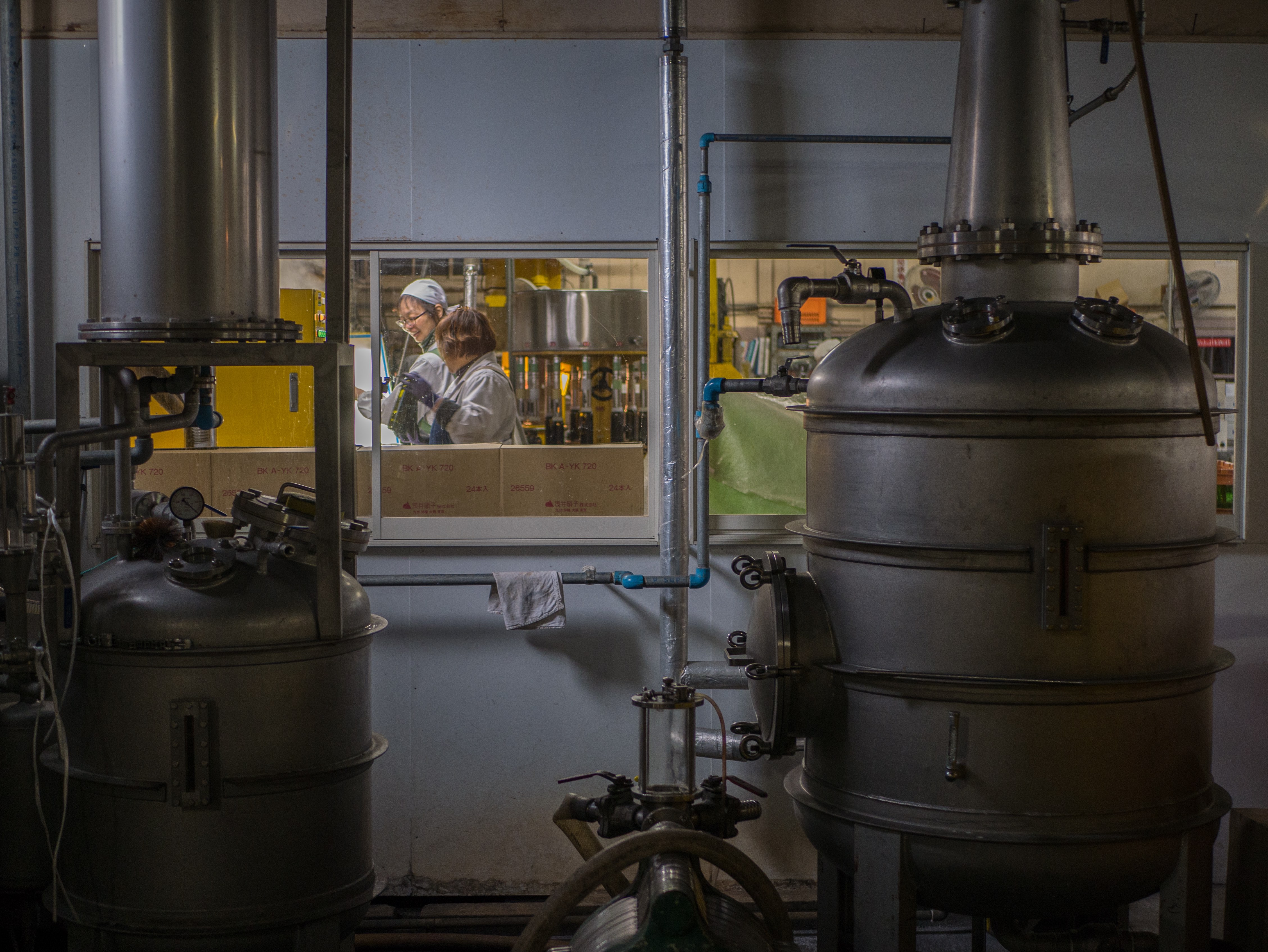 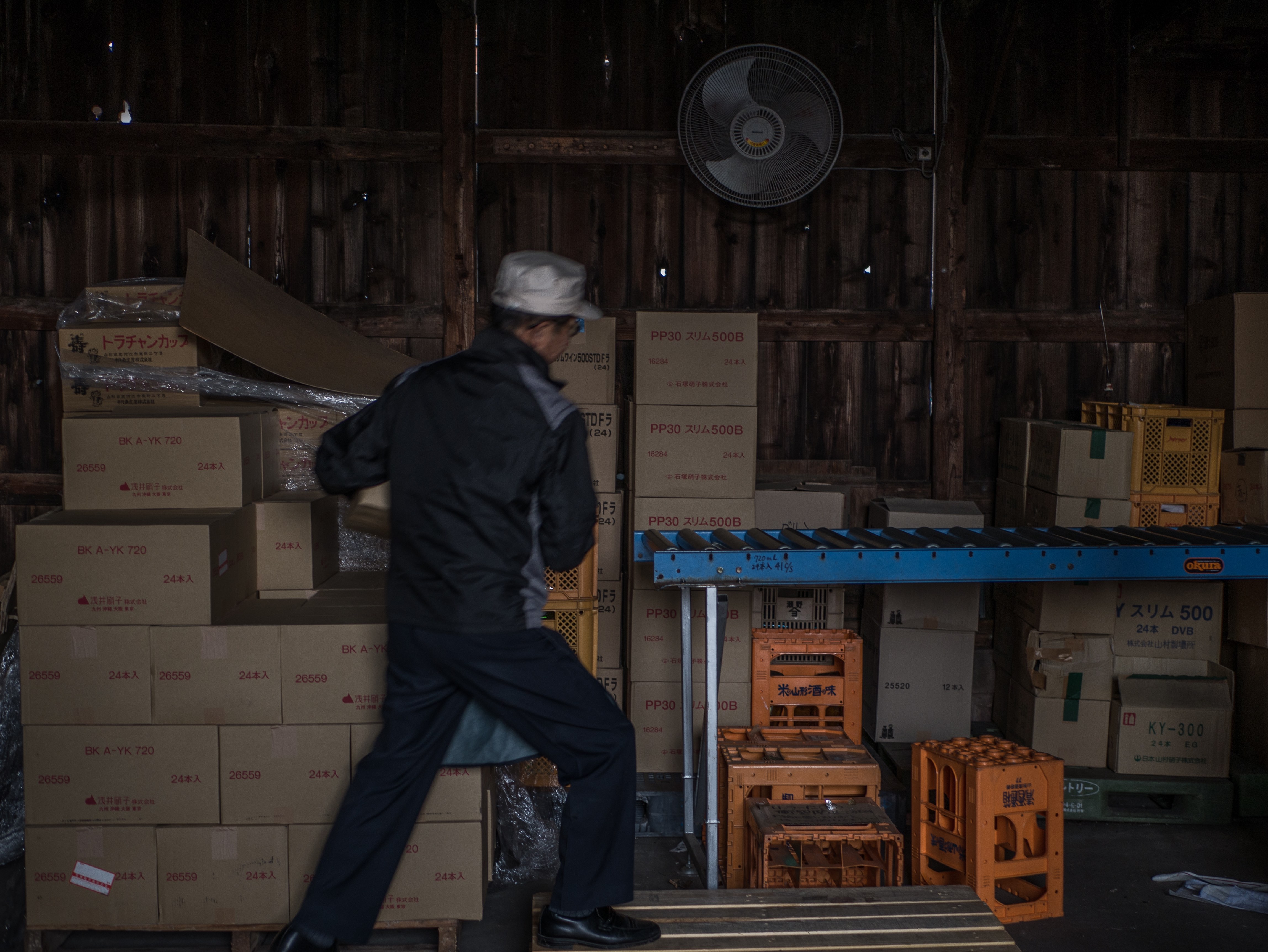 With most of the structures being made of wood and preserving a traditional Japanese style combined with current machinery necessary for making the best possible sake. The second floor even holds a spacey room used for events where old utensils are still kept.  Also the brewery holds a ceremony each year celebrating when the years new sake is finished around mid-December, when a new pine globe called “sugitama” is hanged on the front of the brewery. The new pine globe represents the new sake and as it changes color through the year it represents the sake maturating. 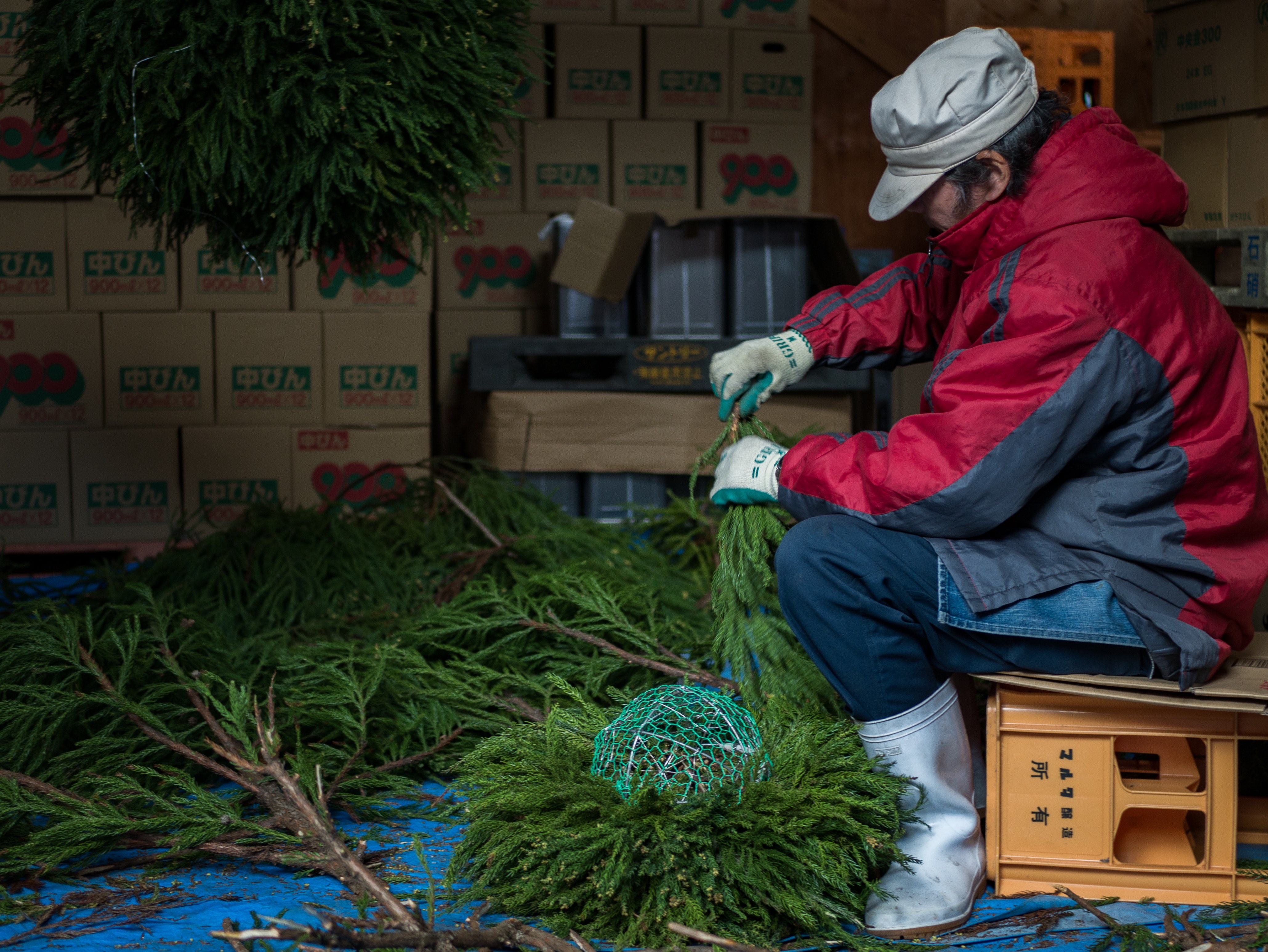 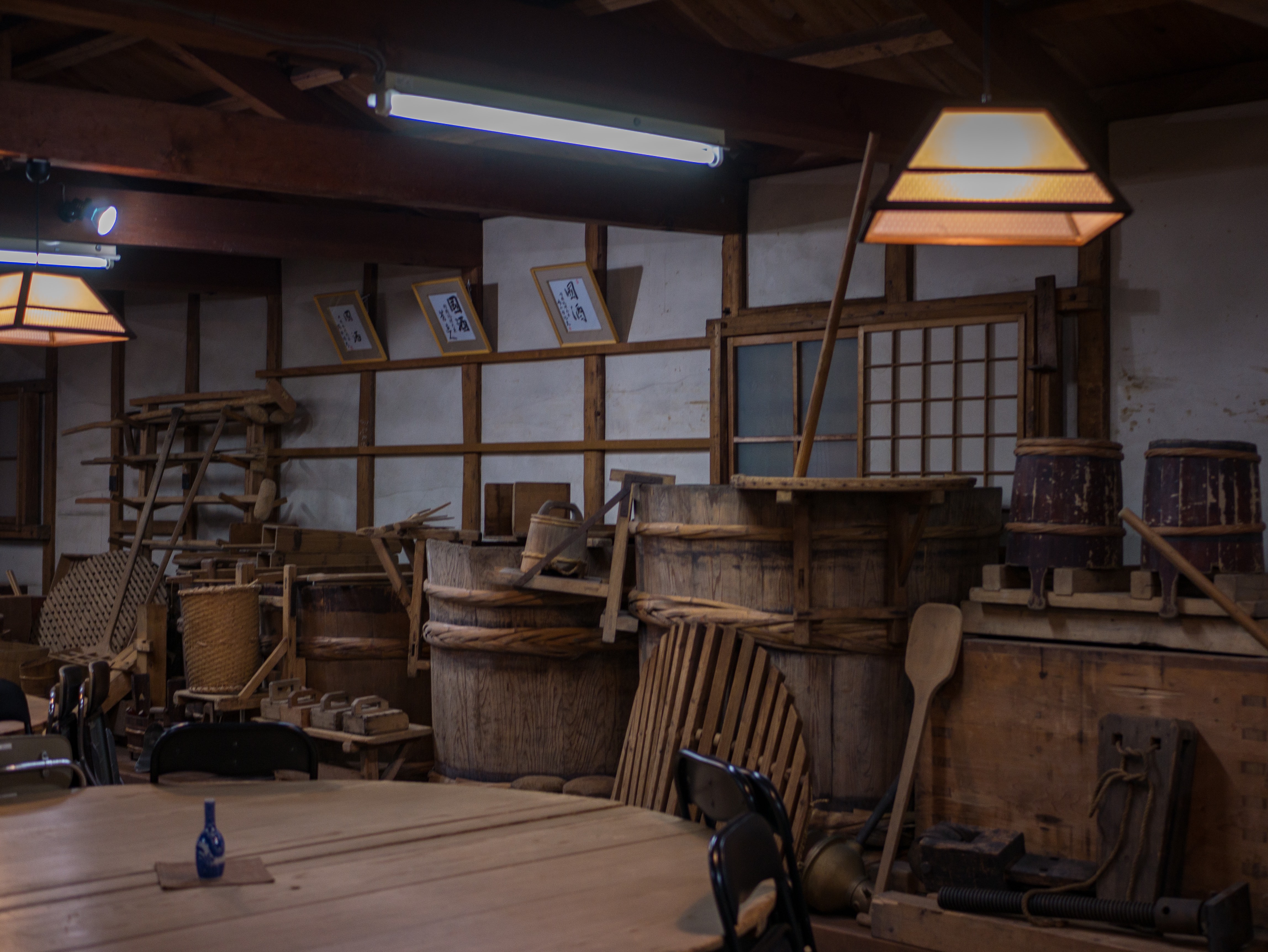 At the end of the day, one can enjoy tasting some of the delicious sake the brewery offers for free and even maybe buying a bottle as a gift. 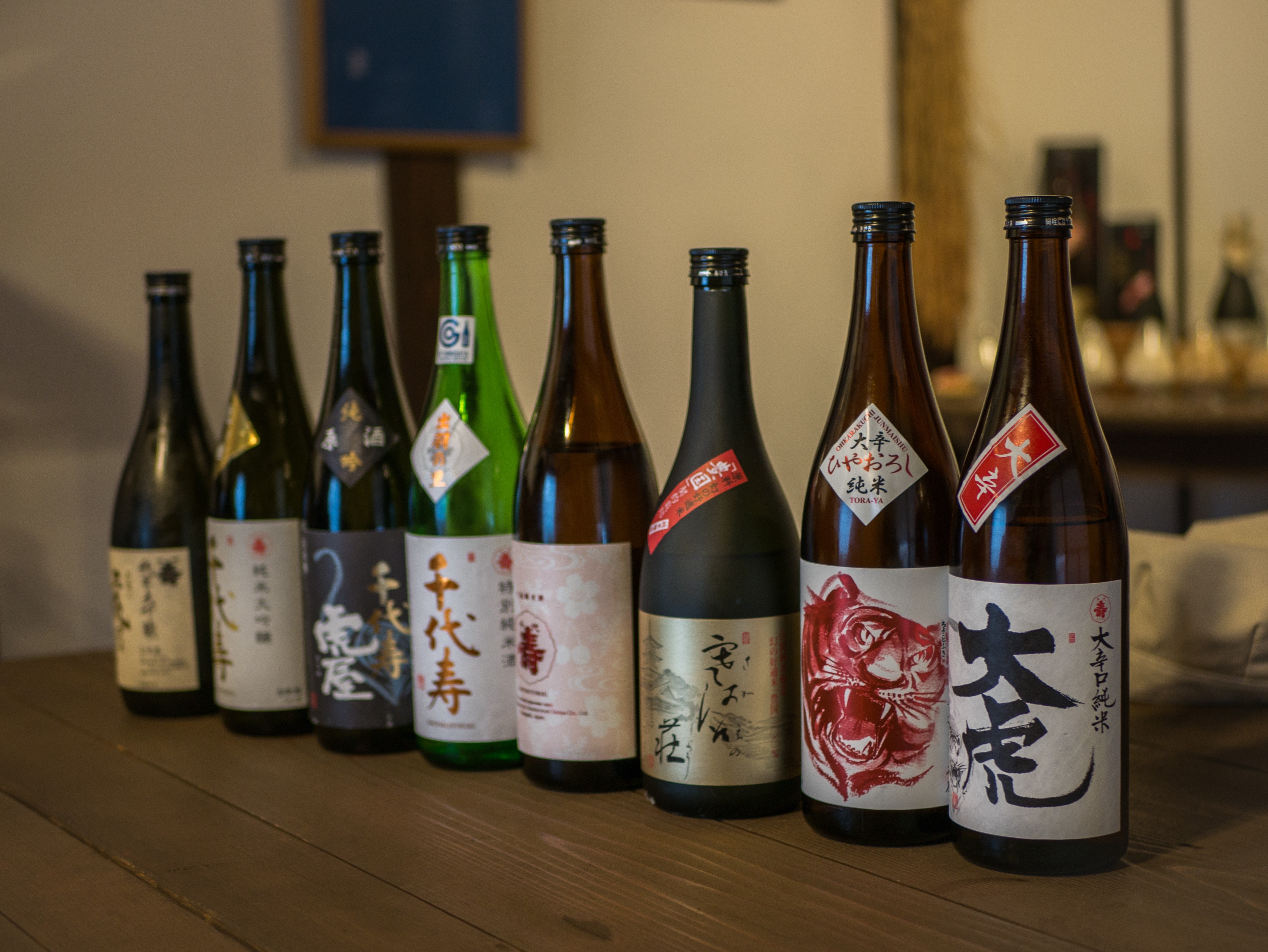