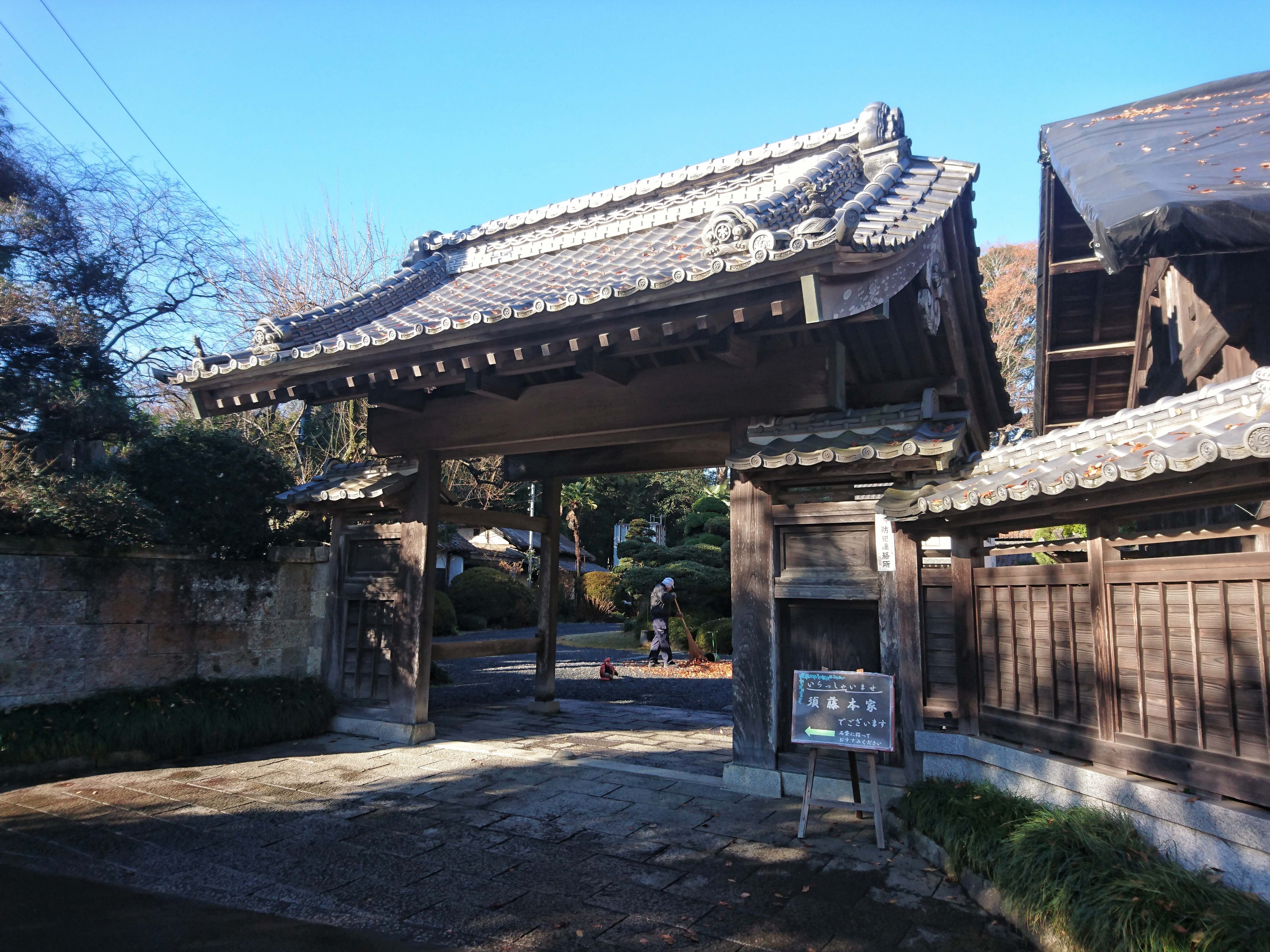 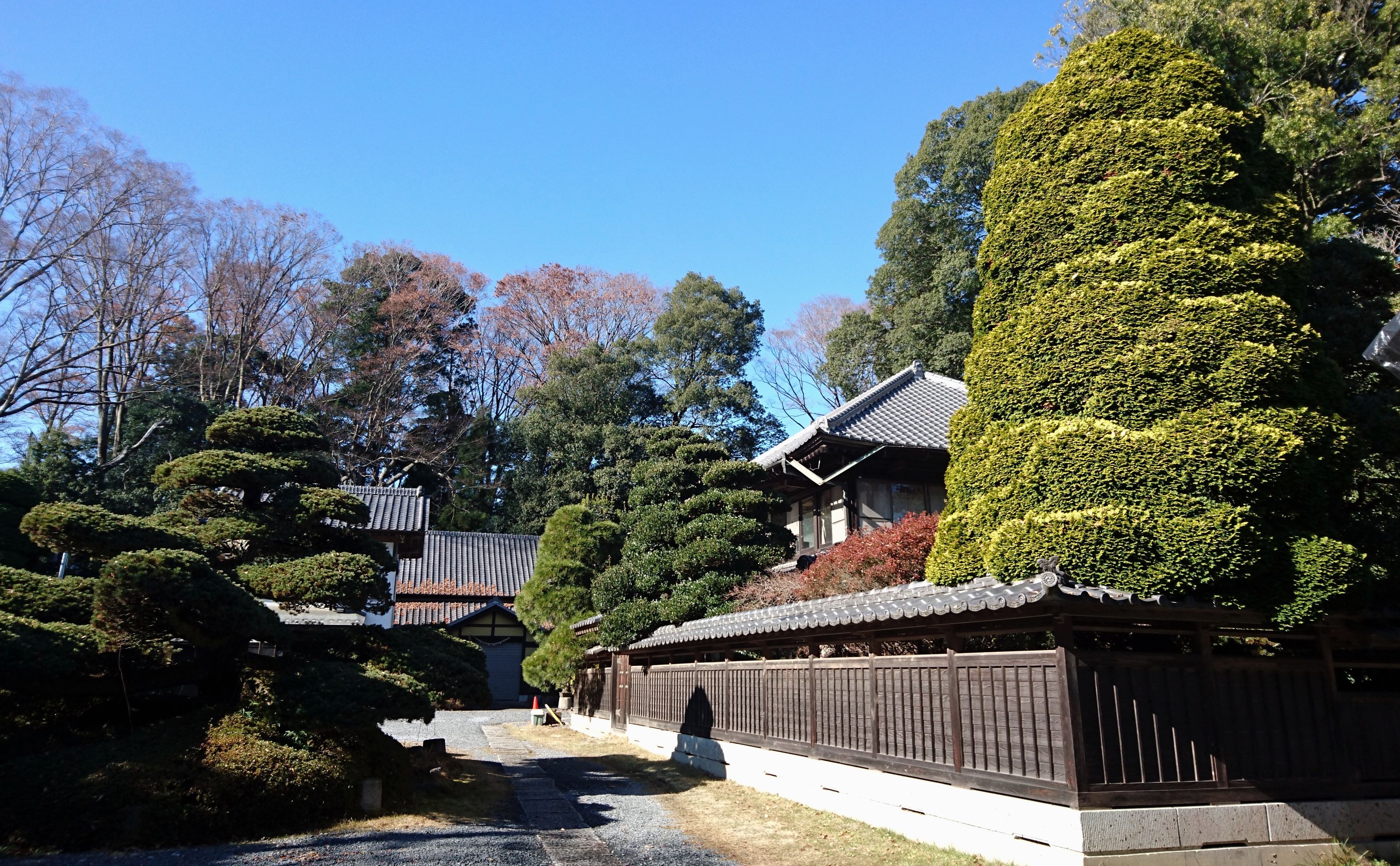 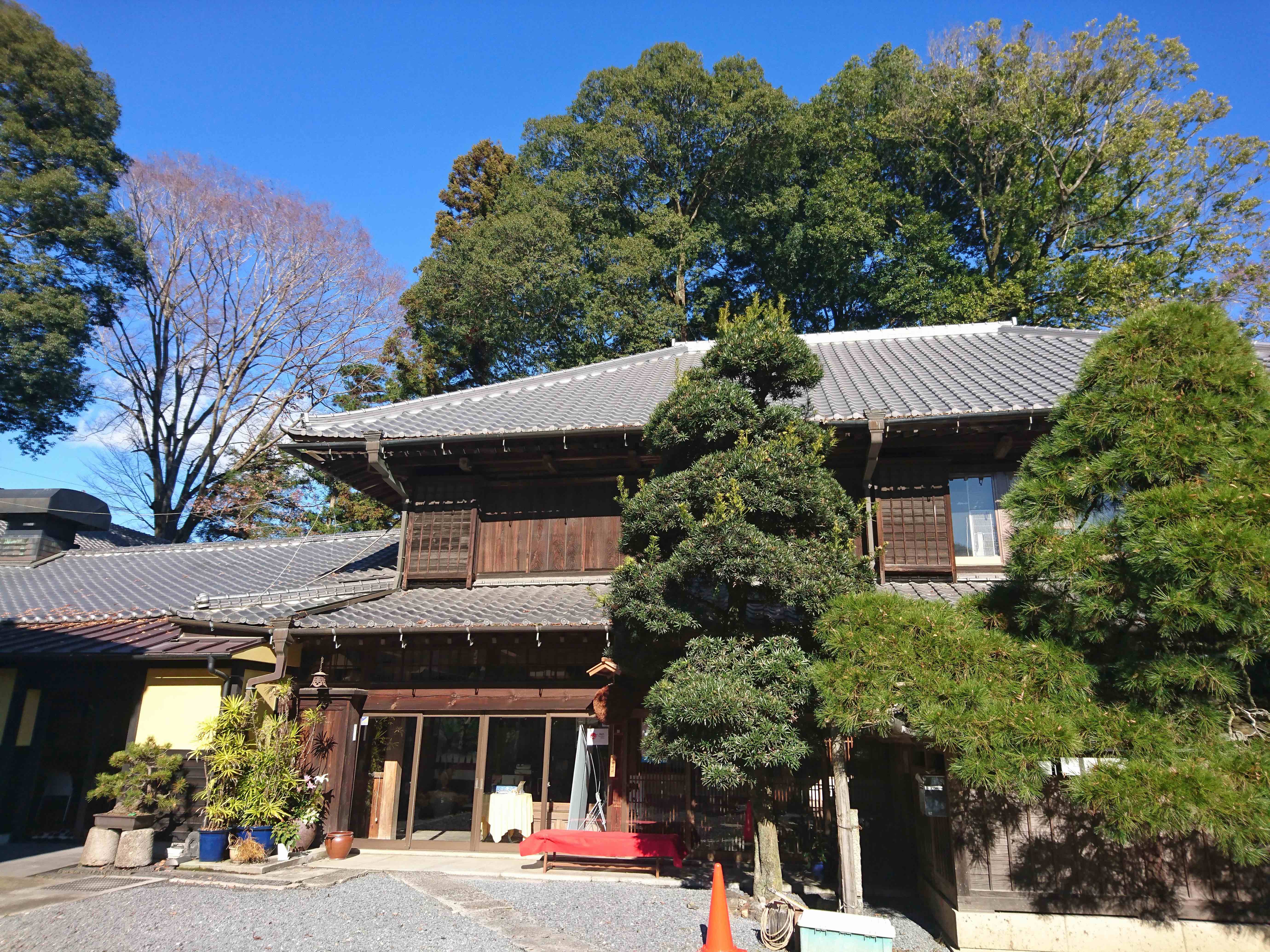 Little did one know, there is a sake brewery in Ibaraki prefecture that secured themselves a place in the hearts of many Japanese sake loves from all over the world. In fact, their sake, “Kakunko” had the honor of being served at the G7 Ise-Shima summit in 2016. One reason for the prestigious treatment:  their unwavering dedication to craft the highest quality Japanese sake with the finest local raw materials in a well-preserved natural environment. Nested in the rustic Japanese countryside landscape, the premises of the Sudo Honke dwarves the houses in the surrounding area but maintains a simple façade with a small signage directing sake patrons. The reception building was just like any other Japanese farmer’s humble dwelling. 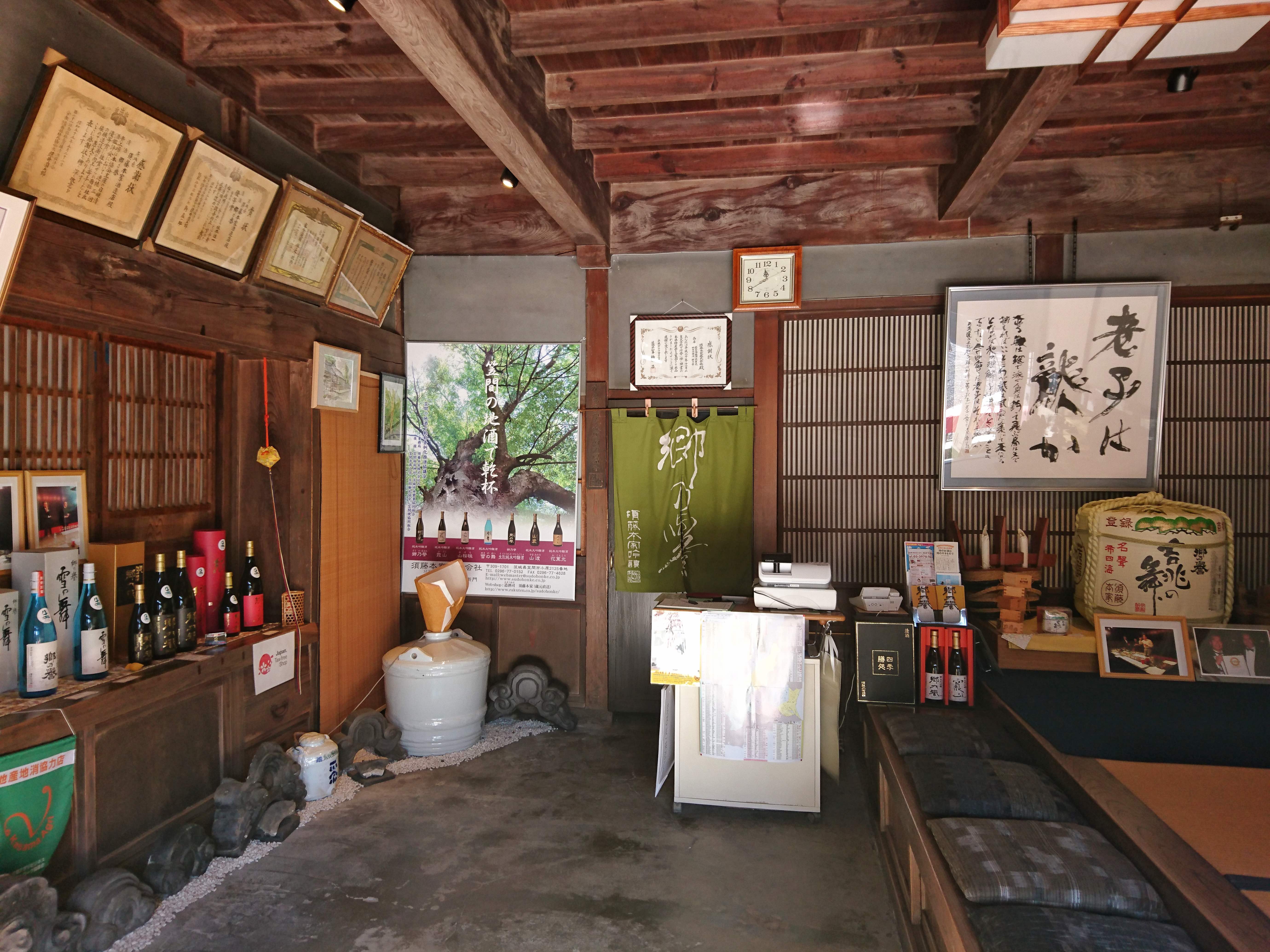 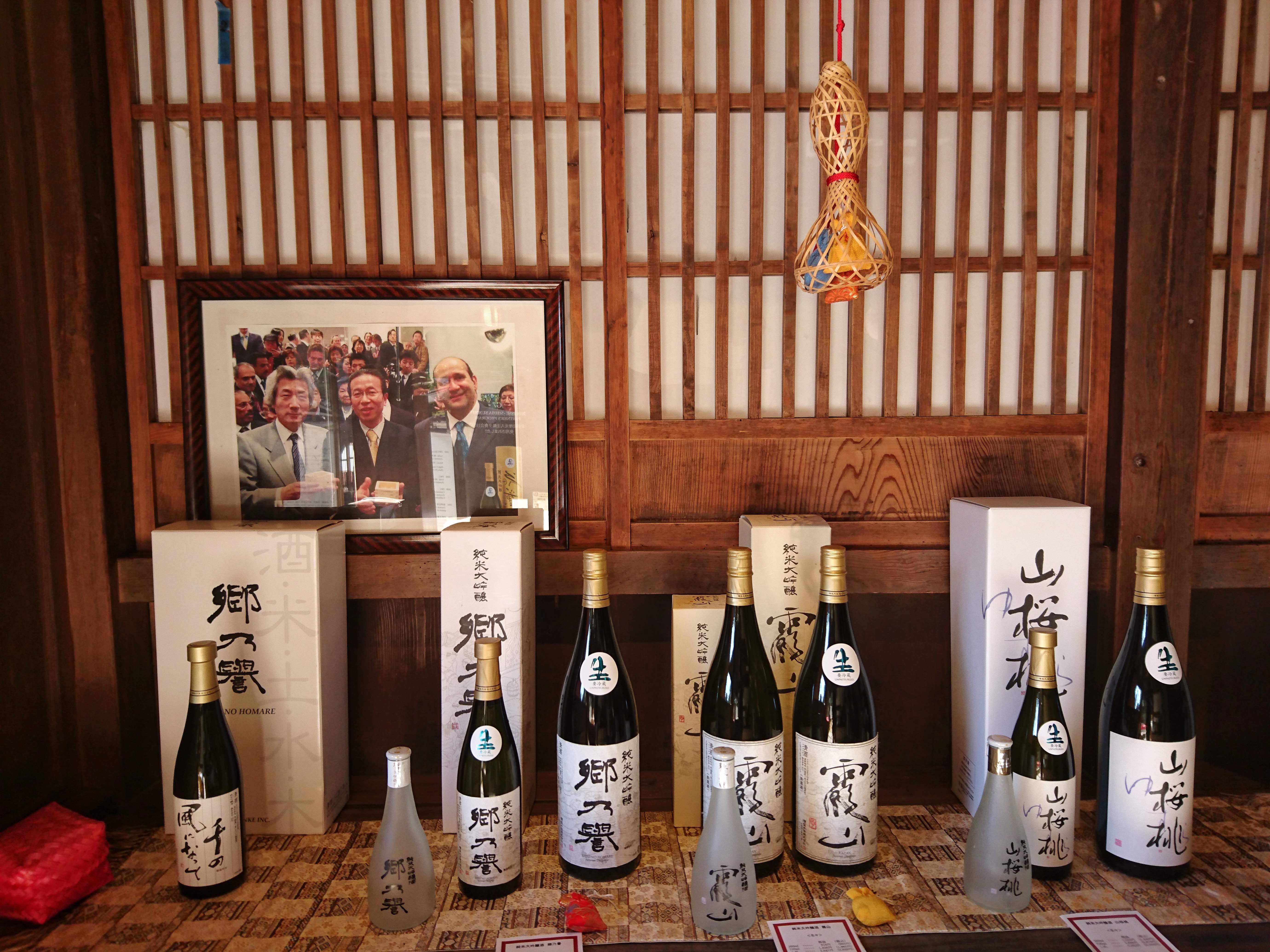 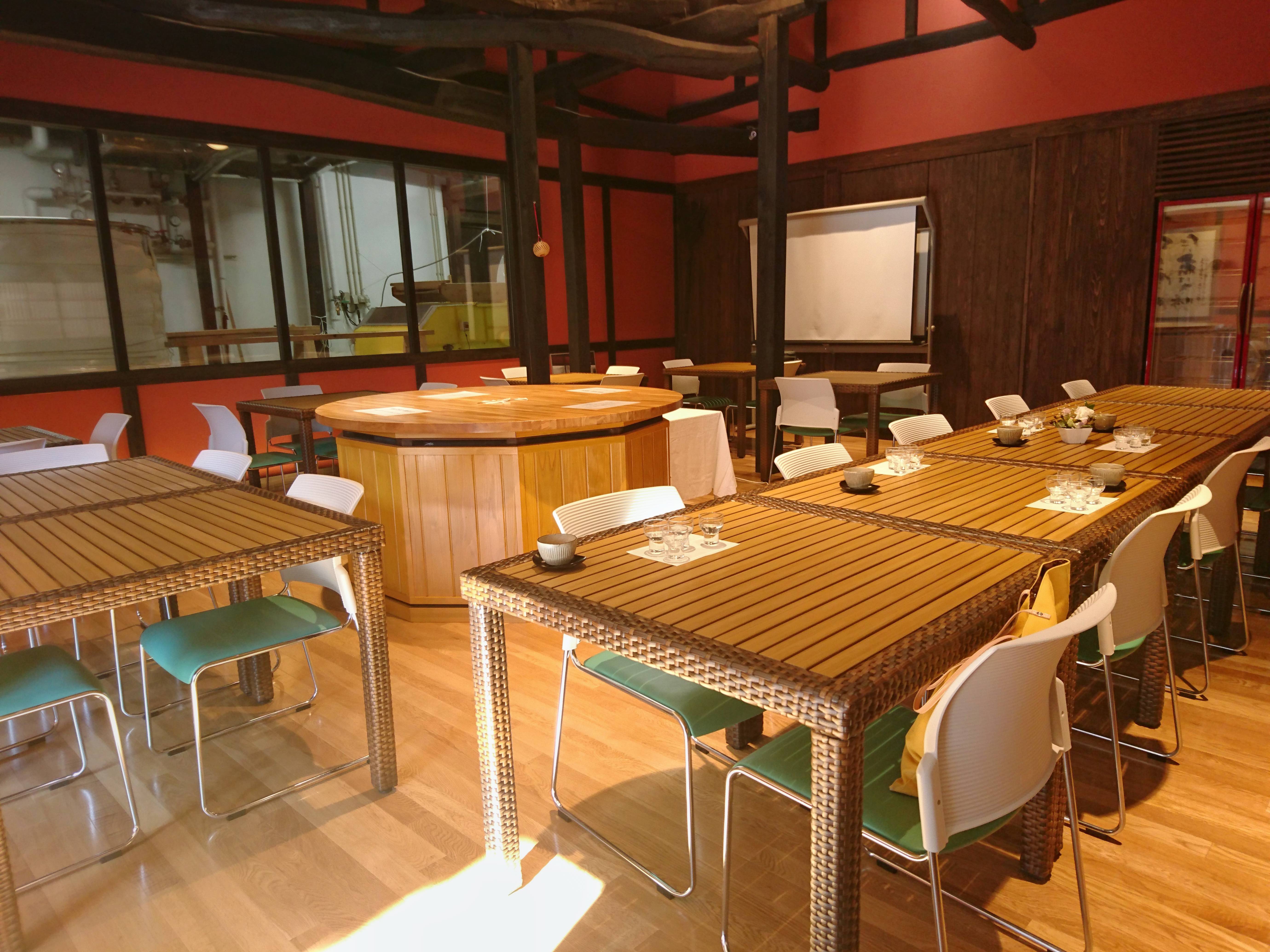 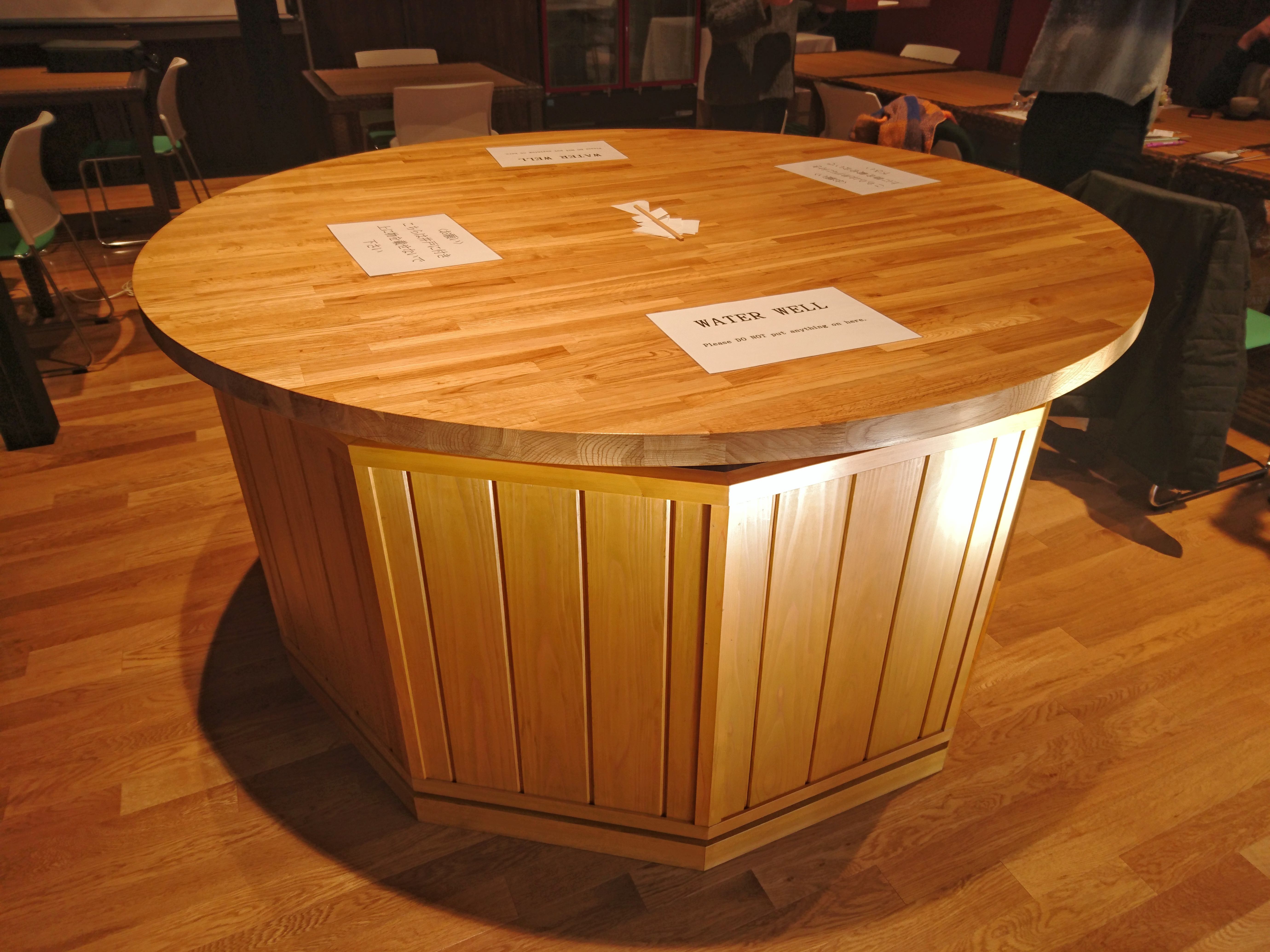 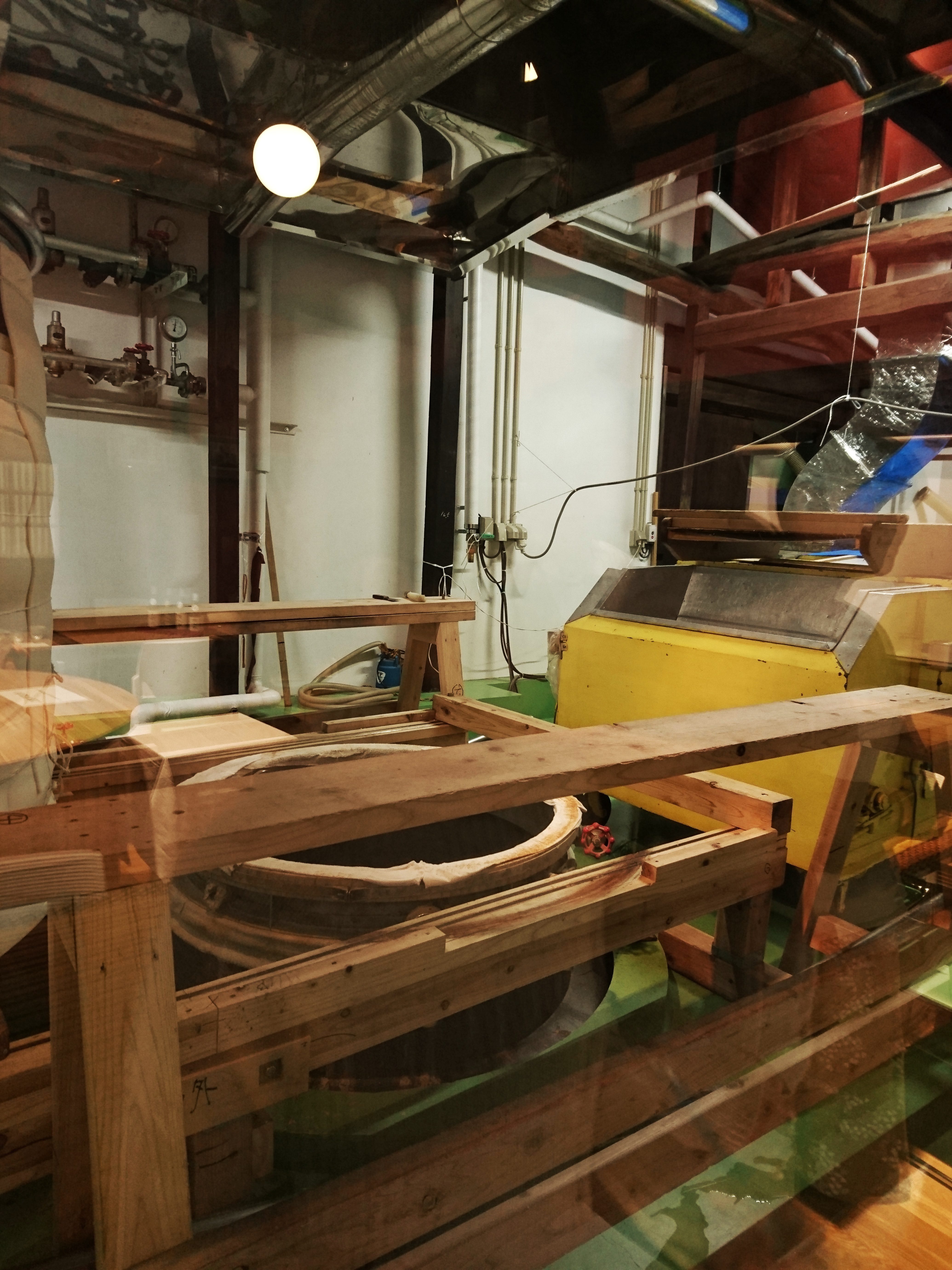 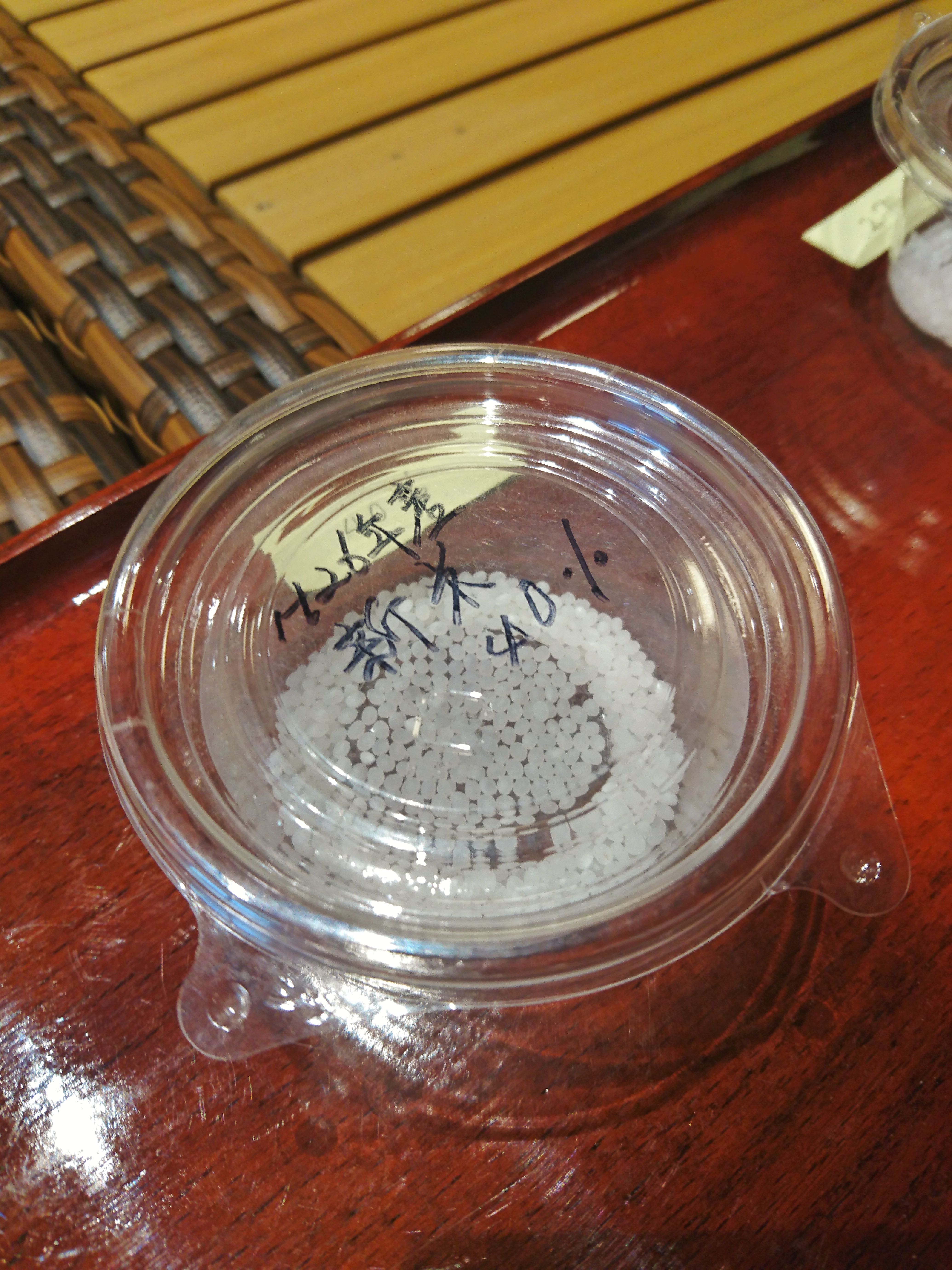 Since its establishment in 1140, for 55 generations, the house of Sudo has continued to pass down the teachings of the family which is to “not cut down trees”. The logical way of thinking that good trees translate to good water, then to good soil, to good rice and finally good sake is straightforward, and has been a key anchor in their undertaking of their job as a remarkable sake brewer. The president revealed many of his  experiences to collaborate with sommeliers in inventing the perfect harmony of tastes in a wide range of cuisines, from French to Chinese and of course Japanese cuisine.

Midway through the session, there was just one intriguing thing which caught our eyes and that was a large circular wooden table top. Lo and behold it was a well! The building extension which hosted the room for receiving visiting guests was built over an existing well. The idea that water is essential in sake brewing once again struck us. The level of dedication of Sudo Honke to their craft is just impressive; no wonder they are lauded for their high-quality sake. 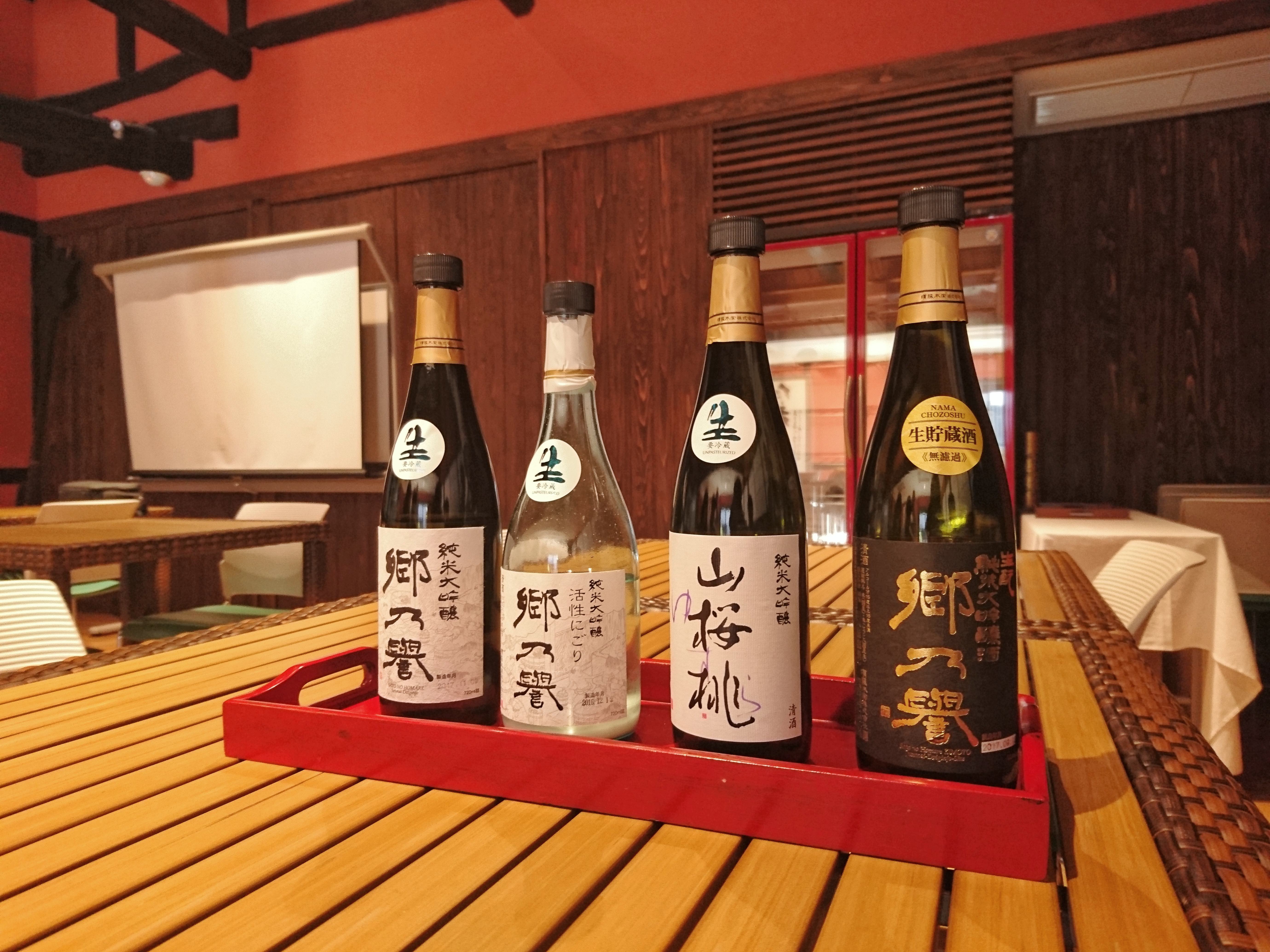 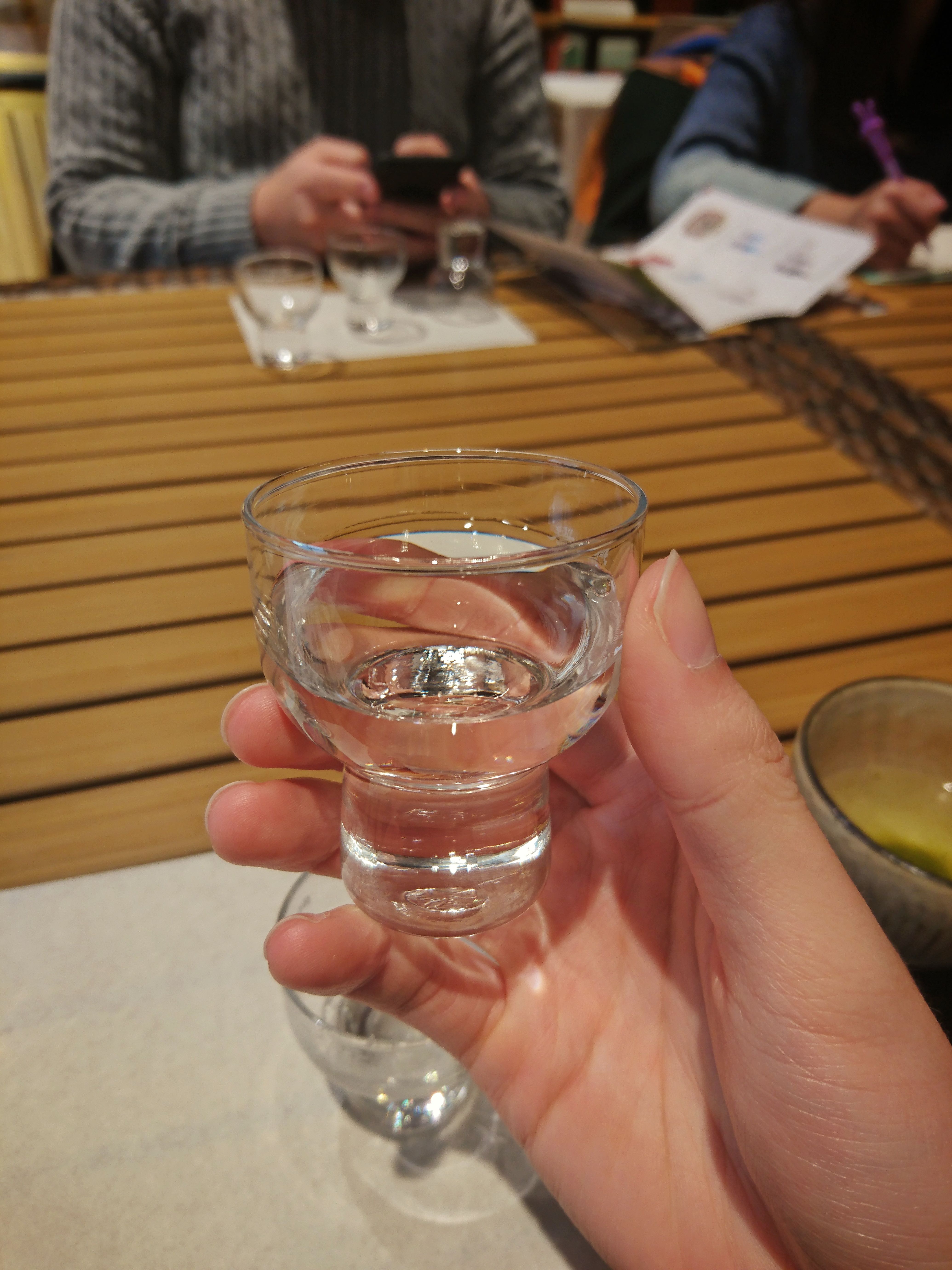 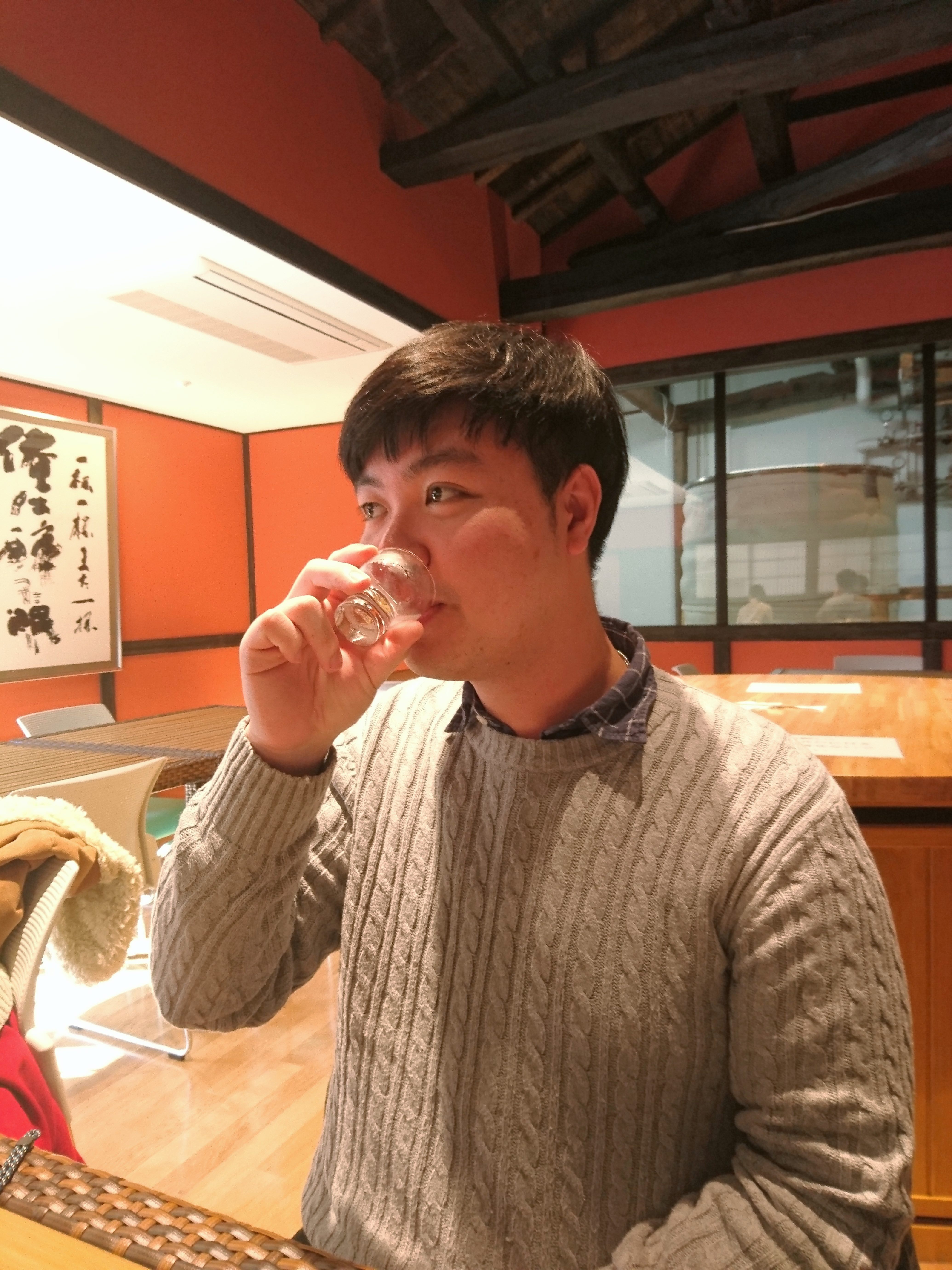 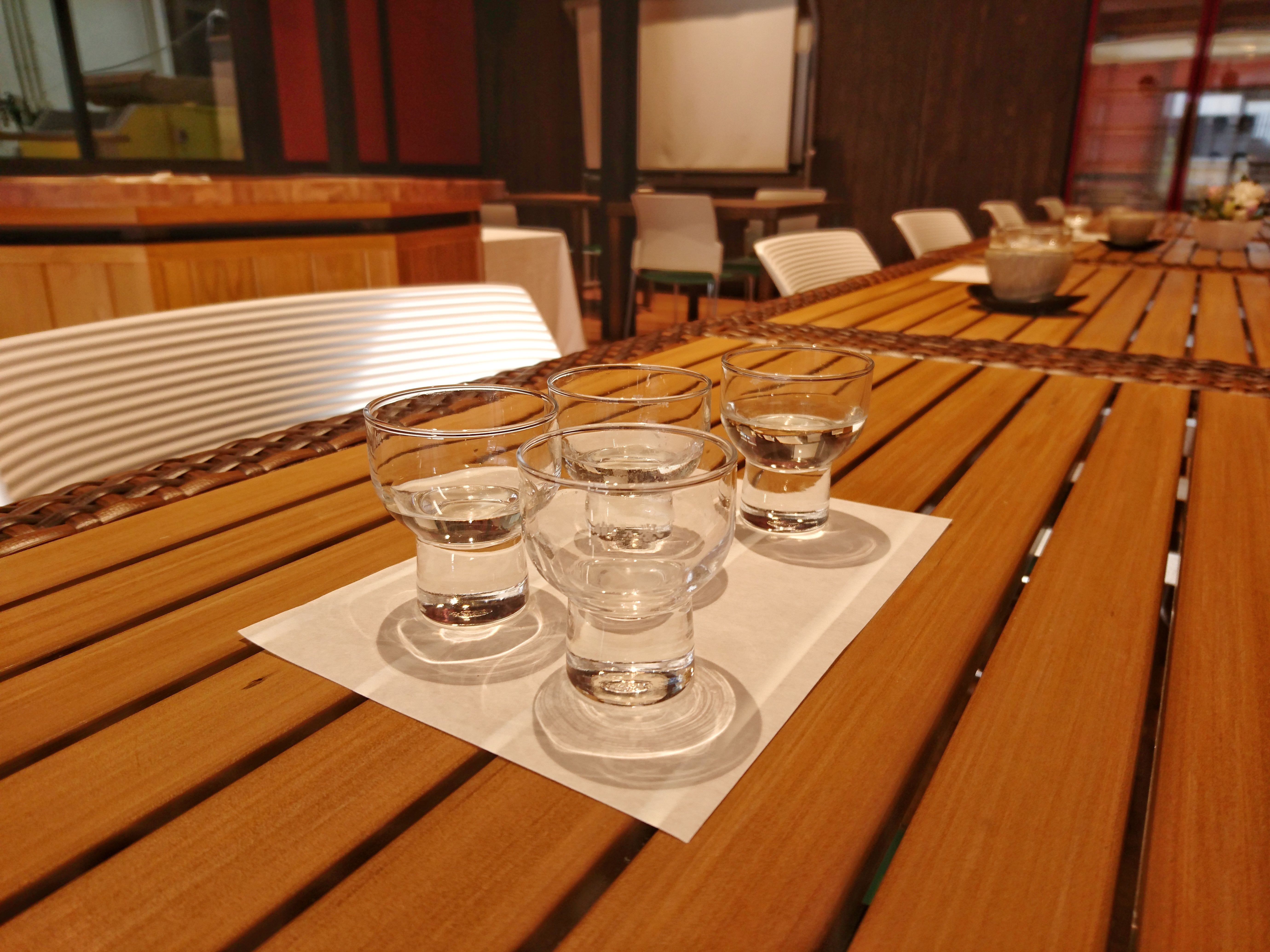 Featured Sake during the visit – Sato no Homare, the “Pride of the Village”

Every visiting guest participating in the brewery tour can try out 3 types of sake for a price of 500 yen (Tour itself is free but reservation is required). There is a procedure for tasting sake that we got to start with the least strong one. The first three cups fall under Sudo Honke’s signature brand Sato no Homare or “Pride of the Village”. First up, we had the kassei nigori sake which is a cloudy sake consisting of active living yeasts and enzymes. Sipping the sake, it was unexpectedly soft and smooth, finishing with a crisp sparkling. The second cup was the classic that can be matched with all kinds of cuisine and savoured at a different temperature ranges; flavours were well-balanced and easy on the tongue. Definitely likeable to a wide range of tongues. The third one is Sato no Homare’s black label and is made from a traditional technique known as “kimoto” passed down in the family. It has a full-bodied taste. 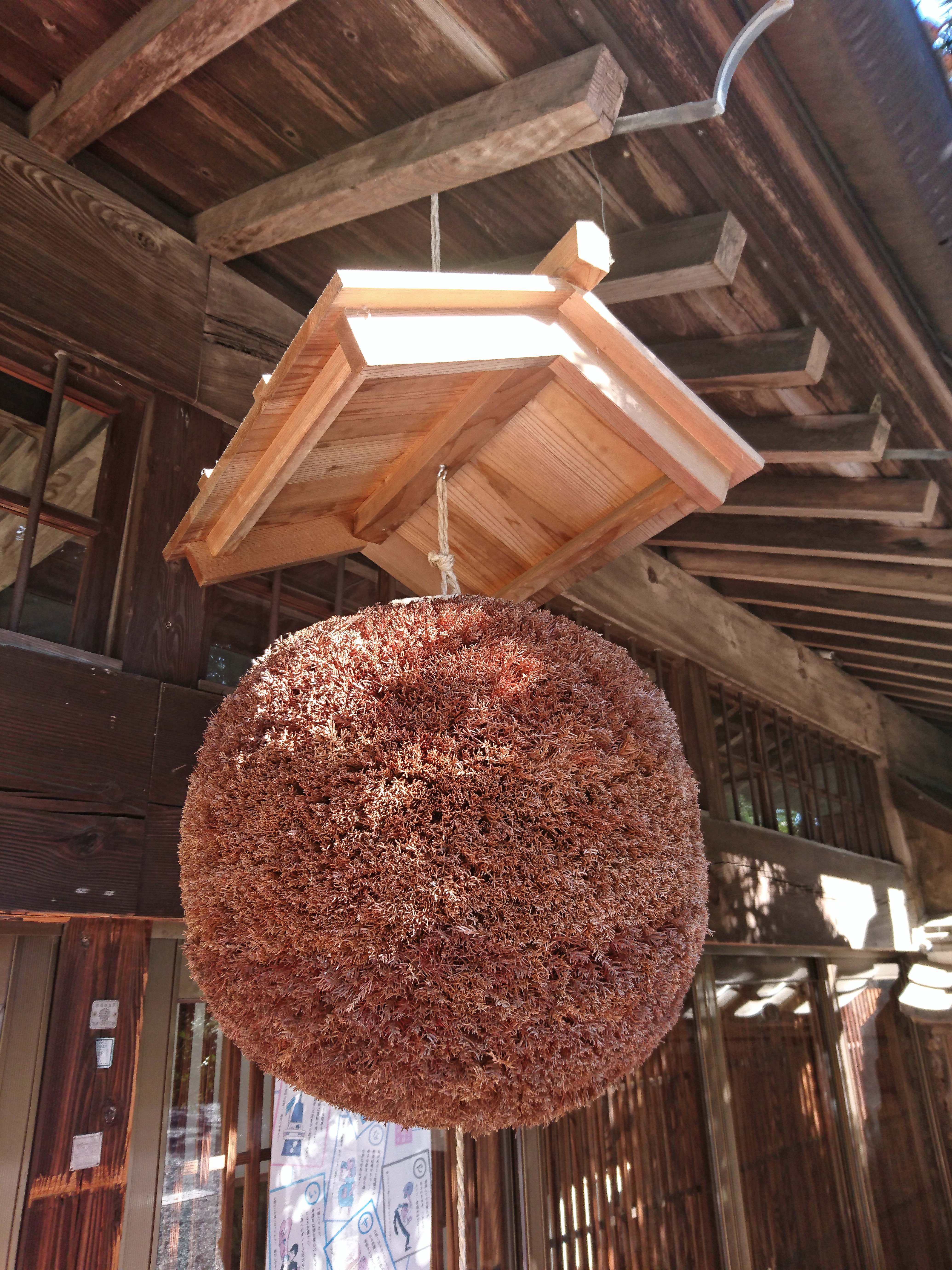 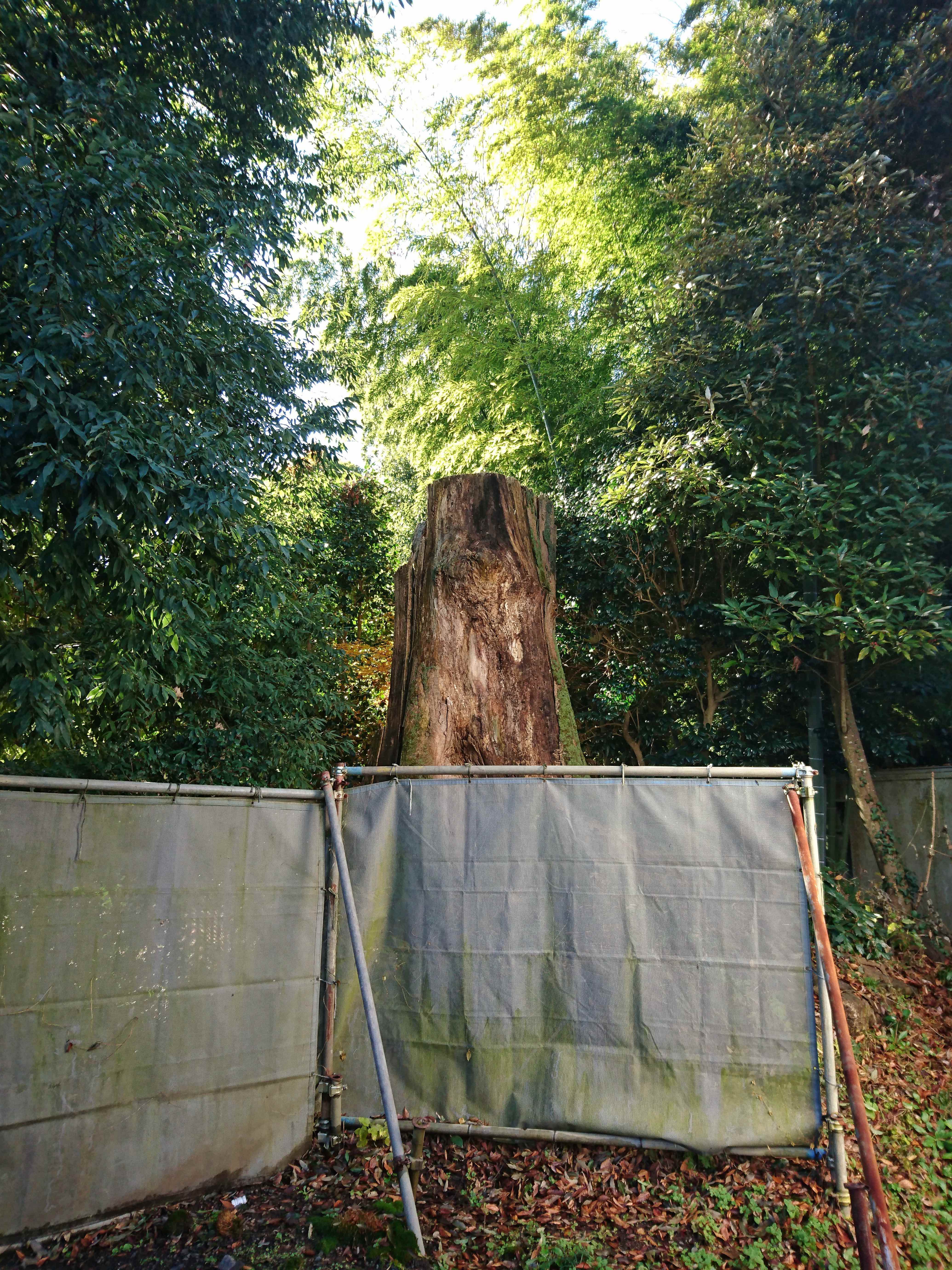 Ubiquitous feature at a Sake Brewery – the “Sugitama”

One interesting feature of a traditional sake brewery is this ball made of Japanese cedar leaves. This is called the “Sugitama” and is hanged outside of the entrance to the brewery as a sign that new sake is in the making. Initially the ball has a lush green colour to it but as it dries up, the colour turns brown. This transformation would then convey the progress of sake fermentation to the people.

There are many other unique characteristics about Sake brewing. You can also learn about the different grades of sake and how to enjoy Sake. So not to spoil the fun, those who are interested do make the trip down to Sudo Honke and immerse yourself in the world of sake! Book yourself an appointment and participate in the brewery tour. With English-speaking staff available, there is absolutely no problem for English speakers.

For further information, please refer to the following websites.

More details about the Brewery Tour