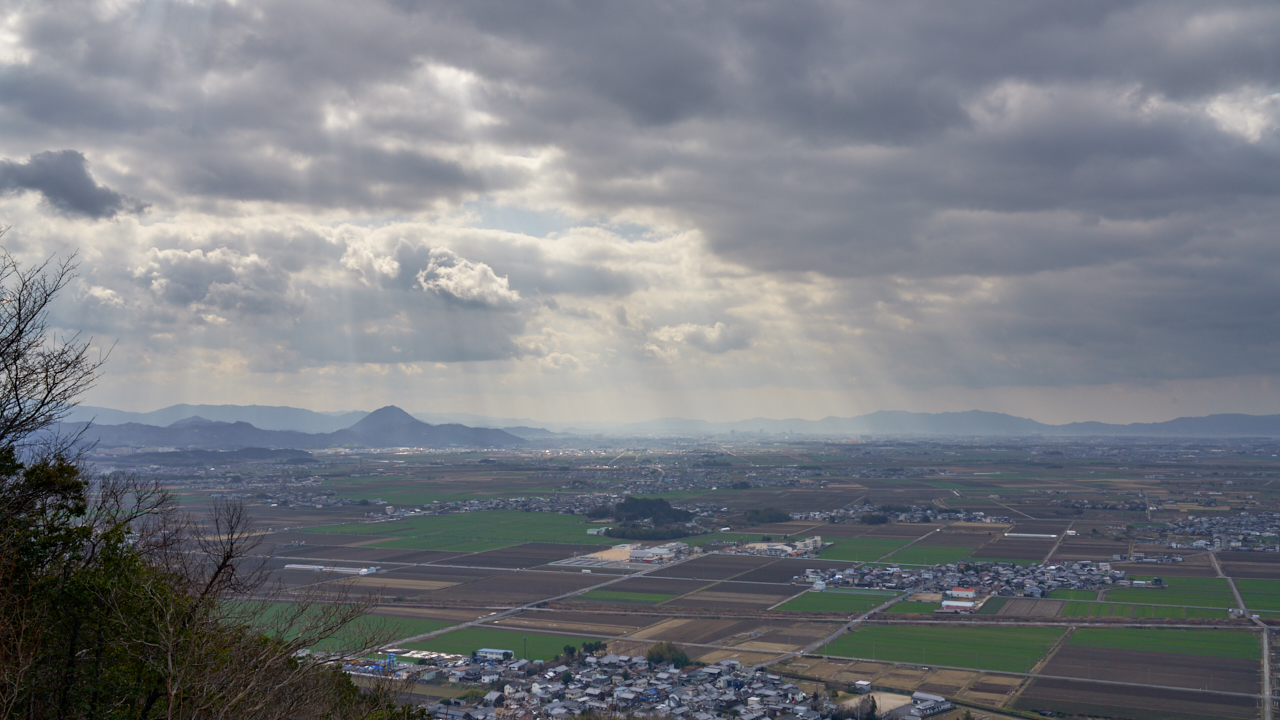 When it comes to Japan’s Kansai region, major cities such as Kyoto and Osaka tend to steal the spotlight. While often overlooked by visitors to Japan, the neighboring prefecture of Shiga has a great deal to offer those looking to get more in touch with Japan’s authentic, traditional side. Let’s take a look at why two of Shiga’s cities; Omihachiman and Shigaraki, are more than worthwhile additions to your Japan travel itinerary. 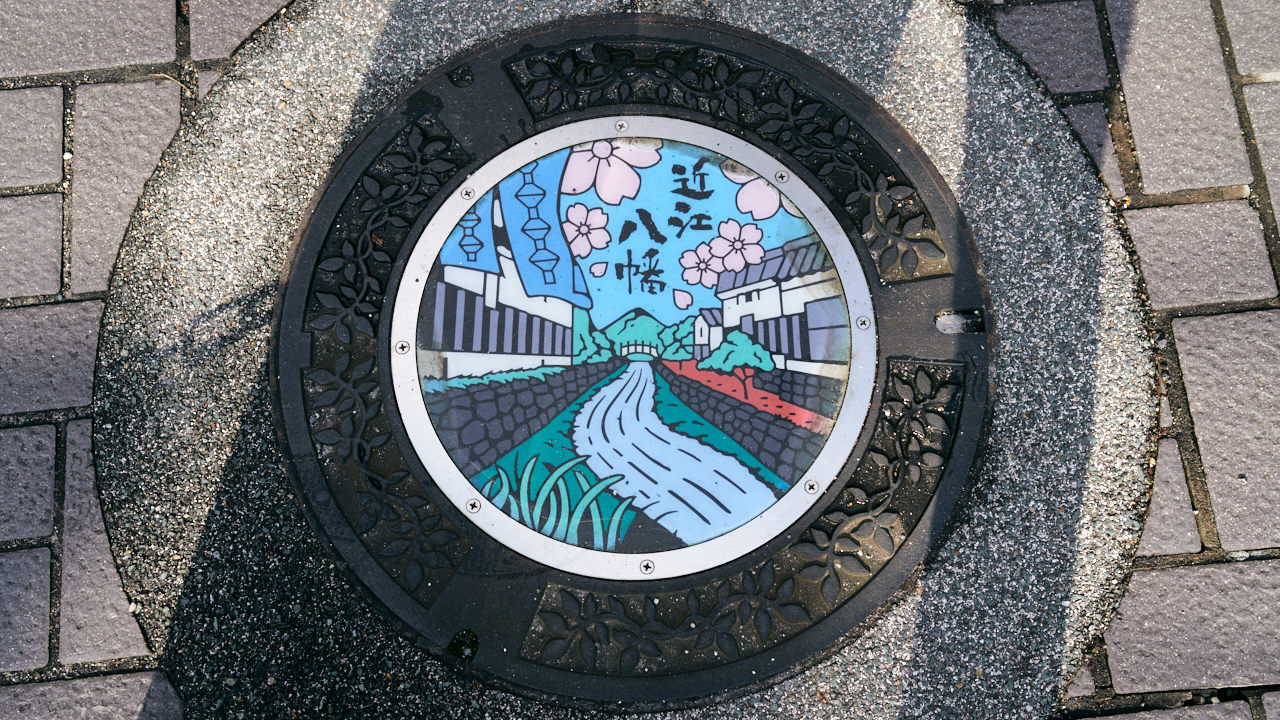 Founded in the early 16th century, Omihachiman is a small city on the border of Lake Biwa; Japan’s largest lake. In a time before cars and trains, Omihachiman’s well-connected canal system led to great commercial success, as it became a major hub of trading between Tokyo and Japan’s then capital, Kyoto. Though no longer the bustling waypoint it once was, the city still has plenty to offer visitors. From historical remnants, to beautiful natural views, to delicious local foods and more, Omihachiman is a must-see location on your own journey between Tokyo and Kyoto. Let’s take a closer look at a few of the attractions the city has to offer.

Omihachiman Station Access: Omihachiman is easy to reach from nearby Kyoto Station. Via the Shin Kaisoku Express line, the journey takes roughly 35 minutes and costs ¥670 for a one-way trip.

The canal network that once led to Omihachiman’s economic prosperity now serves as a form of time travel, allowing visitors a glimpse into the former days of Japan’s Edo Period. Lining the canal on either side are houses built of white stone and wood; former homes of wealthy merchants who lived in the area. The area has been so well preserved, in fact, that it is often used as a backdrop for Japanese period pieces. Strolling along the canal’s stone walkways with little sign of the modern era, it becomes easy to imagine yourself as part of Japan’s distant past. 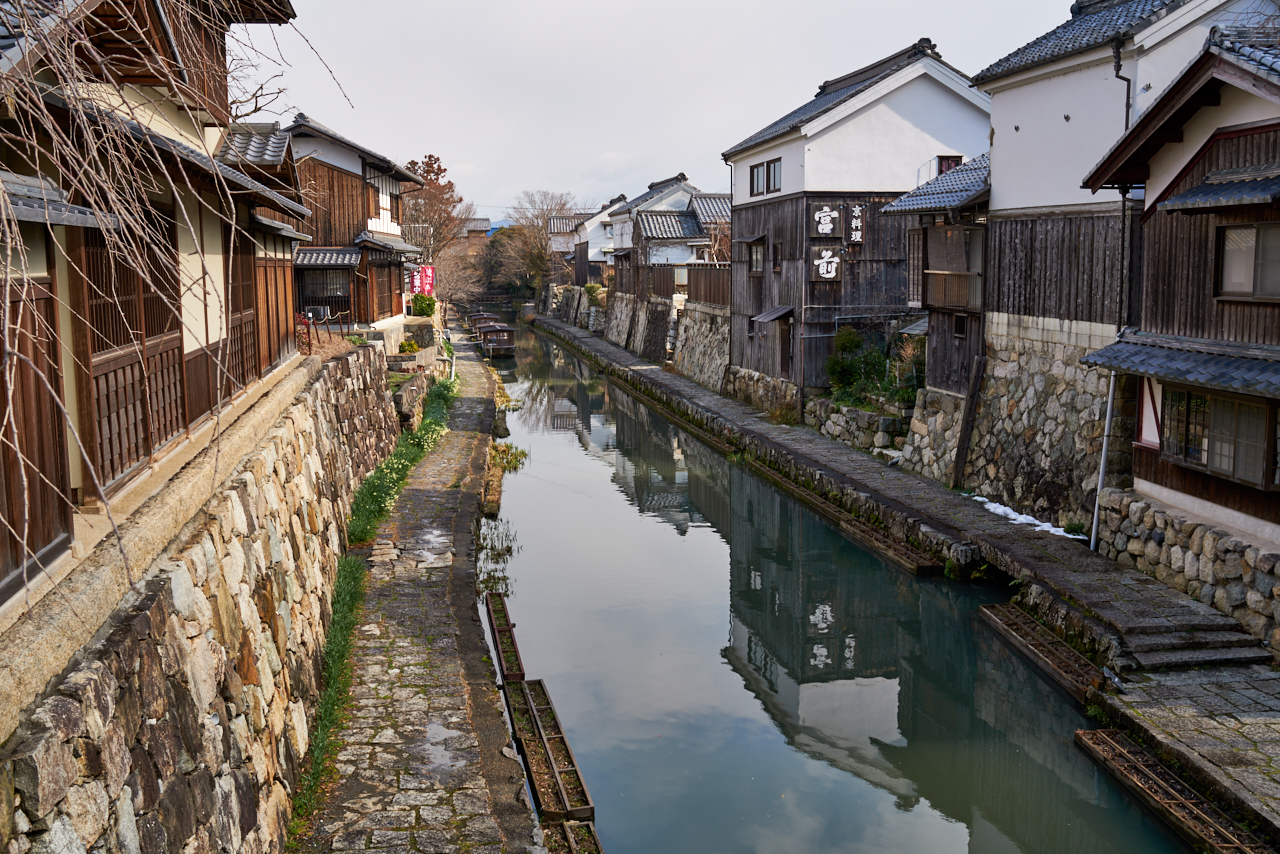 Today, Hachiman-Bori is best enjoyed in the form of a boat cruise. What better way to get into the spirit of classical Japan than by gliding along the canal on a traditional wooden boat, surrounded by historical buildings, as cherry blossoms pass by overhead? In autumn, the trees lining the canal take on their new seasonal colors; creating a fiery passageway of reds, yellows, and oranges. 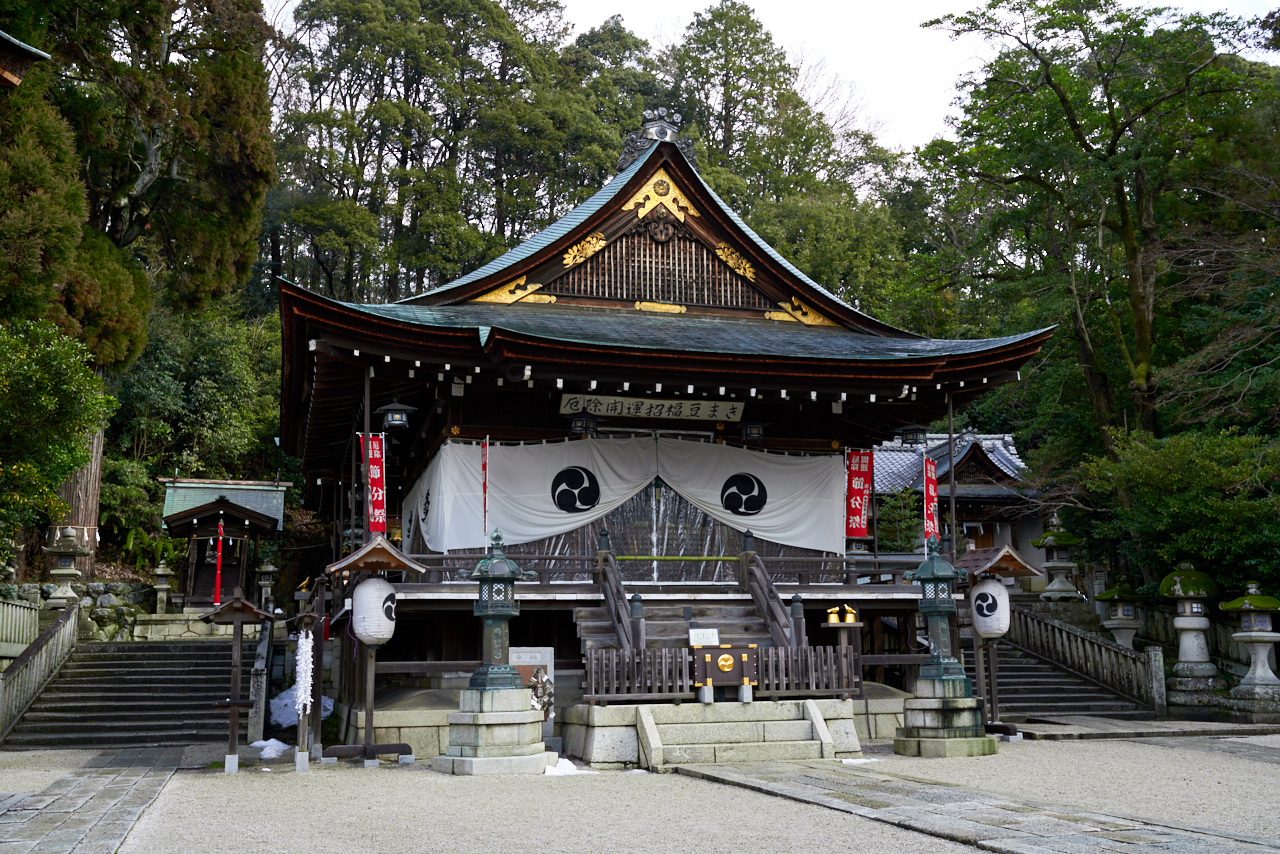 Located just off the Hachiman-Bori canal is Himure Hachimangu; a nearly 2,000 year old Shinto shrine. Once sat proudly atop nearby Mount Hachiman, it was relocated to the base of the mountain in 1590 in order to make room for a newly built (and now no longer existent) castle.

The shrine’s earthy aesthetic, from its wooden structures to its moss-covered rocks, create a welcoming, natural vibe. Set amongst a lush forest backdrop, Himure Hachimangu feels worlds apart from the bustling city metropoles Japan is largely known for. Walking amongst the trees and stone lanterns will naturally invoke imagery that fans of Japanese animation will be quite familiar with. 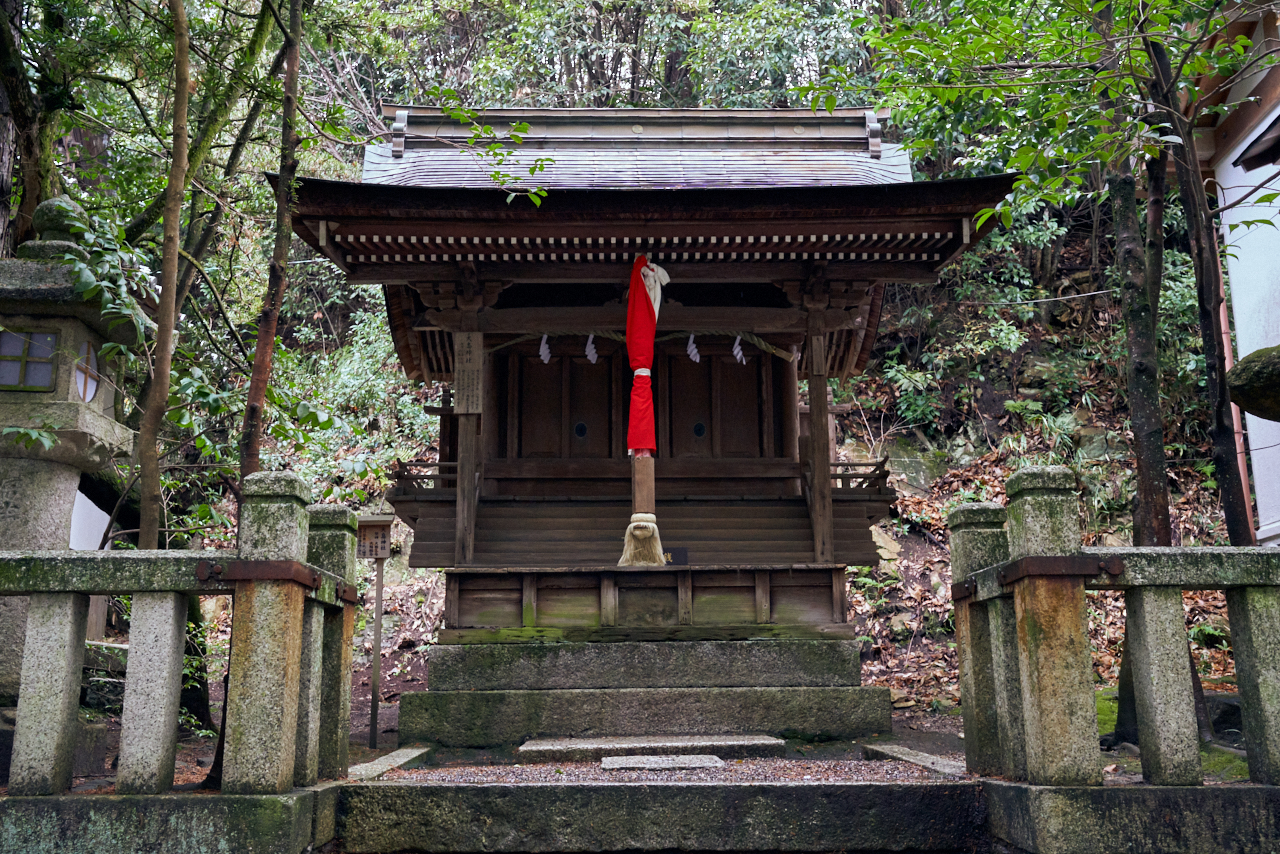 While here, be sure to grab an omikuji (a sort of fortune card, available in both Japanese and English) from the entrance area to commemorate your trip. 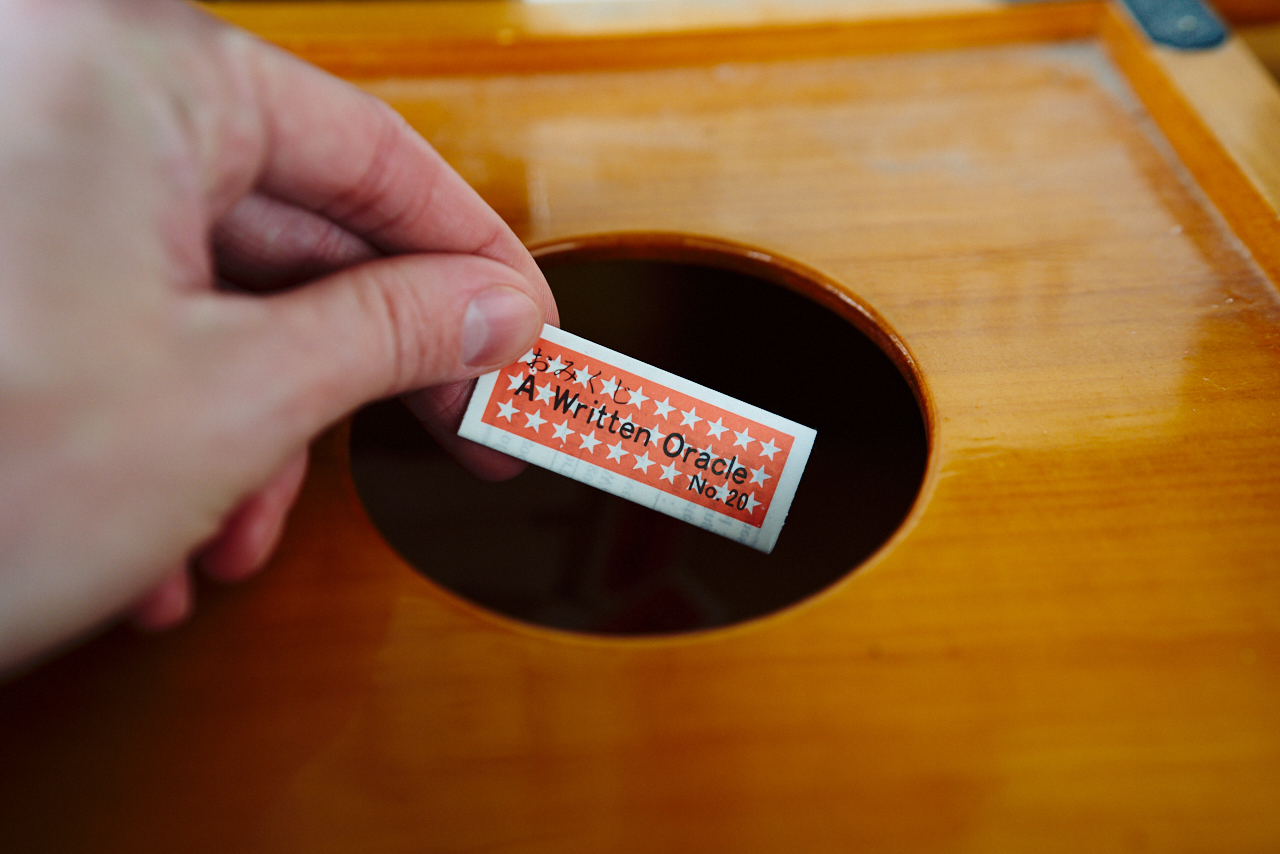 Visitors lucky enough to be here during March 16th and 17th can take part in the annual Omihachiman Sagicho Fire Festival. Each of the surrounding neighborhoods compete to build the best float out of straw, bamboo, and paper. The floats are paraded through the streets before a winner is ultimately decided. After the parade, the floats are burned in a massive ceremonial bonfire while costumed participants dance around the flames. 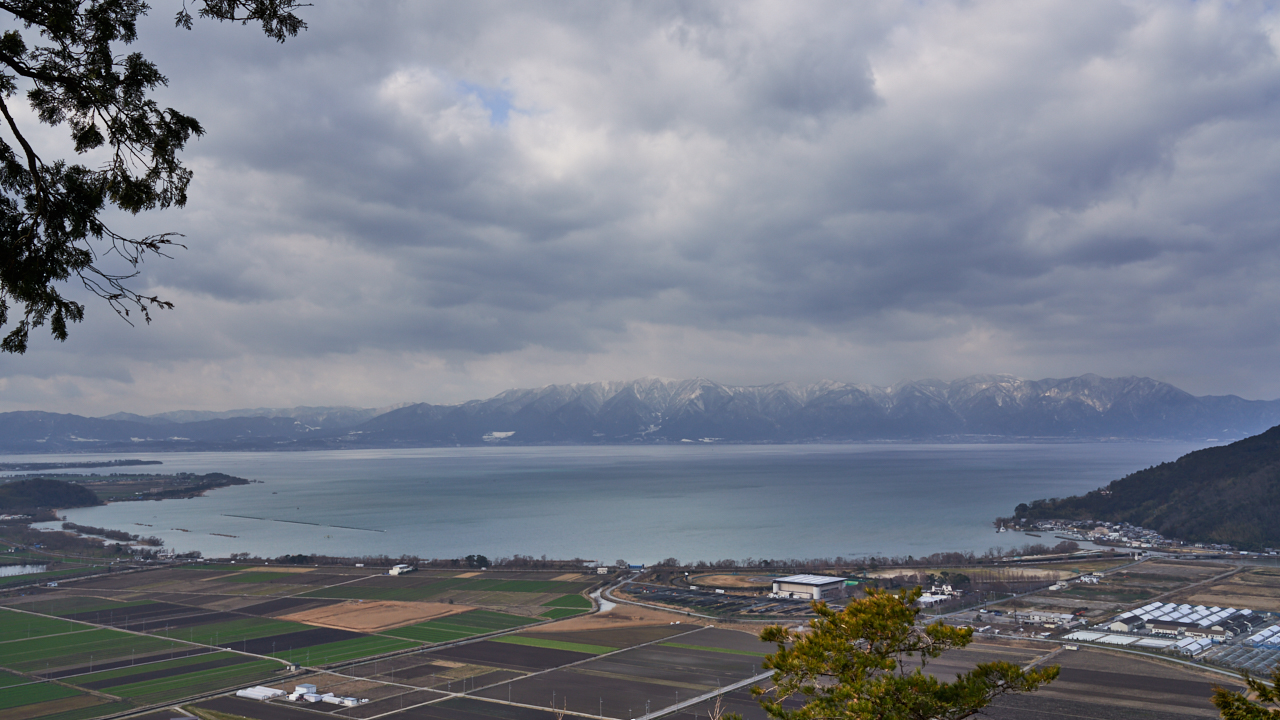 With an area of just over 670 meters, nearby Lake Biwa is not only the largest freshwater lake in all of Japan, but one of the oldest lakes in the world as well. Its massive body of water breaks off into many other smaller rivers and channels, including the nearby Hachiman-Bori canal.

While it can certainly be enjoyed with a scenic walk along its shoreline, to truly appreciate its scale, it is best viewed from above. Less than five minutes away on foot from Himure Hachimangu shrine, the Hachimanyama Ropeway awaits to shuttle visitors to the top of Mount Hachiman. 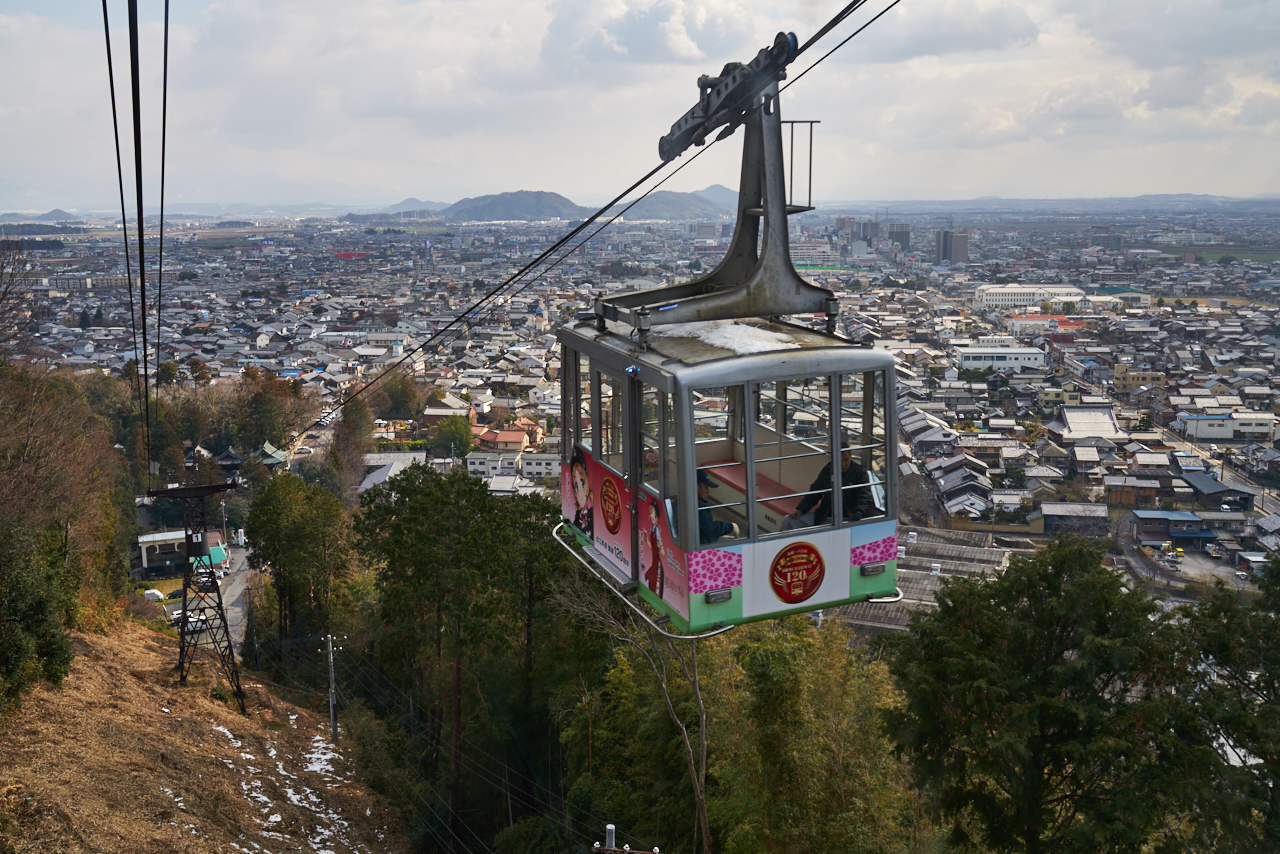 From the summit, sweeping panoramic views of Lake Biwa, as well as the surrounding Shiga prefecture and beyond can be found. To the west, distant mountain ranges stretch onward and disappear past the horizon. If timed correctly, this is a perfect spot to watch the sunset with a loved one. As evident by the numerous hearts and nearby statue of the word “LOVE” in bold letters, many others think so as well. 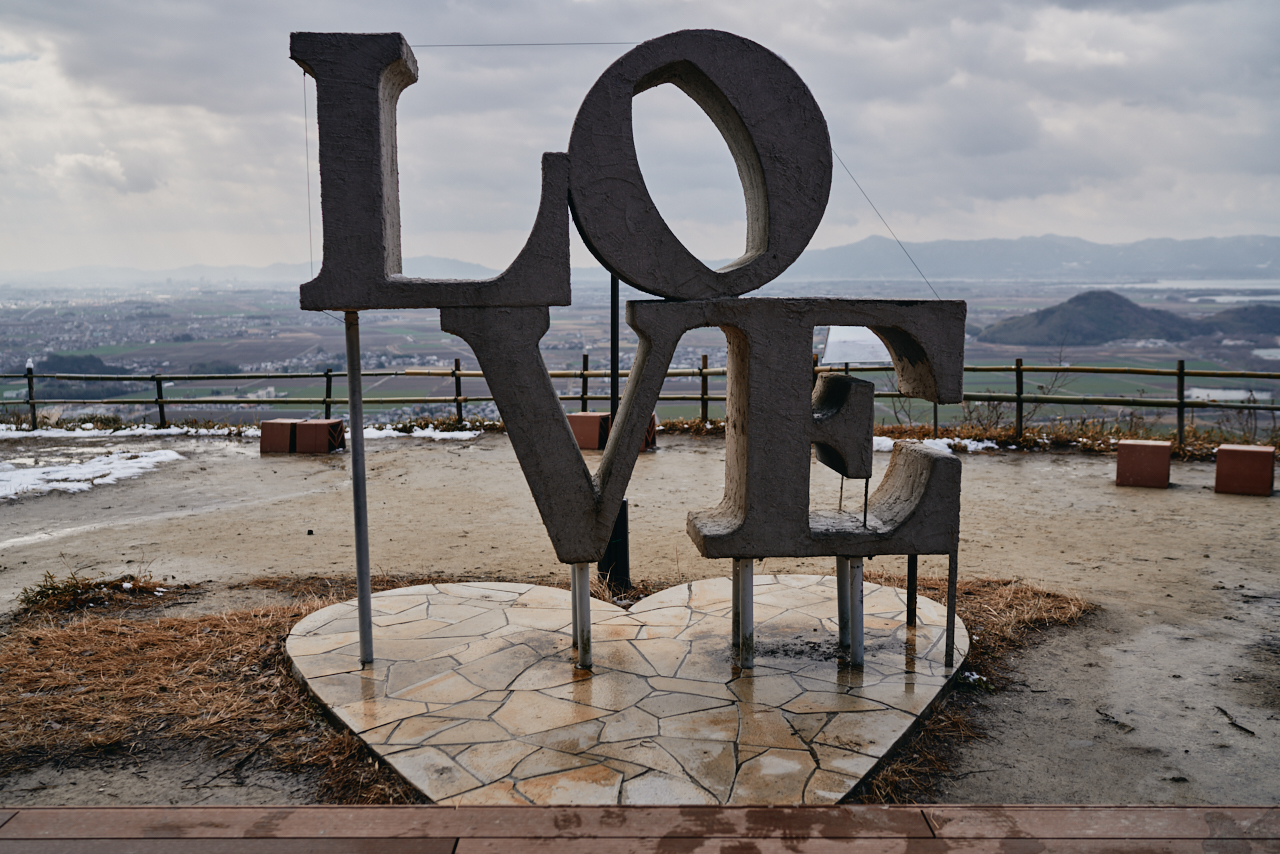 Tickets for the ropeway cost ¥880 roundtrip for adults, ¥440 for children age 6-12, and is free of charge for children under 6. Tickets can be easily purchased from the vending machine near the entrance. The options are written in Japanese, but going by the written price, it is easy to figure out. In the picture below, the first column is for roundtrip adult tickets for one through five people respectively, and the third column is for children’s roundtrip tickets. 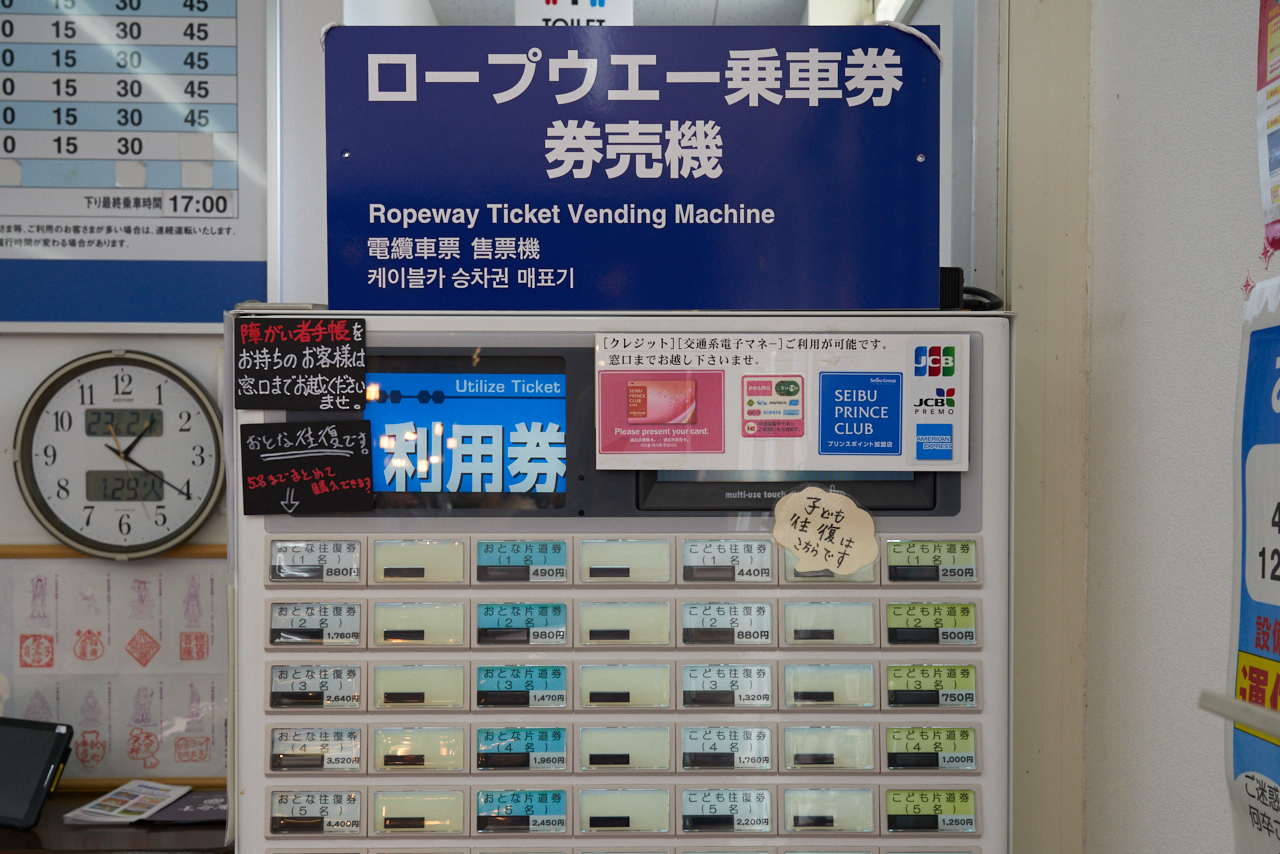 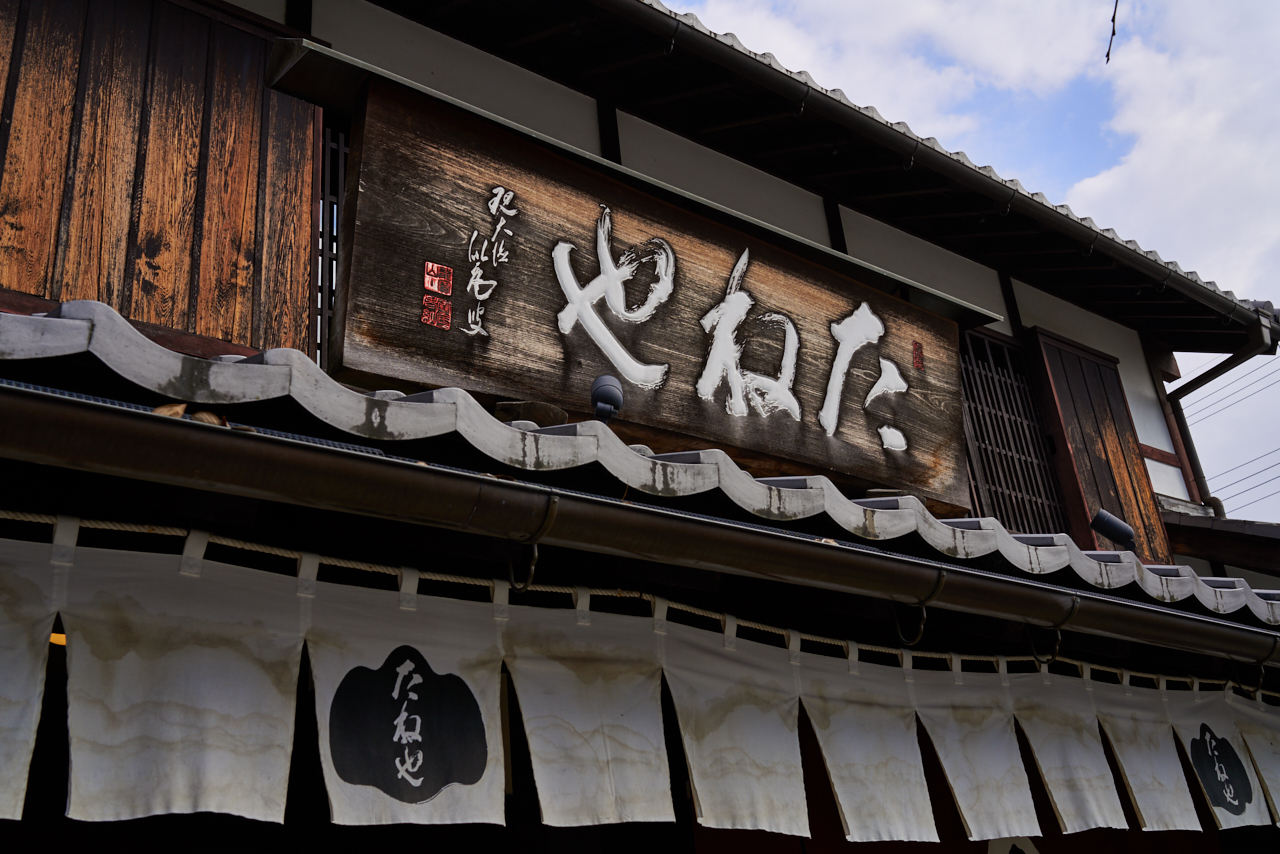 After a long day of sightseeing, there is perhaps no better way to unwind than with a bowl of freshly made matcha and Japanese sweets. Thankfully, visitors can find both of these things at Taneya; a confectionary shop that has been in business since 1872. 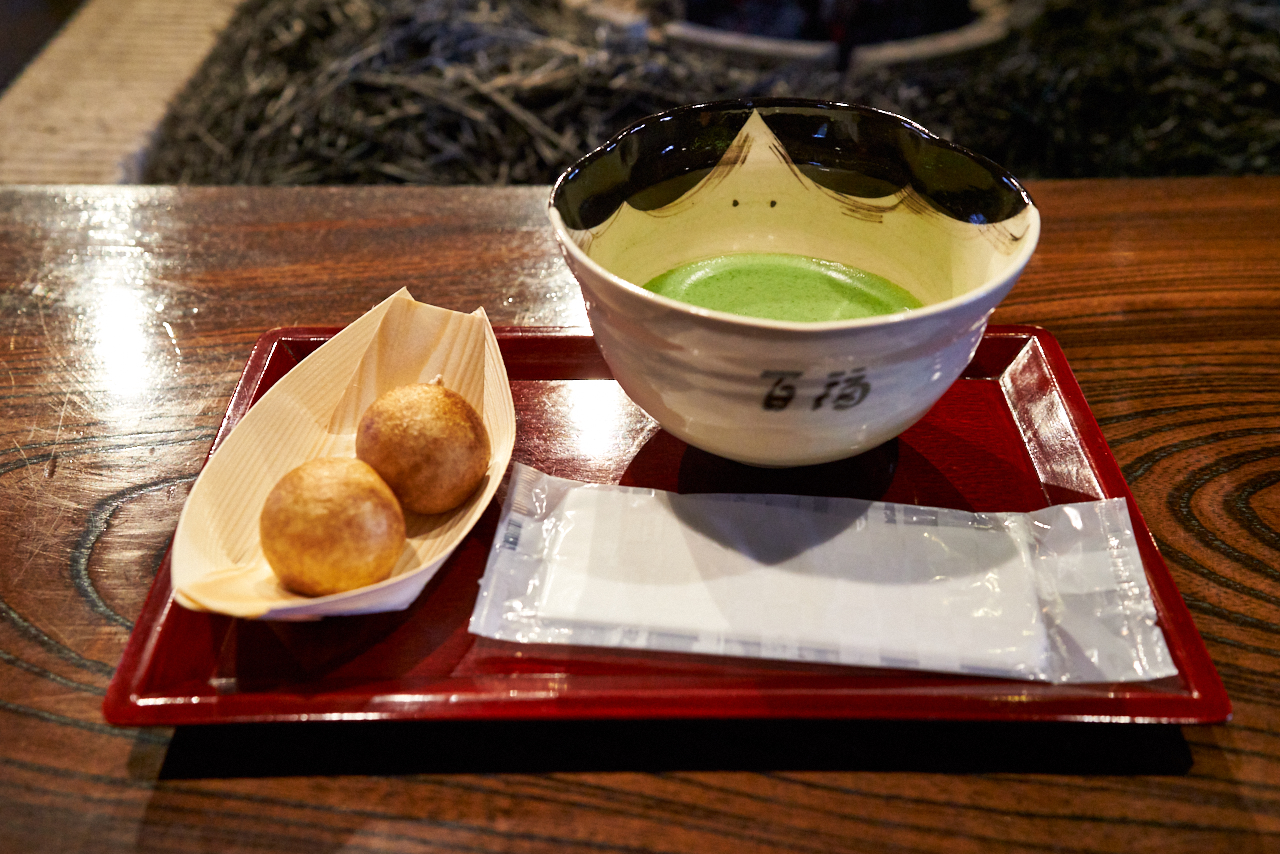 Though it now has shops throughout Japan, Taneya’s first location was here in Omihachiman, where it has been specializing in mochi and red bean-based sweets ever since. In their large dining area, visitors will find a traditional irori; a Japanese sunken hearth, where an iron-cast kettle sits steaming over an open flame. The warmth of the hearth and the dark wooden accents of the room make for the perfect inviting atmosphere. 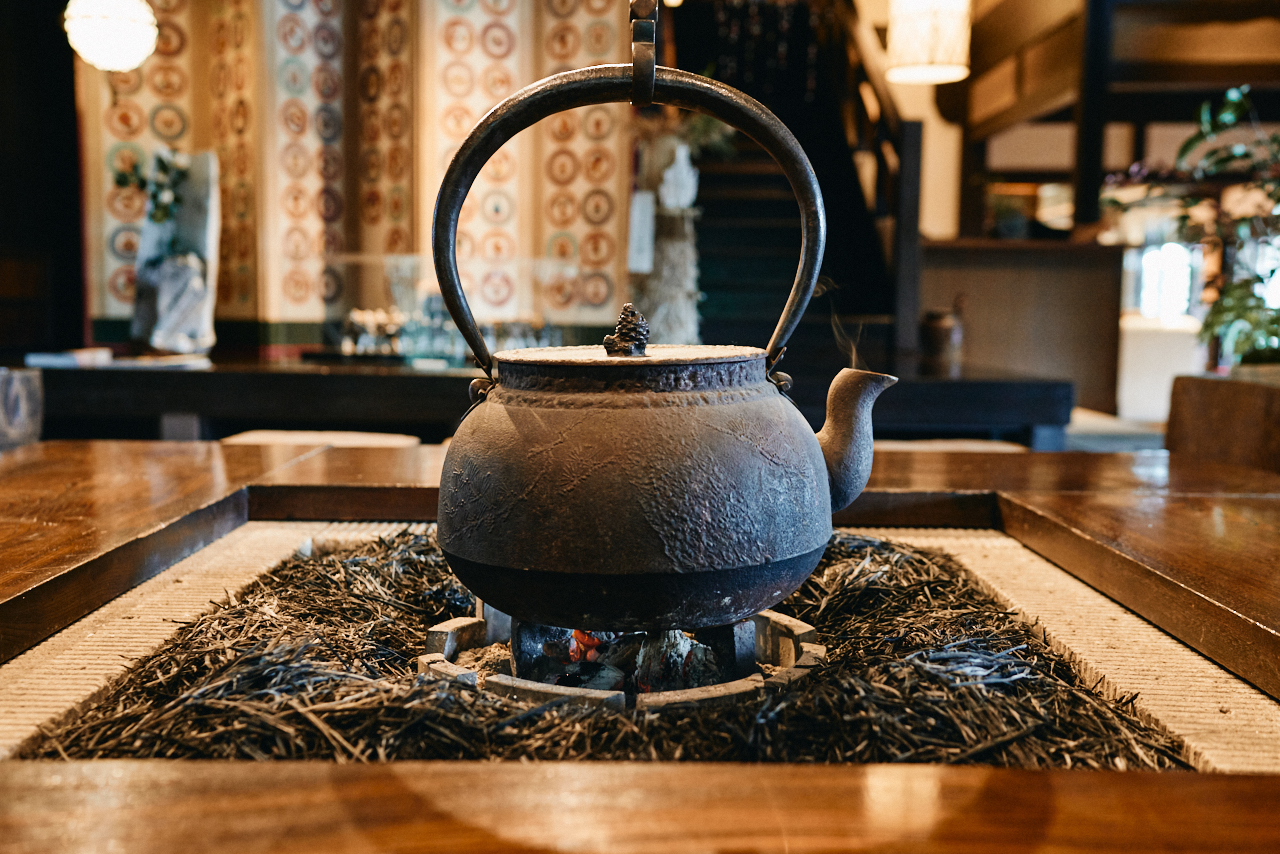 While Taneya has a wide variety of desserts available, they are perhaps best known for their Fukumi-Tenbin; a thin, flaky wafer with red bean jelly sandwiched in the middle. In Japanese cuisine, texture is a key component in the overall dish. Bearing this in mind, Taneya serves the dessert’s wafer and jelly separately, not combining the two until the moment it is to be eaten. By doing so, it ensures the perfect chewy, melt-in-your-mouth texture that their sweets have come to be known for. 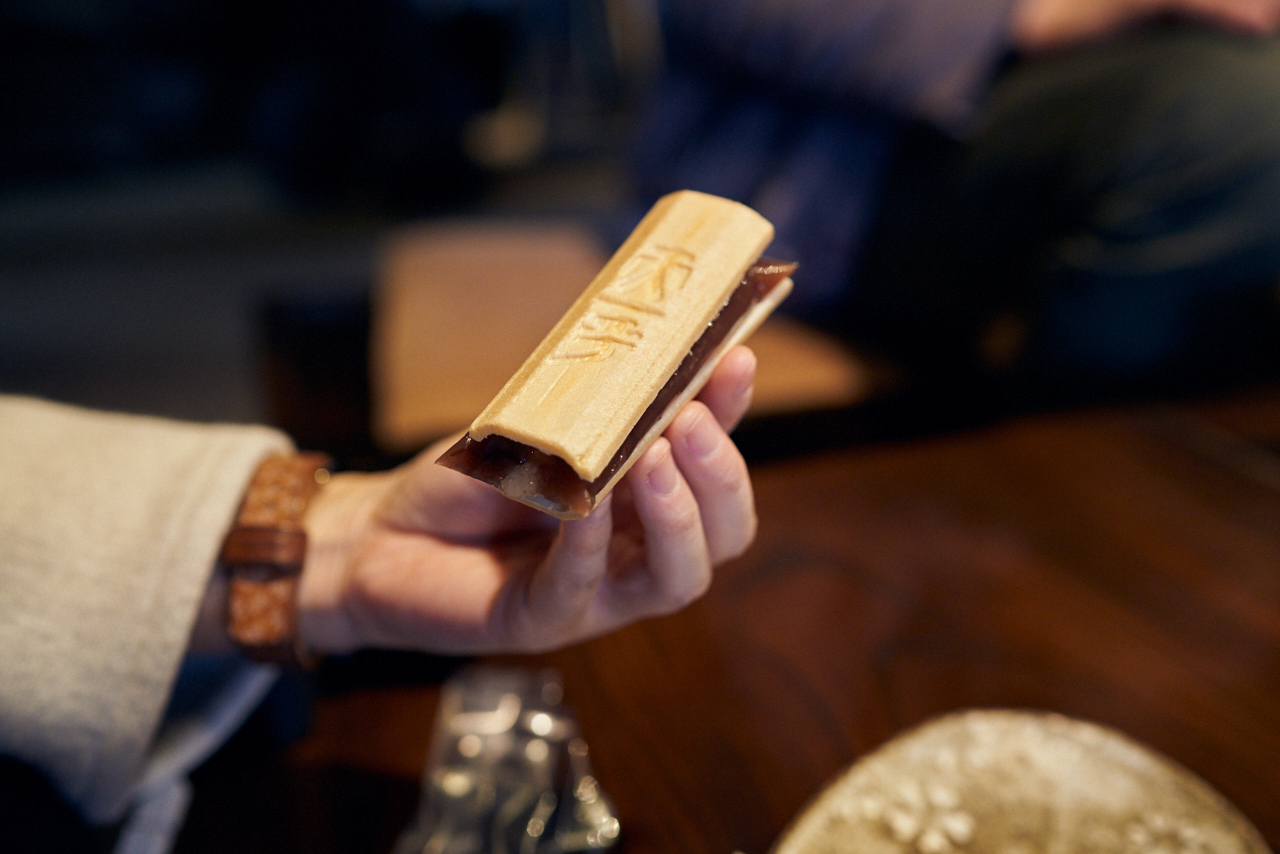 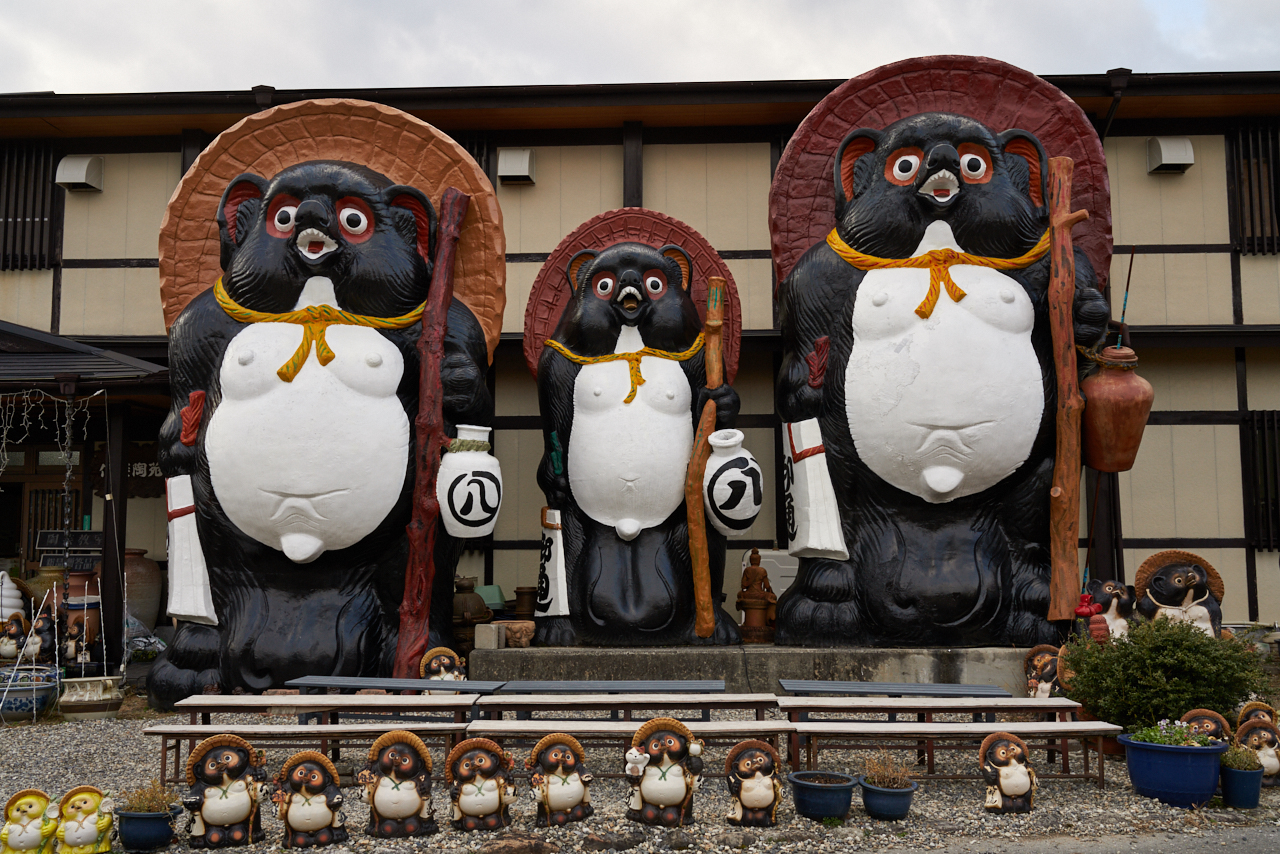 Those who have traveled in Japan before may very well be familiar with the sight of tanuki. This somewhat bizarre animal, resembling a mix between a dog and a racoon, is a well-known symbol throughout the country that has come to represent good fortune. As a result, placing clay tanuki statues outside of businesses has become a common occurrence. While often seen and recognized, not many people know that the majority of these statues come from one place; Shigaraki. Famed for its high-quality clay and incredibly skilled craftsmen, Shigaraki has earned the moniker of one of Japan’s six ancient kilns.

Shigaraki Station Access: From Kyoto Station, take the Tokaido-Sanyo Line to Kibukawa Station. From here, change to the Shigarakikogen Tetsudo Line and ride until Shigaraki Station. A one-way journey costs ¥1,220. 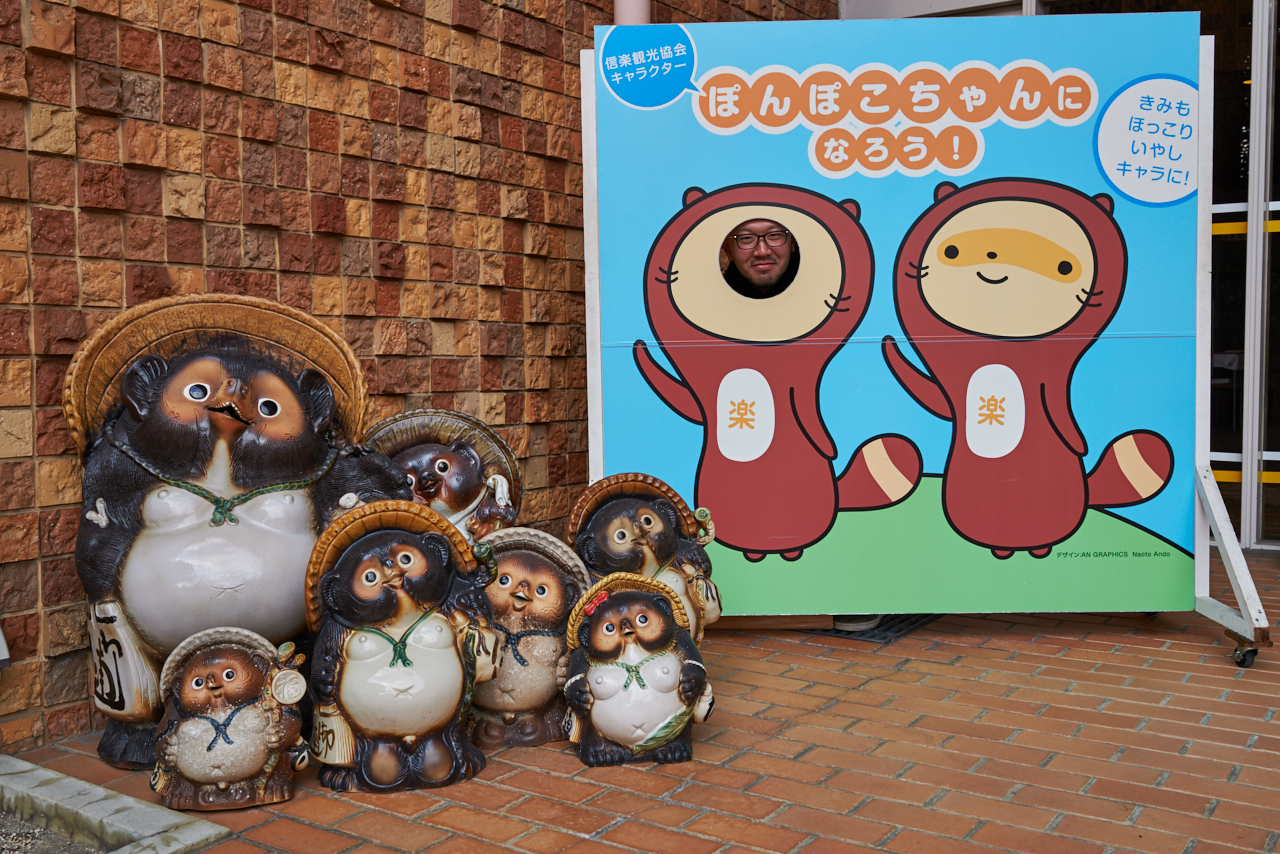 Visitors wishing to learn more about Shiga’s pottery history should first pay a visit to the Shigaraki Tourism Association. The city may be best known for their tanuki, but their history of working with clay extends well beyond cute animal recreations. In the tourism association’s historical pottery gallery, one can see samples of everything from antique vases to large clay pots that were used as burial chambers. It can be hard to fathom how much of the city’s lineage has been based around clay works, but seeing a tangible timeline of their skilled creations helps to put it all into perspective. 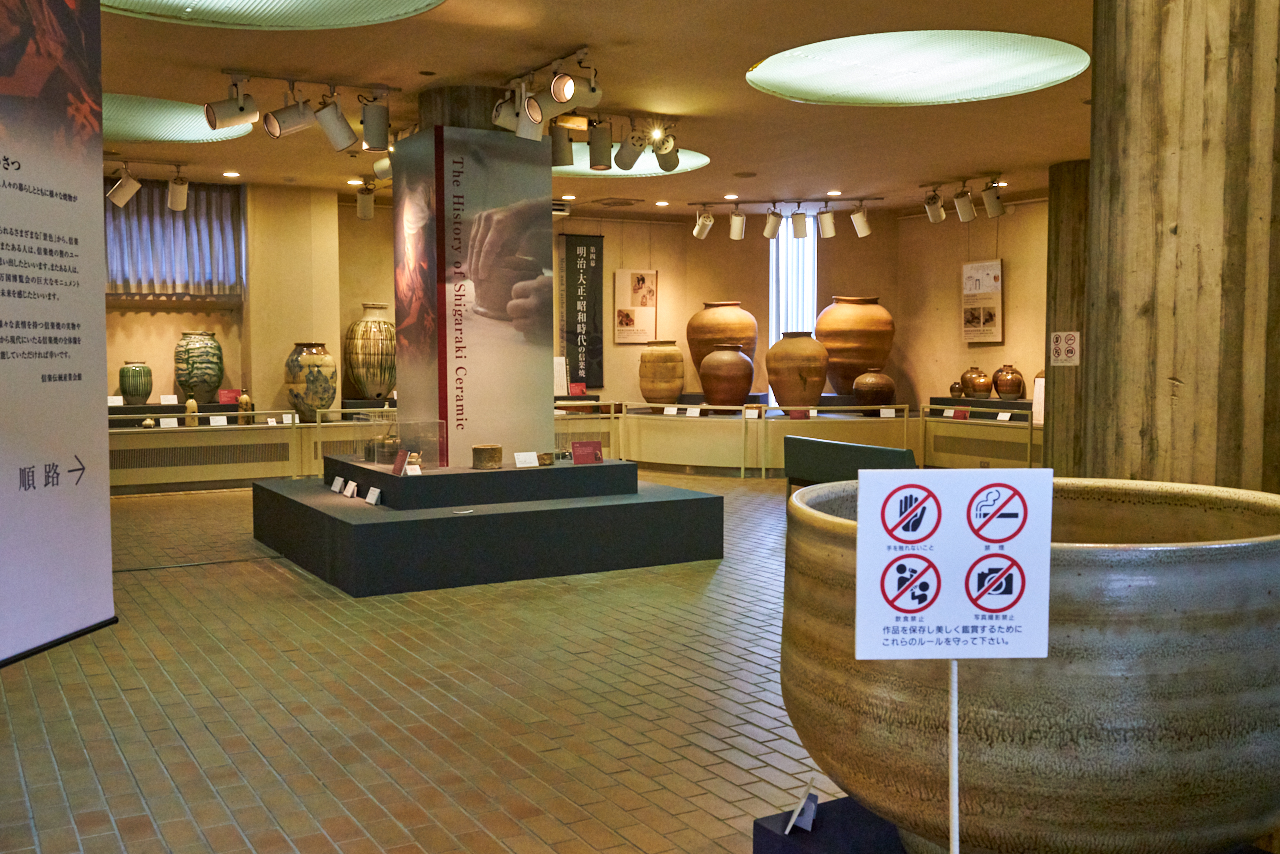 After appreciating some of Shigaraki’s finer historical works, it’s time to see what the modern craftsmen of the area have to offer. Grab a map or attraction pamphlet from the information center near the entrance, or ask a staff member for assistance. Once ready to hit the town, the Shigaraki Tourism Association also rents bikes to visitors. Standard bicycles are available for ¥500 per day, or electronically assisted bicycles for ¥1,000 per day. 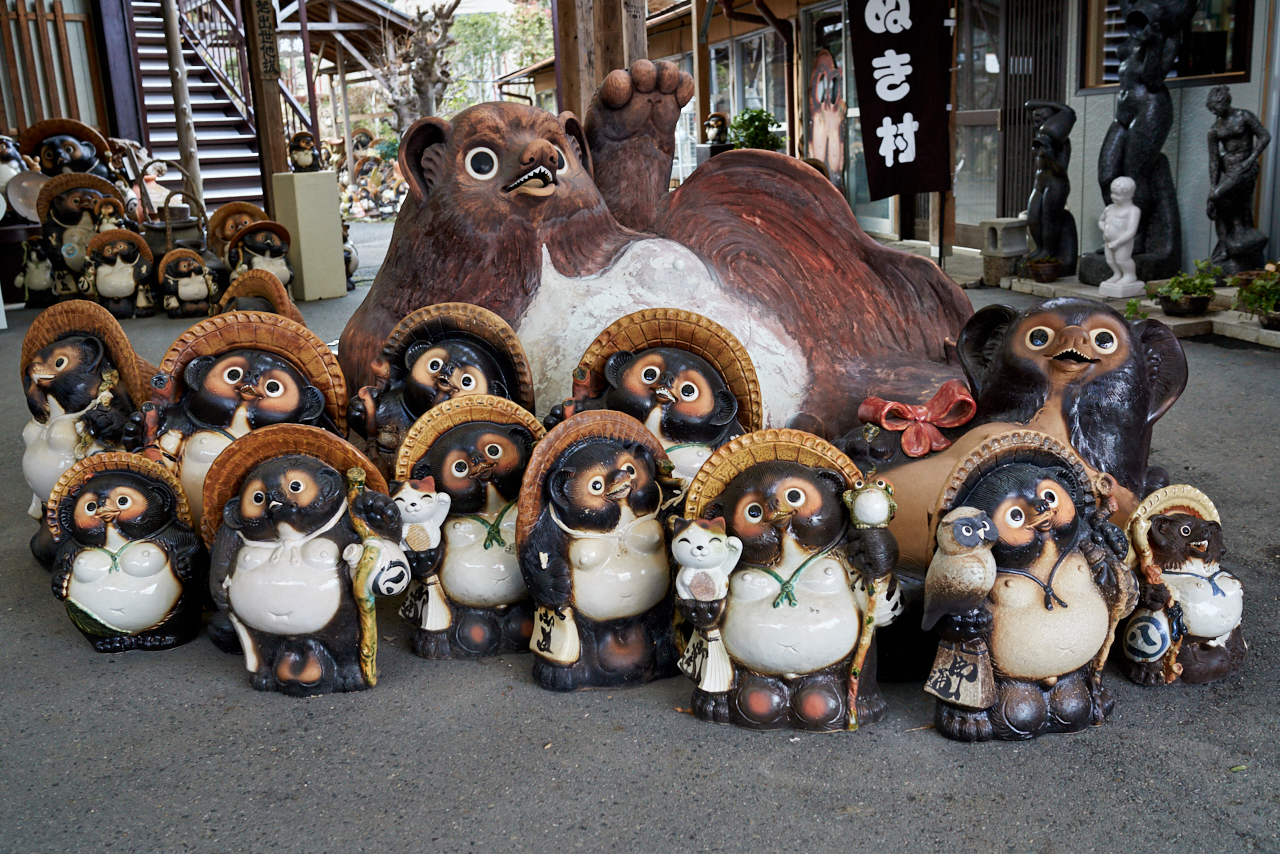 When the emperor of Japan visited Shigaraki in 1951, he was greeted by an army of tanuki statues, proudly holding Japanese flags. The emperor was so amused by the statues that their reputation quickly spread throughout the country. Soon, everyone wanted to own one of the famous statues, and their legendary reputation was born. At Tanukimura (Japanese for “Tanuki Village”), this tradition is still alive and well. Here, visitors can purchase their very own tanuki statue in every style imaginable; from traditional to 1950’s rockabilly. 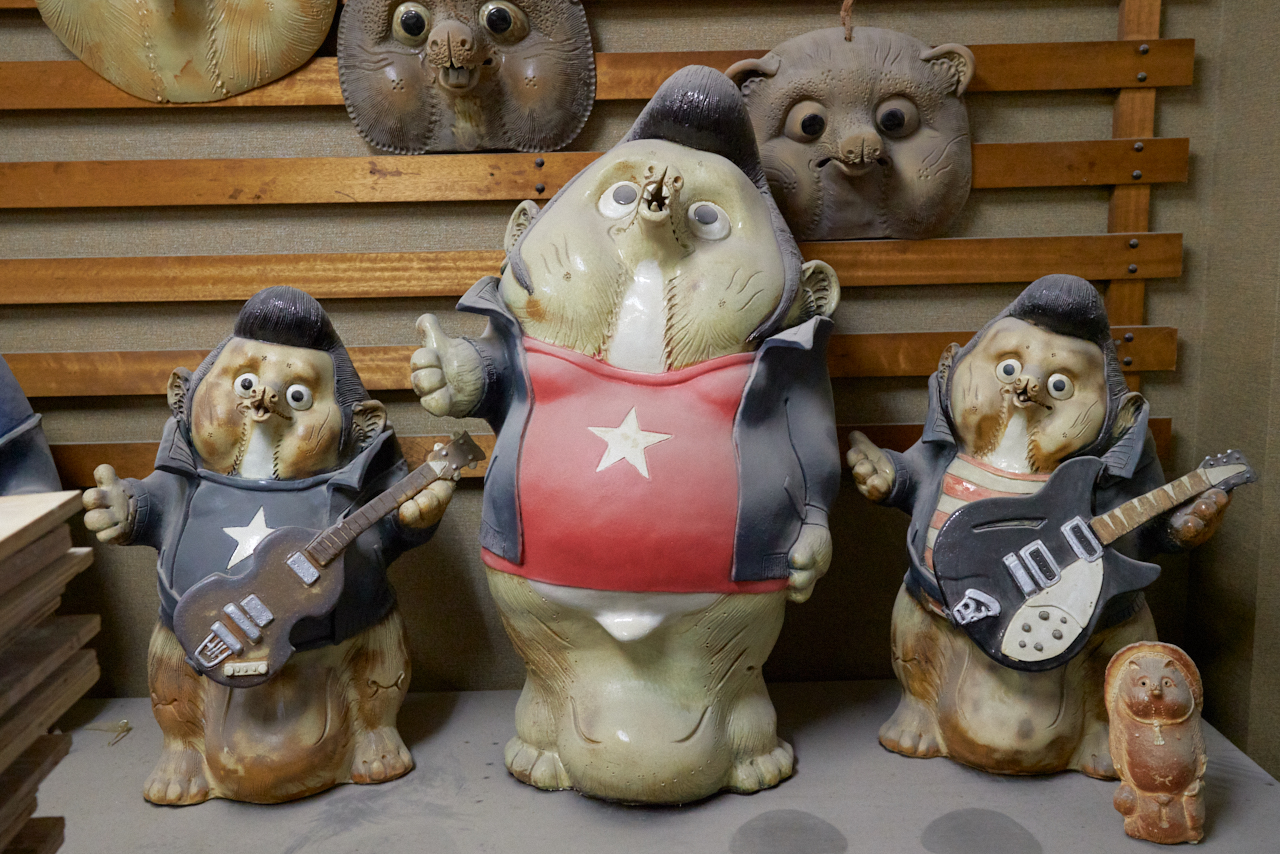 Those not content to simply look can also take part in a guided pottery class. Here, experts will guide you through the process of sculpting your own clay tanuki. It may seem daunting at first glance, but with careful instruction and gentle assistance from the staff members, even the most artistically disinclined amongst us can create a beautiful (subjectively speaking) tanuki statue. 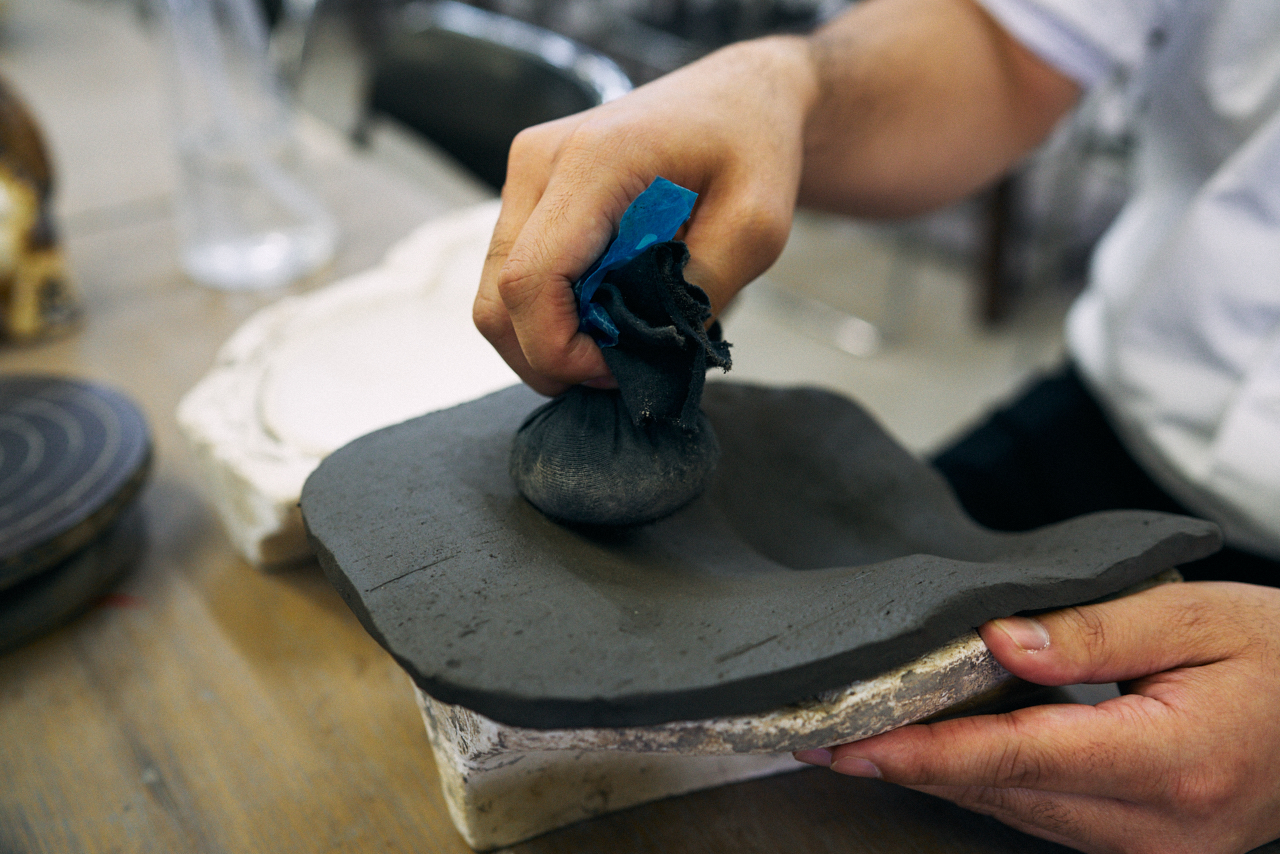 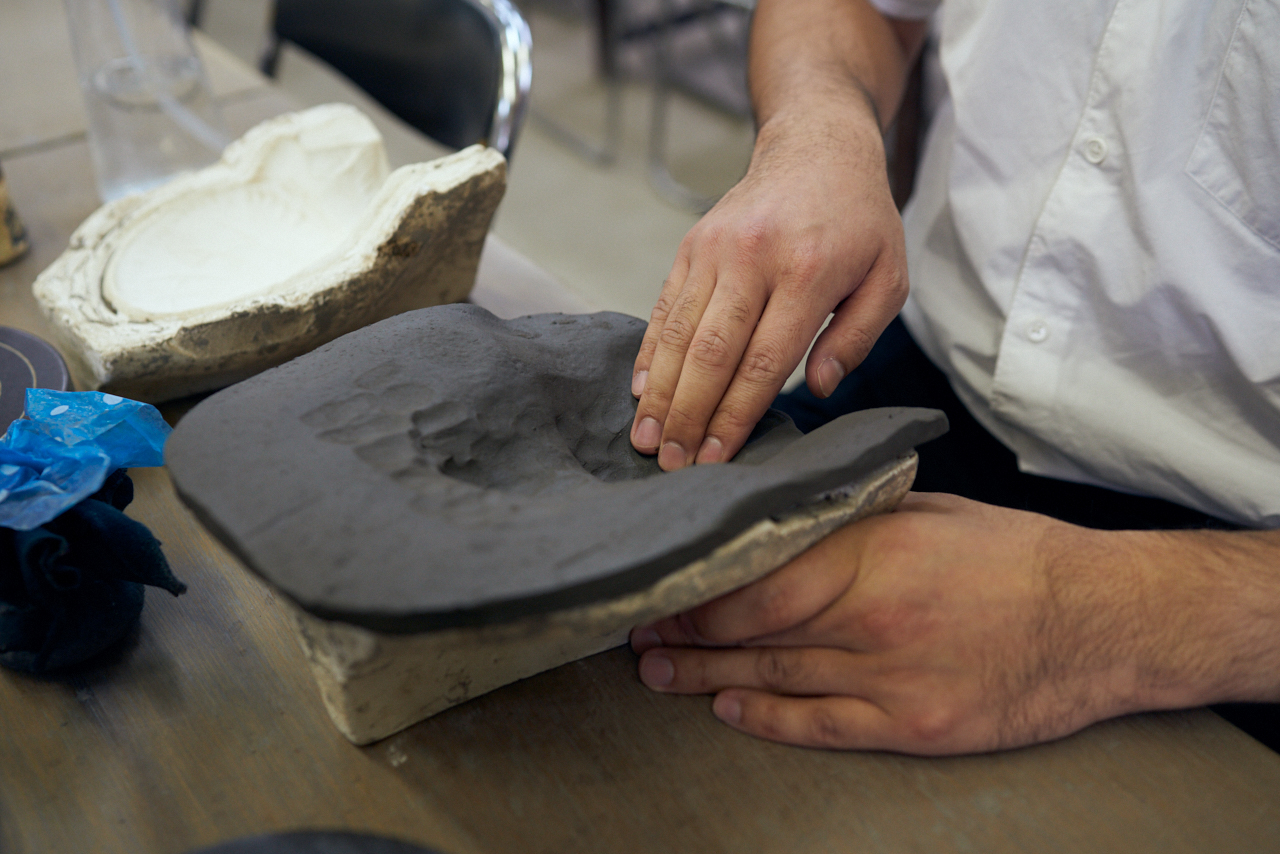 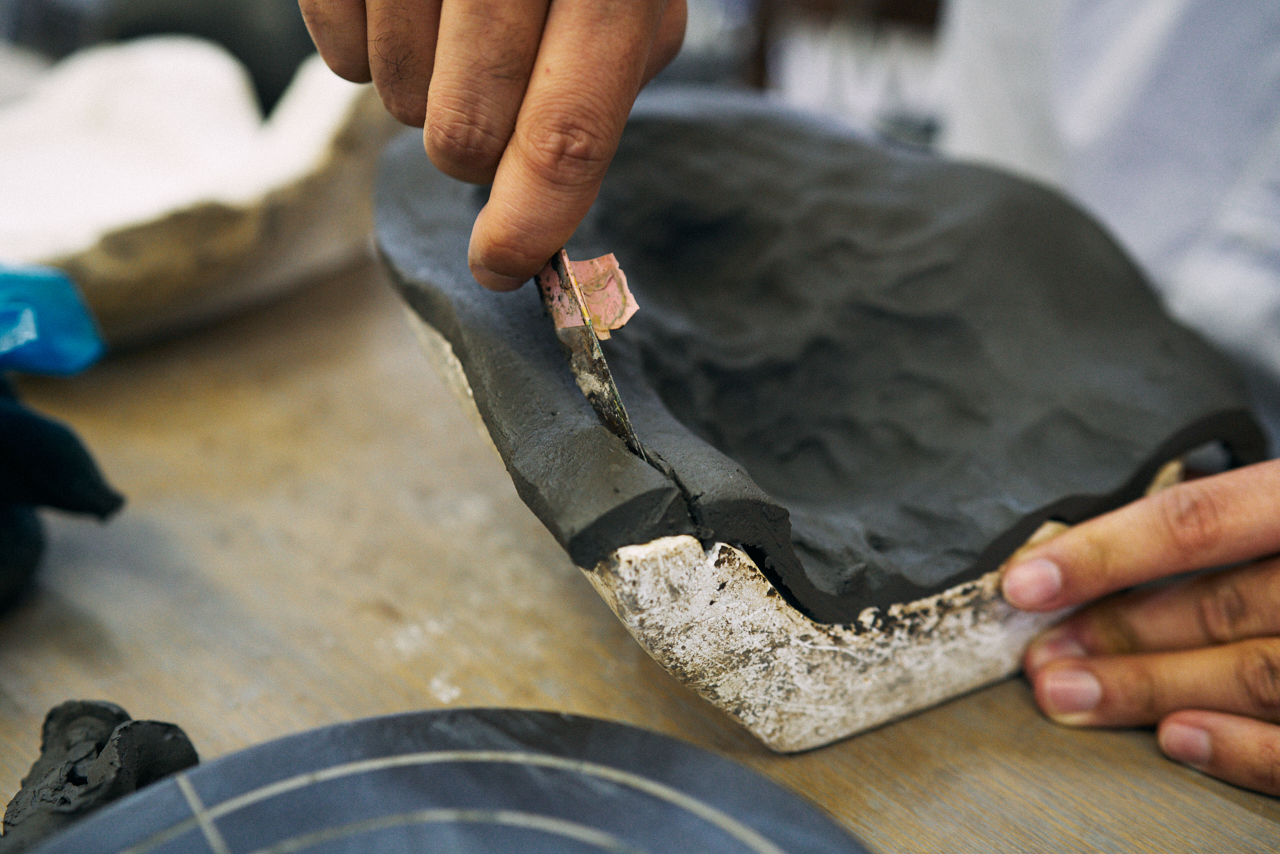 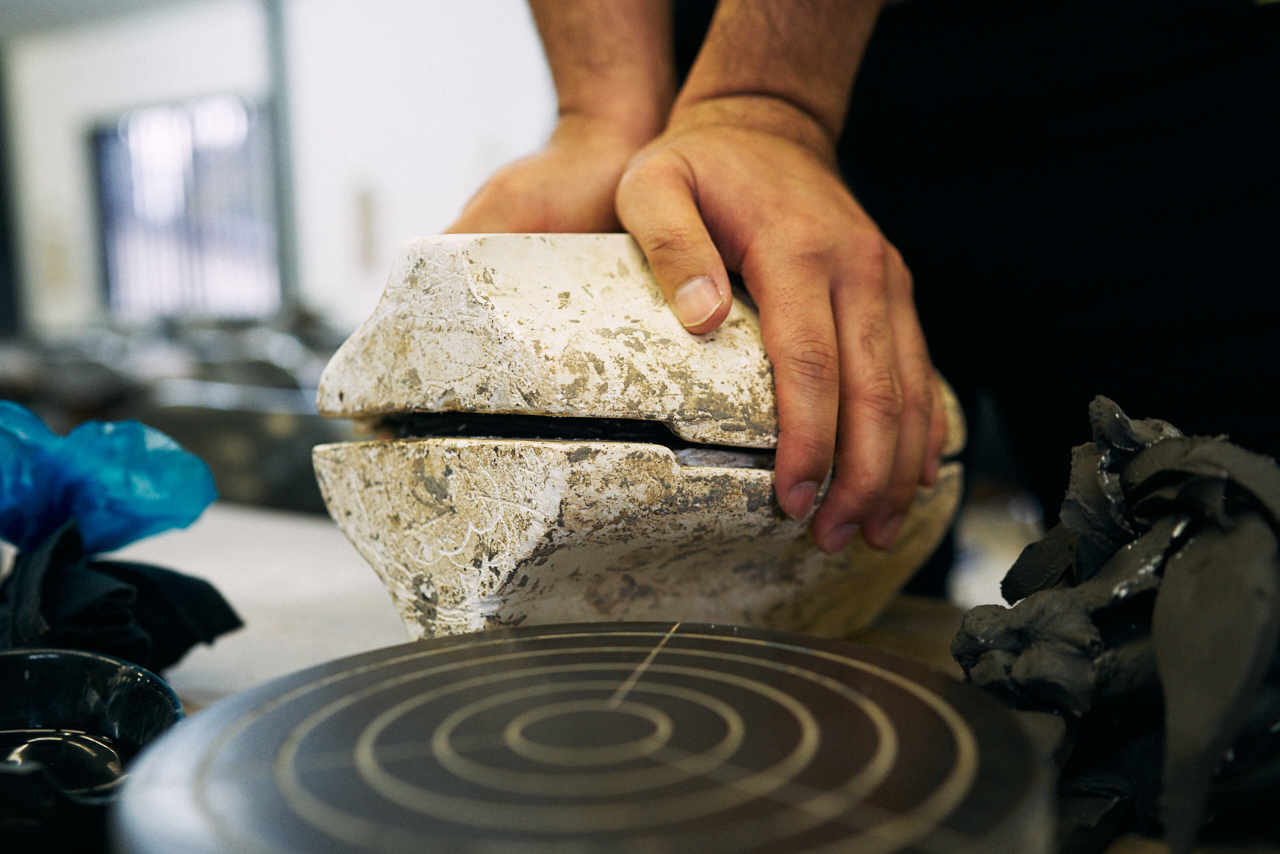 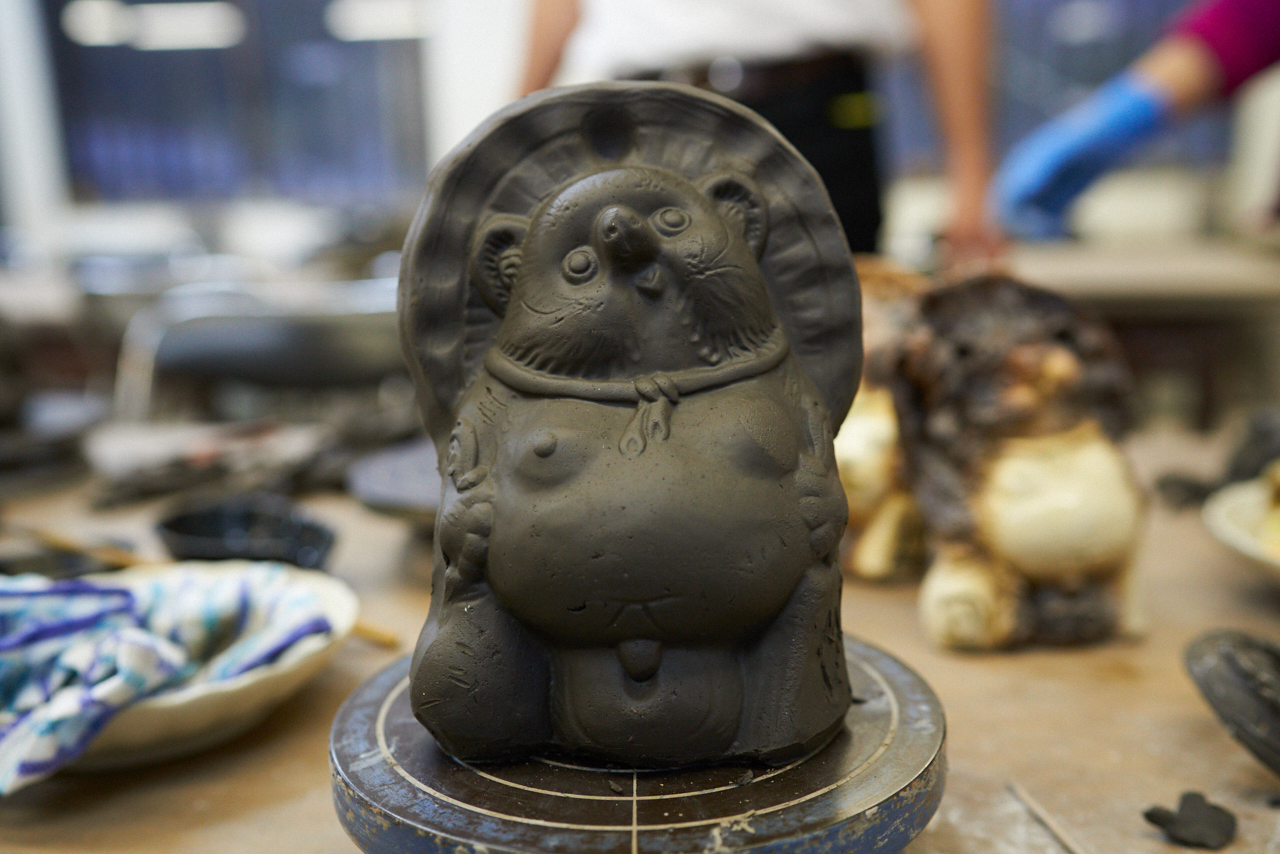 Unfortunately, the clay tanukis take quite some time to fire in their in-house kiln, so if you are visiting Japan on vacation, you most likely will not be able to take your creation home. That being said, simply making your own tanuki is a thoroughly enjoyable experience, and if nothing else, will instill within you a newfound respect for pottery artists.

For younger children who would like to get involved, Tanukimura also offers miniature tanuki sculpture painting. What better souvenir than one you can customize yourself? Best of all, it will be ready to take home that same day. 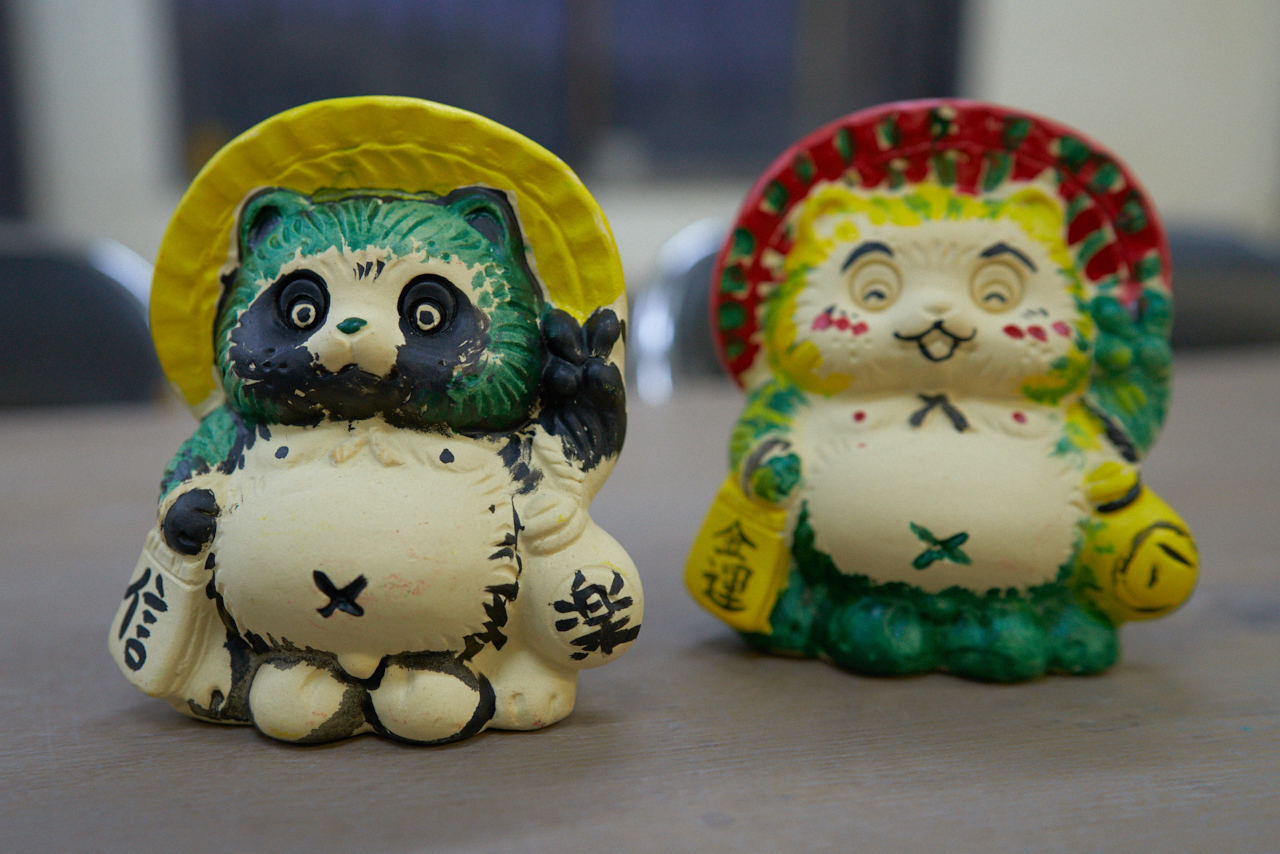 Of course, being expert pottery craftsmen, Tanukimura creates so much more than just tanuki. In their shop, a wide selection of gorgeous, handmade ceramic goods are available; from plates, to teapots, to vases, and more. As each piece is made by hand, no two are exactly alike, but all are uniquely beautiful. Each tiny “imperfection”; every bump or warble along the edges, is a reminder that what you are holding before you was created by a skilled artist who has devoted their life to their craft, and not simply a factory-created plate sold in bulk. Each piece serves as a tangible reminder of Shigaraki’s proud history. 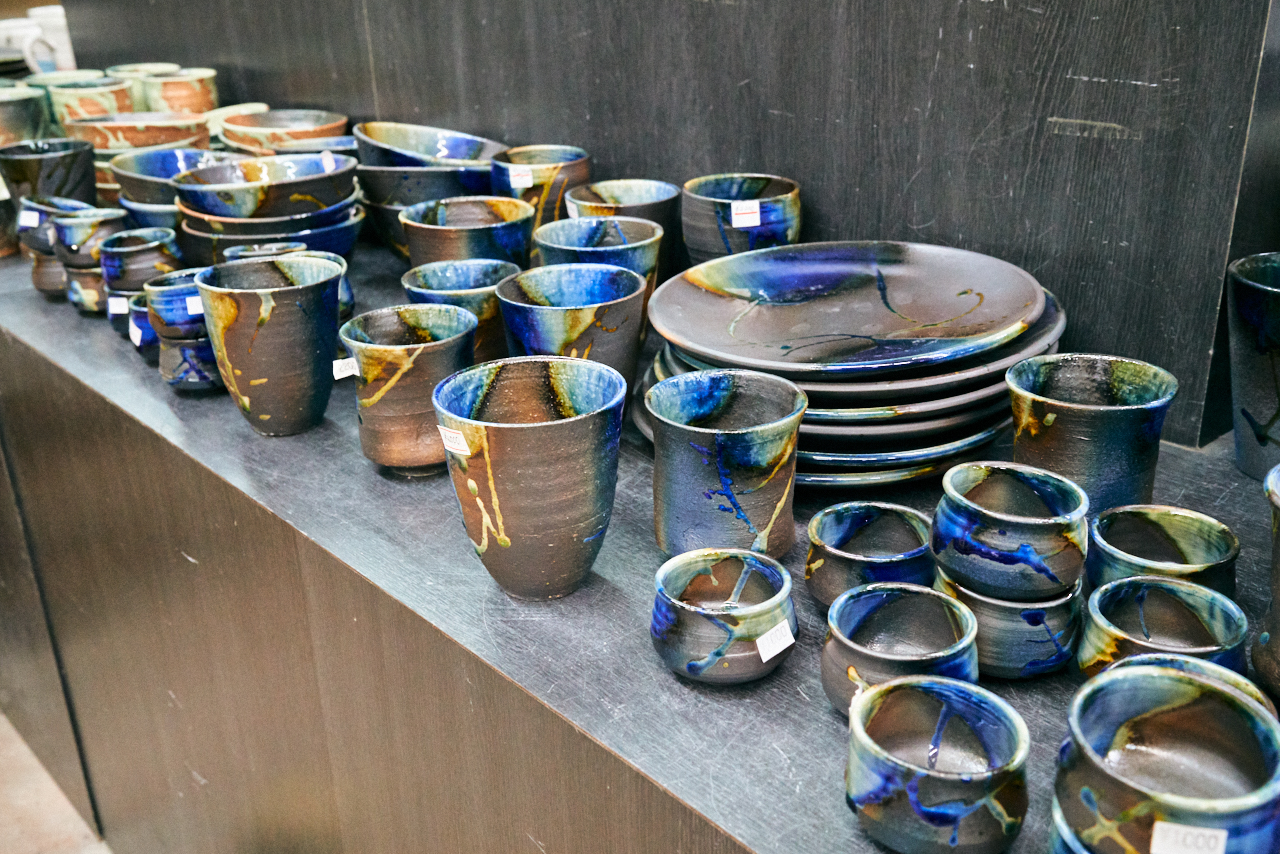 Access：From Shigaraki Station, take the Shigarakikogen Tetsudo Line to Kumoi Station. From here, it is approximately 10 minutes on foot.

With so much historical charm and old-world craftsmanship to offer, Shiga prefecture is sure to be loved by anyone with an interest in Japanese culture. At just over an hour away from downtown Kyoto by public transportation, it’s the perfect weekend outing for your next trip to Japan.